The University of Michigan reported preliminary consumer sentiment numbers for October. University of Michigan data has shown a much smaller bounce than other sentiment surveys, but the preliminary numbers for October did increase versus September. The strongest part of the survey was expectations, which has risen three months in a row to the highest levels since March. Consumers’ current assessment of the economy fell sequentially and is sitting at about the same place it was back in early 2012. 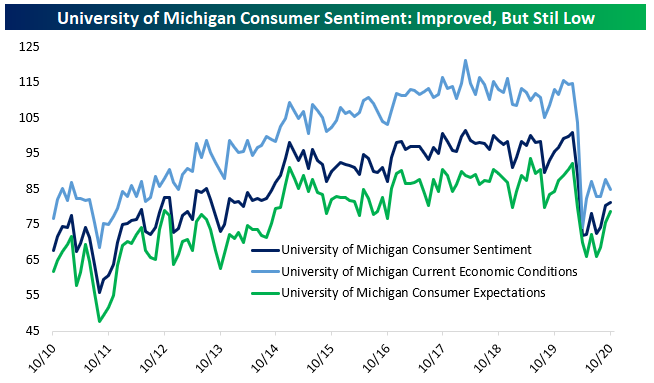 One feature of the University of Michigan poll with incomplete data prior to 2016 but more complete data since is a breakout of economic sentiment by political party affiliation. As shown below, their data shows Republicans getting a massive sentiment boost in the wake of the 2016 election. The key here though, is that the boost to the sentiment of Republicans and the decline for Democrats came after the election as this data is definitely lagging to political outcomes rather than leading. Click here to view Bespoke’s premium membership options for our best research available. 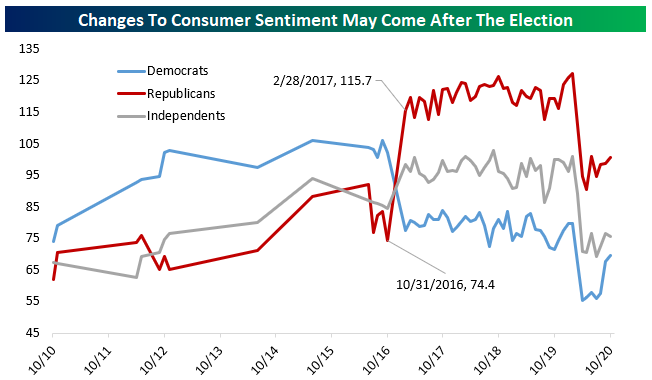