Under the Hood Strength in Texas

This morning the Dallas Fed released its monthly reading on the region’s manufacturing sector.  The headline number was expected to fall for the second month in a row from the October high of 19.8; the highest reading since October of 2018.  While that decline came to fruition, it was an even bigger drop than what was expected as the index fell to 9.7 compared to the forecast of 11.6.  Although the index was lower, December marked the fifth month in a row with expansionary conditions. 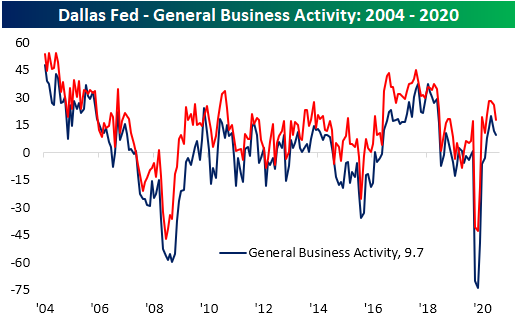 Although the index for General Business Activity fell, the rest of the report saw much more strength.  Other than Finished Good Inventories, every index continued to show expansionary readings with many moving higher month over month. A few indices have even risen into the top decile of historical readings. 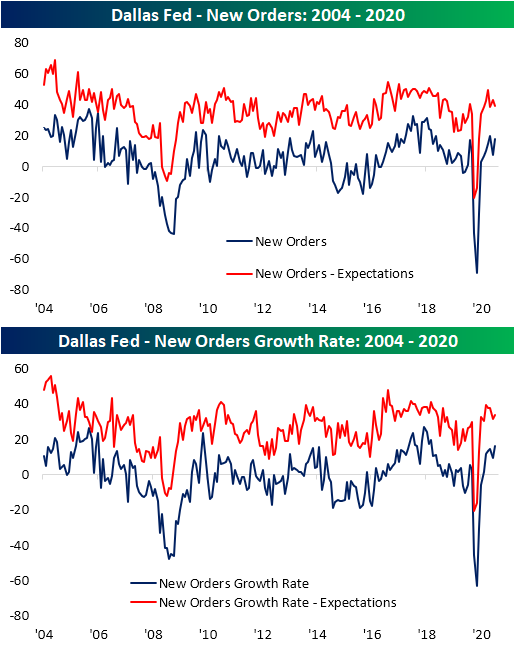 Given demand has continued to rise, Dallas area manufacturers have also appeared to have increased production in a big way in December.  The Production index rose back up to 25.5, matching the pandemic high from October.  Before that, you would need to go back to August of 2018 to find as high of a reading. Additionally, the 18.3 point increase from last month was the largest move since May and June and is tied with December of 2017 for the sixth-largest monthly gain on record. Given production has increased so too has Capacity Utilization, though this index’s moves were not as dramatic as it still sits below highs from a few months ago. 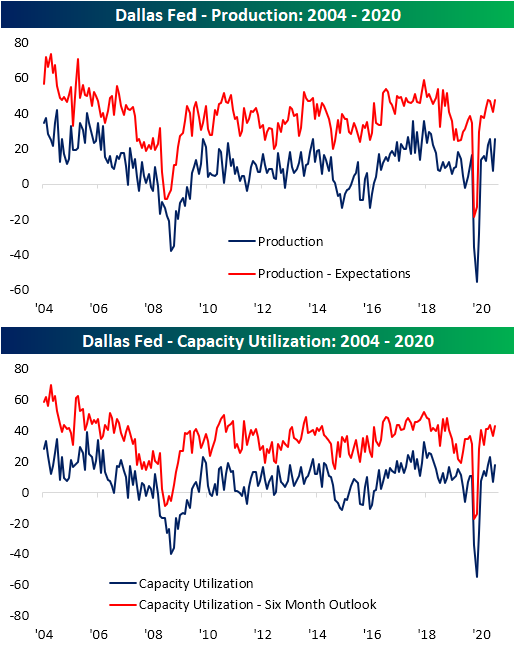 While most indices of the report saw some type of pause in their moves higher in recent months, prices have been on a one-way trip higher.  Prices Paid for Raw Materials accelerated for the fifth month in a row reaching the highest level in over two years.  Expectations for prices of inputs have similarly been elevated relative to recent history as that index rose to a reading of 50 in December; the highest since May of 2018. Those price increases are flowing into the price of finished goods as the index for Prices Received rose another 12.7 points to 17.4.  Again, this was the highest reading since the summer of 2018 and the index for future expectations also reached a new high. 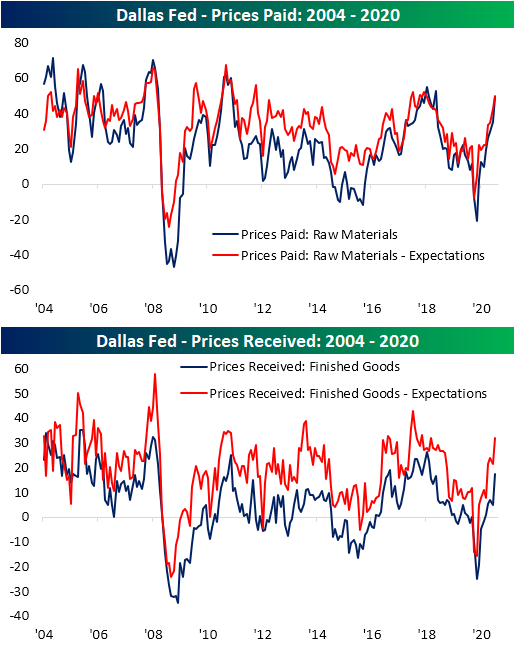 Wages were also on the rise in December as the index rose to 19.1. That is the highest level since right before the pandemic began in February.  Expectations on the other hand are at the highest level since March of last year.  Those increases in wages and benefits come as businesses, in general, raise employment levels.  The index for employment gained another 7.9 points moving to a two-year high of 19.6. While more people are being taken on with better compensation, the index for hours worked fell slightly in December.  Click here to view Bespoke’s premium membership options for our best research available. 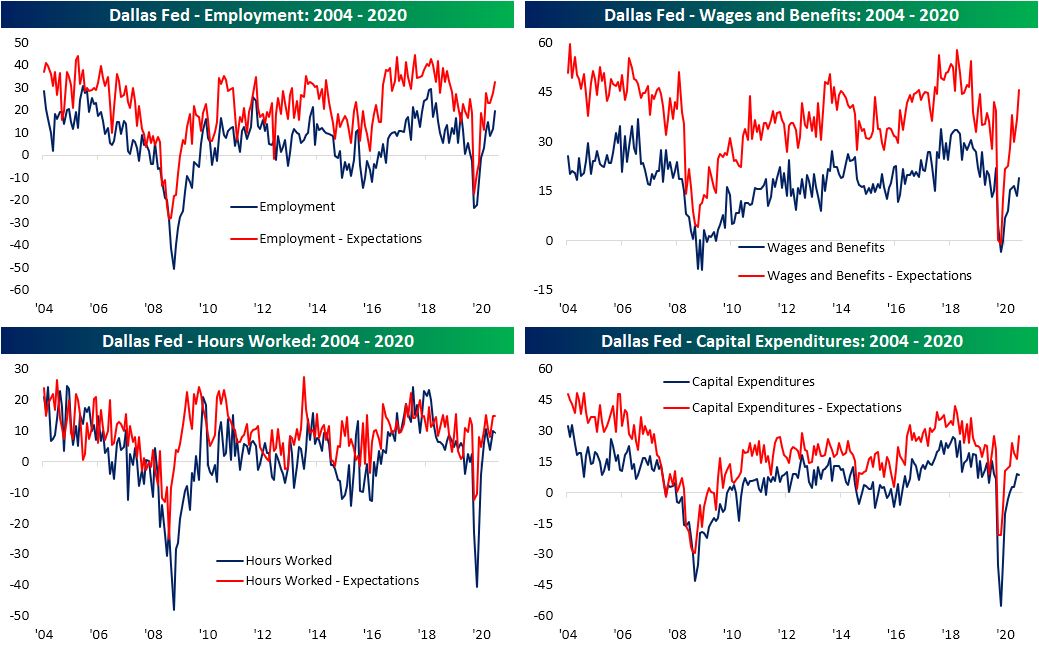