In an earlier post, we highlighted the details of the September NFIB Small Business Optimism report.  The report showed overall sentiment among small businesses has continued to improve as demand has bounced back (though it has not yet fully recovered as still more businesses report lower sales and earnings on a net basis) leading to low inventory levels, higher prices, and a need for more employment.  While generally improved conditions have lifted optimism, that is not to say small businesses have given an all-clear.  The Uncertainty Index from NFIB has risen each of the past three months with September’s 2-point increase bringing it back to the same level as March of this year.  In other words, it is perhaps best to say that small businesses are cautiously optimistic. 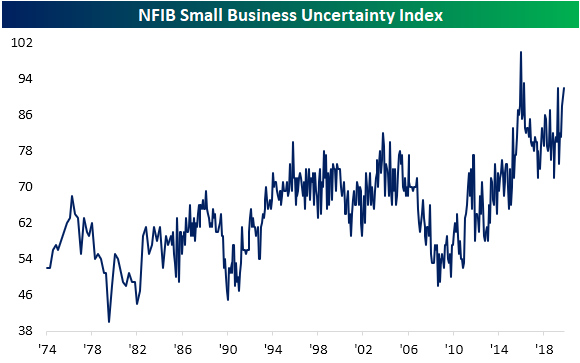 From the pandemic to the Election, there are plenty of reasons for businesses to be uncertain.  As for what they are reporting to be the biggest problems, labor remains at the top.  30% of businesses have reported that either cost (9%) or more predominately quality (21%) of labor are their biggest issues.  While off the highs from the past few years, the current readings are still historically elevated.

Behind labor, government related problems also are largely on the minds of business owners.  Government red tape and taxes combine to account for 29% of businesses’ biggest problems.  While that is a large share, neither of those indices are at any sort of extreme.

Poor sales, on the other hand, remains as the third major concern for businesses.  12% of businesses reported poor sales as the single most important issue in September, down from 15% in August and 7-percentage points lower than the April peak.  While improved, the number of businesses seeing demand as a major issue is still at some of the highest levels of the past several years.  Click here to view Bespoke’s premium membership options for our best research available. 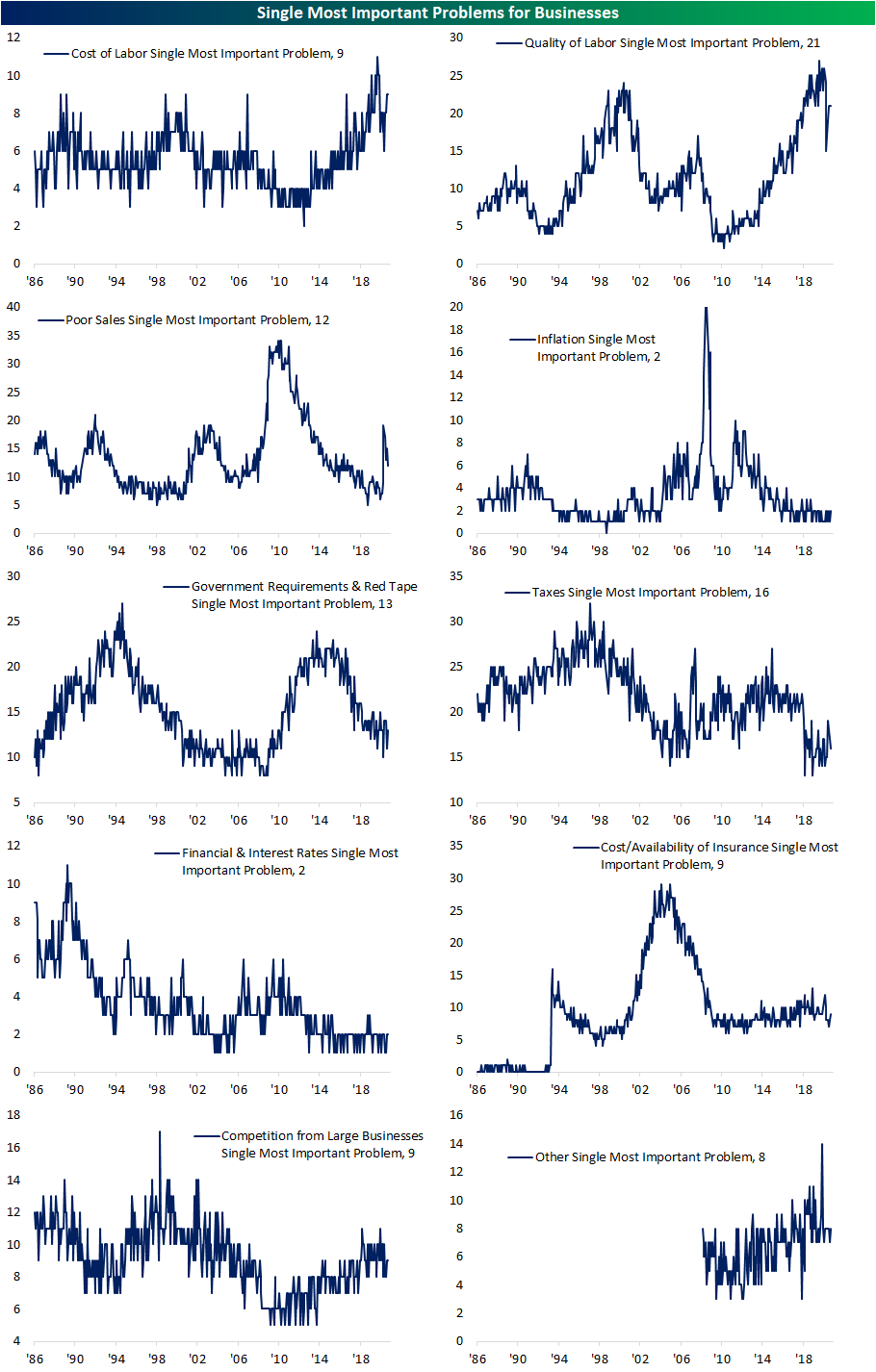