This morning the Richmond Fed released its September reading on the manufacturing sector which showed continued improvement in the Fifth District.  The headline index rose 3 points from 18 in August to 21 in September.  Tha’s the fifth consecutive monthly increase in the headline index and the third month in a row of expansionary readings. That leaves the index at its highest level in two years. 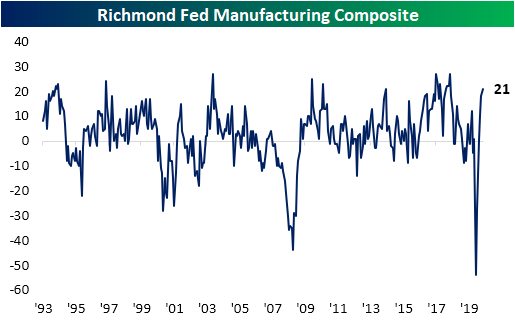 The headline index as well as a number of its components is now in the top 5% of all readings.  Components with historically high readings include New Orders, Order Backlogs, and Capacity Utilization. Breadth in this month’s report was also strong with every index besides Services Expenditures, Availability of Skills, and Raw Materials Inventories sitting in expansion territory. Most indices also rose this month with the only outliers being the index for Shipments, Prices Received, Wages, and the indices for Finished Goods and Raw Material Inventories. 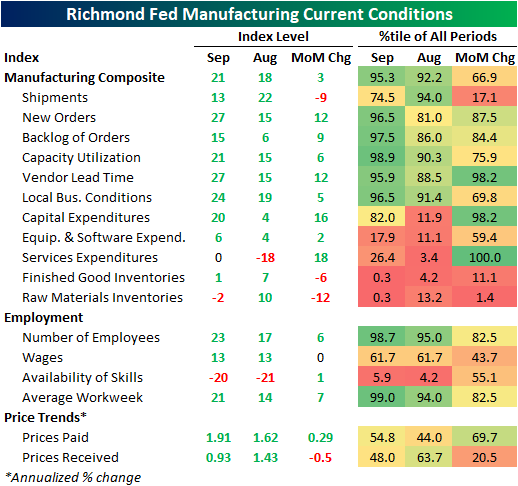 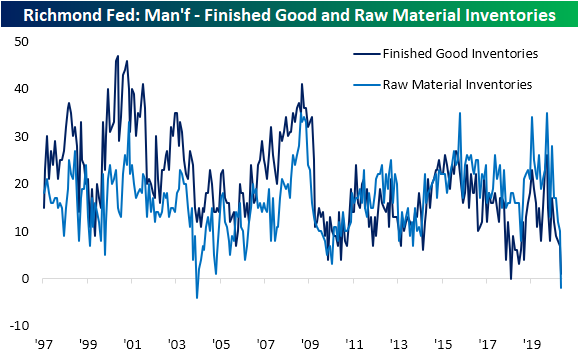 Meanwhile, Employment continues to improve with the index for Current Number of Employees rising to 23 from 17 this month. That is in the 98th percentile of all readings with the last time the index was this high being June through August of 2018. 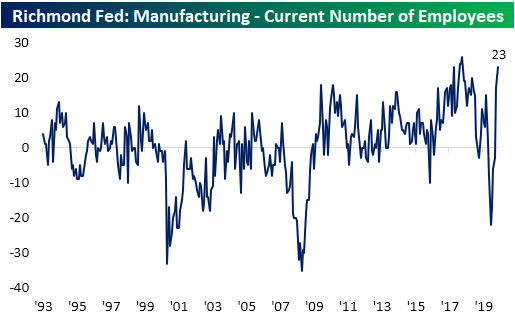 Not only are businesses bringing workers back, but they also appear to be raising expenditures elsewhere. Some of the indices that saw the largest month over month increases were those surrounding expenditures.  For example, Service Expenditures rose from a contractionary -18 to 0 which was the biggest monthly gain on record. Meanwhile, the index for Capital Expenditure’s 16 point increase was likewise one of the largest on record. That also leaves this index at its highest level since in nearly two years. 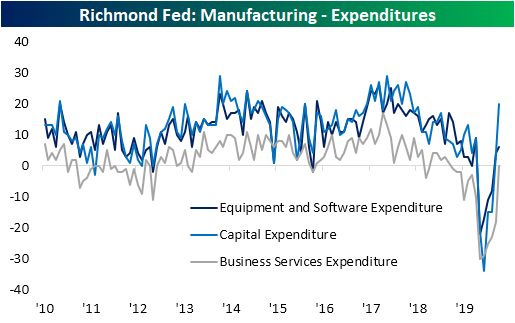 In addition to the regional Fed’s look at the manufacturing sector, the Richmond Fed also includes readings on the service sector.  As shown below, while there is not an all-encompassing number like the manufacturing composite, September marked a broad pivot into expansion for most indices of the services economy after multiple months of contractionary readings.  Some indices, like the one for Equipment and Software Expenditure, even experienced their largest one-month gains on record. The same is even applicable to the indices for future expectations in the services sector. Of those indices, Equipment and Software Expenditure and Services Expenditures, both saw their biggest one-month gains ever while several others were in the 90th percentile or better of monthly moves. Granted, those gains still only leave them at the low ends of their historical ranges.  In other words, conditions improved, but not to the same extent as the manufacturing sector.Click here to view Bespoke’s premium membership options for our best research available. 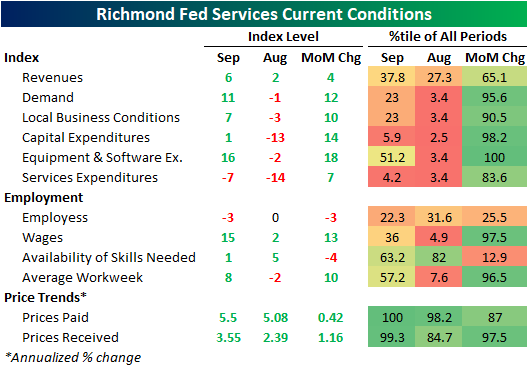 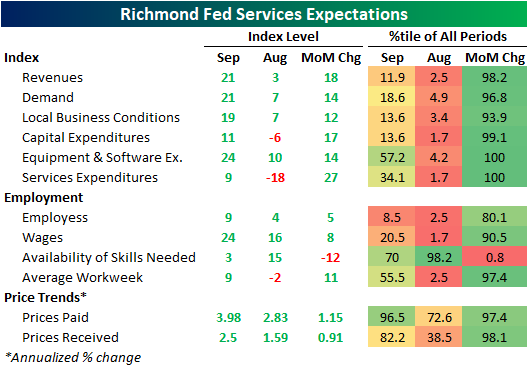