As equities have rebounded in the past week with the S&P 500 and Dow returning to all-time highs today, sentiment has gotten a boost.  After falling in back-to-back weeks, bullish sentiment as measured by the AAII’s weekly survey snapped back rising 9.1 percentage points to 49.4%.  That was the biggest one-week increase since the week of November 12th when it rose 17.88 percentage points, and it is also the highest level of bullish sentiment since then. 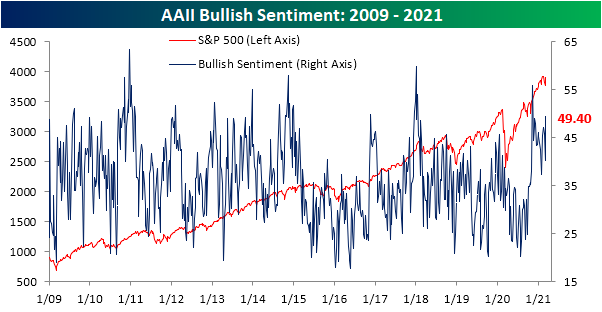 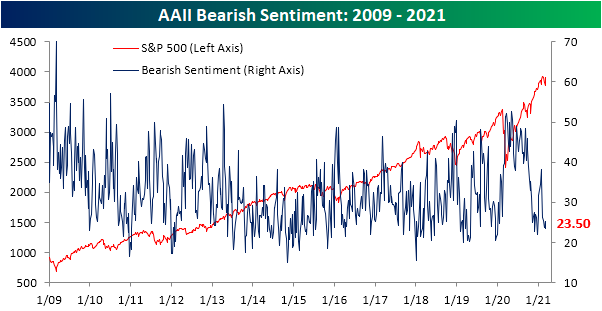 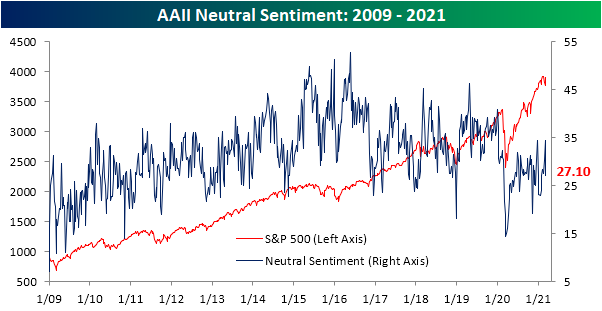 These changes in sentiment have meant that the bull-bear spread took a sharp move higher rising to 25.9.  That is the highest level in the spread since the first week of December when it was slightly higher at 26.41. Prior to that, the only recent reading that was as high was November 12th which was the highest level in over two years. 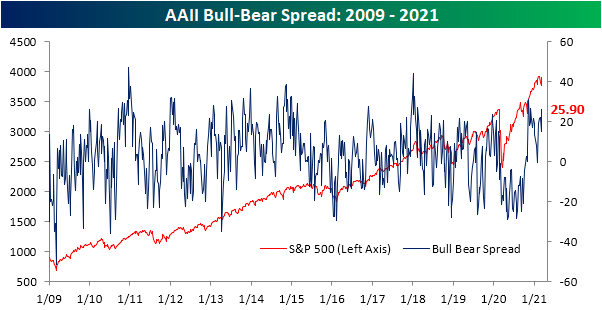 While the AAII’s survey has reflected the bounce in equities over the past week, another sentiment survey is not yet reflecting this week’s price action.  The Investors Intelligence survey of equity newsletter writers showed bullish sentiment fell 2.9 percentage points to 51%.  That is the lowest level since the end of last May when it was 50.5%. Meanwhile, bearish sentiment rose 2 percentage points to 20.6%; the highest since early November.  This survey also queries respondents on whether or not they are looking for a correction.  With the Nasdaq having met the technical definition of a correction earlier this week (a 10% decline from a high), it’s not surprising that the highest share of respondents, 28.4%, reported that they are looking for a correction since late September.  Click here to view Bespoke’s premium membership options for our best research available. 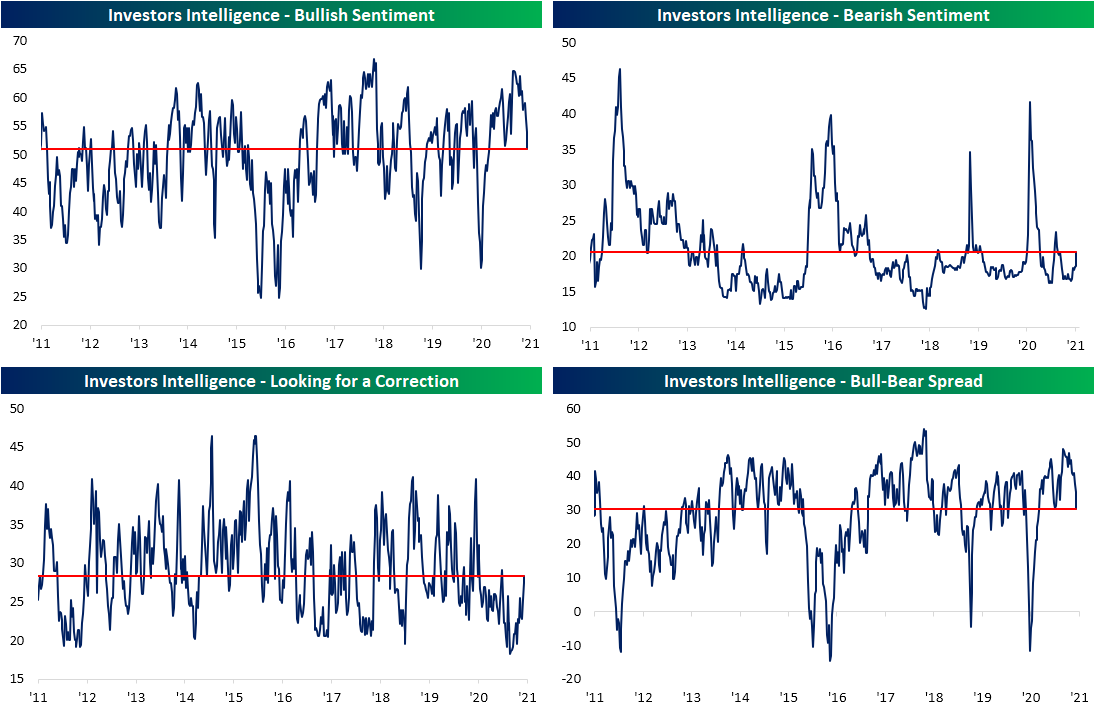