Like JPM, while both stocks have experienced very negative short-term reactions to their earnings reports, during the entire run of declines on their earnings reaction days, they have both rallied sharply.  In the case of BAC, the stock has rallied 33% since the start of 2020 when its earnings losing streak began, while shares of C are up 95% since the start of April when its six-quarter streak began.  In the case of Citi, in fact, it has actually outperformed the S&P 500 which is up 75% in that same span.  As noted with JPM, the performance of these two stocks also suggests that a stock’s short-term reaction to earnings isn’t necessarily a good indicator of its longer-term outlook.  Click here to view Bespoke’s premium membership options. 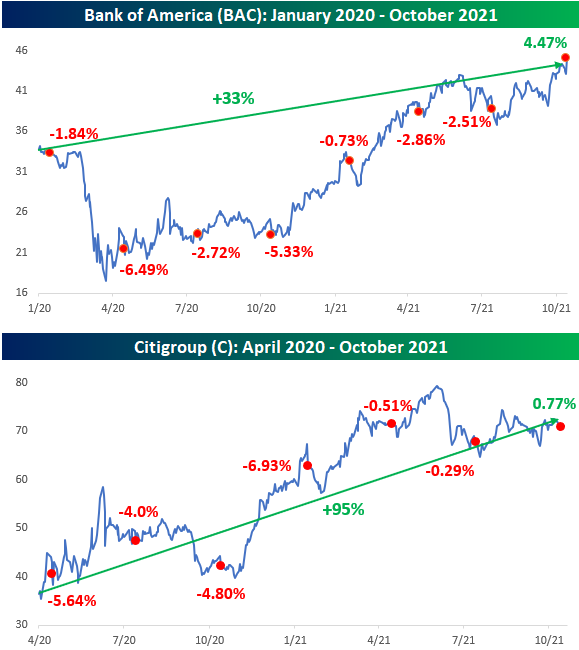