Since March 1st, three-quarters of companies have beaten consensus analyst estimates on the top and bottom line, while 16% have raised guidance. Given this, the number of stocks reporting a triple play—EPS and sales beat alongside raised guidance—has been back on the rise.  In the chart below we show the percentage of stocks reporting triple plays by quarter throughout the history of our earnings database dating back to 2001.  With strong beat rates over the past year, the rate of triple plays has ripped higher to unprecedented levels.  After a slight dip during the Q4 2020 reporting period, 14.1% of all earnings reports have been triple plays since March 1st.  That’s almost as high as the record reading of 14.6% seen during the Q3 2020 period. 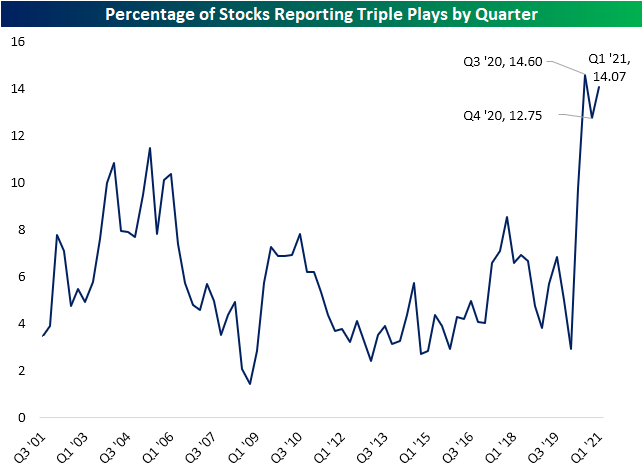 One interesting aspect of earnings over the past year has been stock price reactions.  Perhaps due to a higher number of companies doing so, a company exceeding sales or EPS estimates or reporting a triple play has lost some of its luster.  Particularly for triple plays, historically these stocks have averaged a 5.22% rally on their first full trading day after earnings.  (For stocks that report after the close, we’re referencing its change on the next trading day.  For stocks that report before the open, we’re referencing its change on that trading day.)  In the two earnings seasons prior to the current one, the average full-day stock price reaction was not even half of that.  So far this earnings season, average reactions for triple plays remain well below the historic average, but they are improving.  Triple plays have averaged a 4.68% gain on Q1 earnings this year.  Reactions to earnings more broadly have seen the same dynamic play out.  Reactions in aggregate have been on the weak side but are recovering. 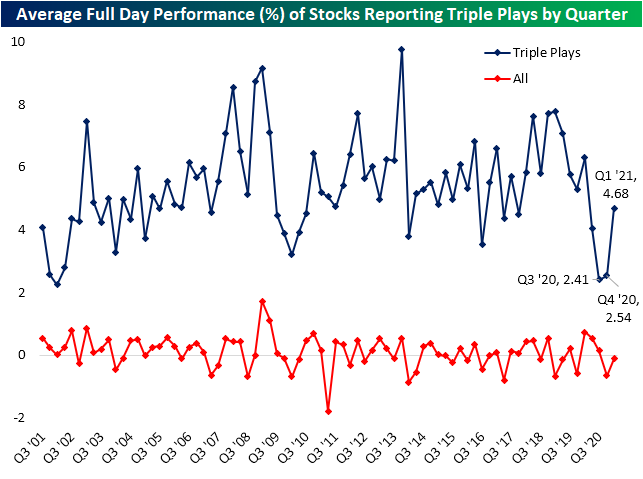 While there are still plenty of earnings reports left on the docket this season, the reading at the moment for the Tech sector is at 23.93%. Although that is still extremely strong, more than double the historical average, it is lower for the second quarter in a row. Meanwhile, other sectors are seeing their shares of stocks reporting triple plays surge. For example, Industrials, Consumer Discretionary, and Materials currently all have a record percentage of stocks reporting triple plays.  Though not at records, Communication Services and Real Estate also have very high readings. When it comes to triple plays, the numbers are really expanding to sectors outside of Tech.  Click here to view Bespoke’s premium membership options for our best research available. 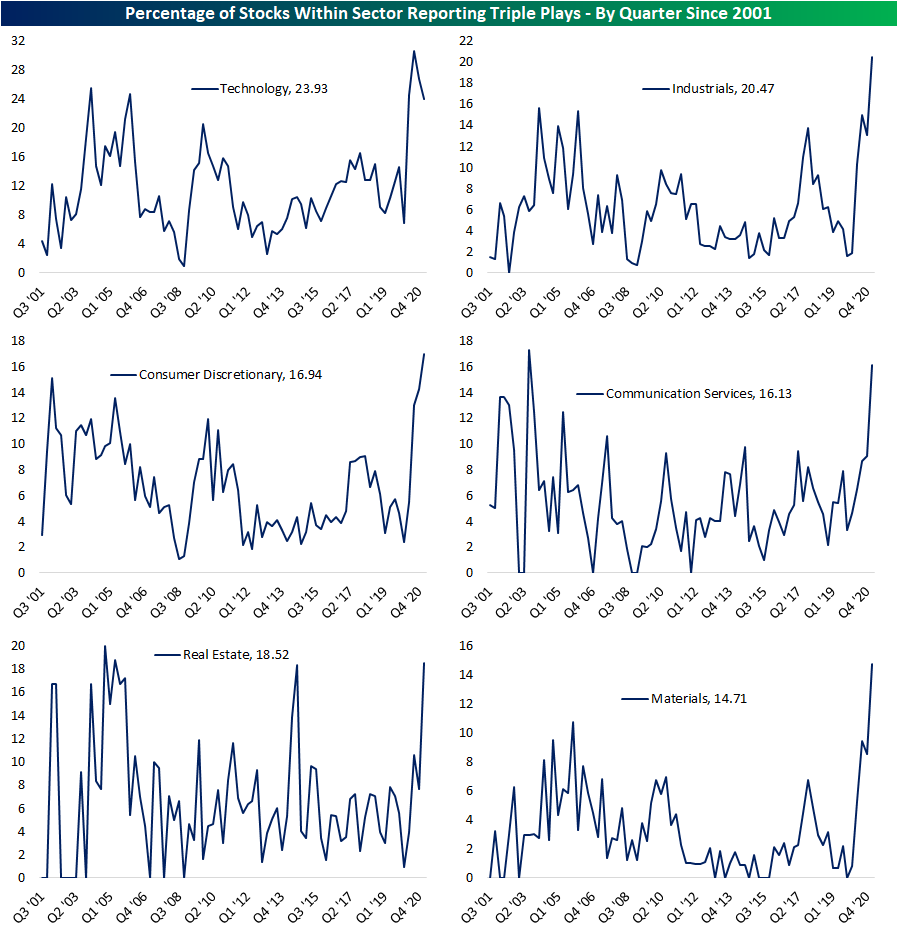