Triple Plays Back to Performing Well

We’ve been tracking earnings “triple plays” for the last 15+ years.  A company registers an earnings triple play when it reports results that 1) beat consensus EPS estimates, 2) beat consensus revenue estimates, and 3) raise forward guidance.  You can read more about the term over at Investopedia where they’ve given Bespoke credit. 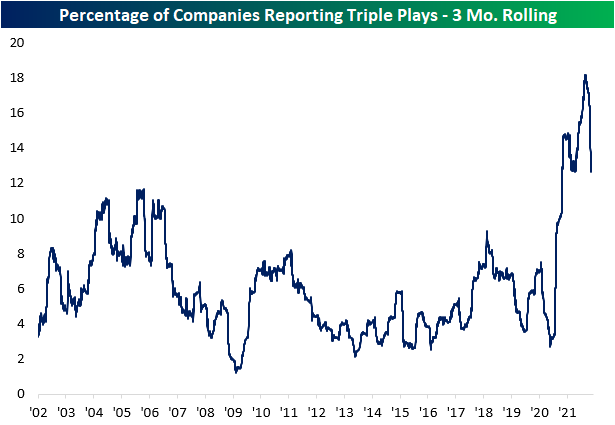 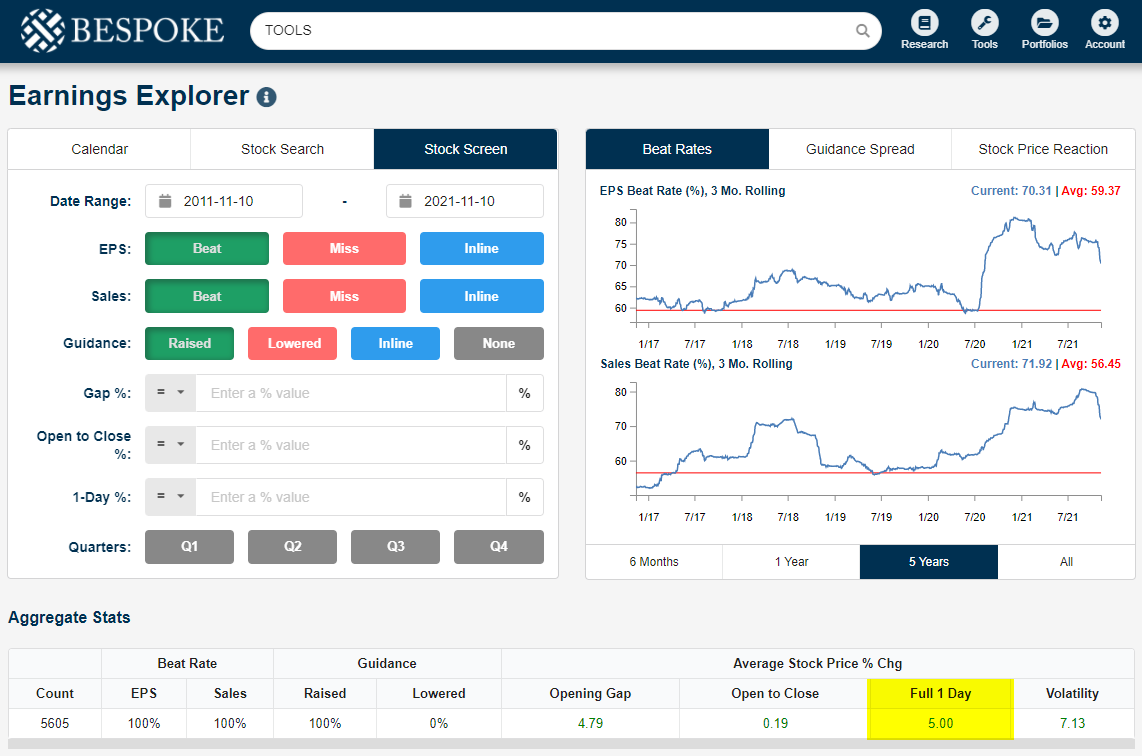 As you can see, the average one-day gain for triple plays fell sharply after the Covid recession at the same time that the percentage of companies reporting triple plays was spiking.  This intuitively makes sense — the more common triple plays are, the less investors will reward the stocks that are reporting them.

Over the last week, the 82 stocks that have reported earnings triple plays have averaged a one-day gain of 5.67%, and more than a quarter of them have gained more than 10%.

Bespoke subscribers can track both earnings trends more broadly and also see a continuously updated list of recent earnings triple plays.  If you’d like to see the list of this earnings season’s triple plays, simply click here to start a two-week trial to Bespoke Premium today. 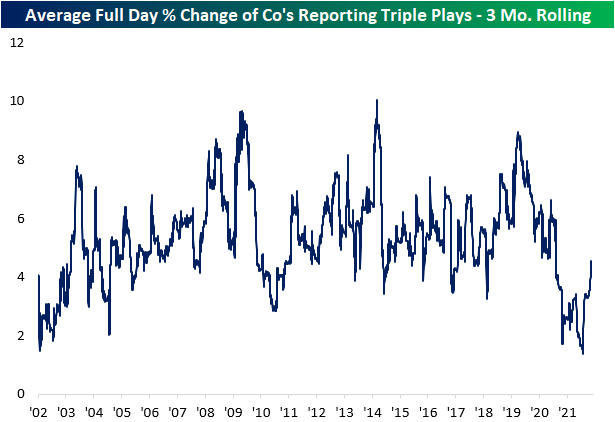