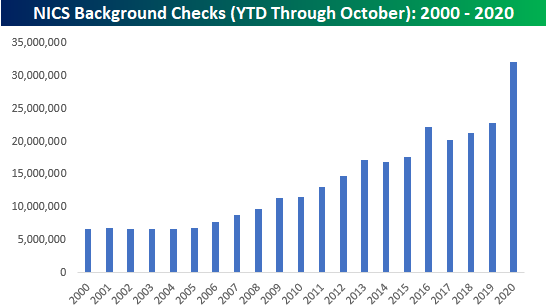 Not only is this year’s increase in background checks the highest on record, but the y/y increase in this year’s first ten months relative to last year is also the largest increase on record.  Prior to 2020, the largest y/y change over the first ten months of the year was 2016’s increase of 26.3%.  This year, though, background checks are up by over 40%!  We’ve seen a number of statistics this year showing that uncertainty on the part of Americans towards the economy and country, in general, is at record highs, and the increase in the number of Americans purchasing firearms is just another real-life example.  Click here to view Bespoke’s premium membership options and unlock full access to our research and interactive tools. 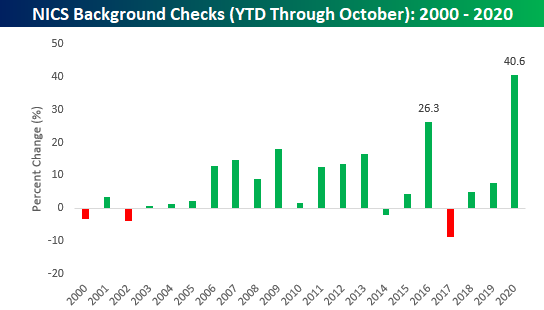