More and more of the major US index ETFs are exiting their long-term downtrends. We are starting the week with only five currently in a downtrend as indicated by our Trend Analyzer tool. The remaining nine are trending sideways. This follows a relatively flat week with each index ETF moving less than 1%.  Last week saw some mixed performance from these ETFs as most saw gains but four moved lower. The Nasdaq (QQQ) gained the most at 0.87% while the Core S&P Small Cap (IJR) just about saw the opposite declining 0.85%. Despite some pullback last week, conditions generally remain overbought, though, not at any extreme level as a number of these ETFs are less overbought than they were at the start of last week. This is especially the case for small and mid-caps which were the weakest of the group last week.  This is in spite of the fact that these same names have done the best on the year.  For example, we are starting the week with the Russell 2000 (IWM) up over 18% YTD.  The Micro Cap ETF (IWC) is not far behind up 17.47% on a year to date basis. 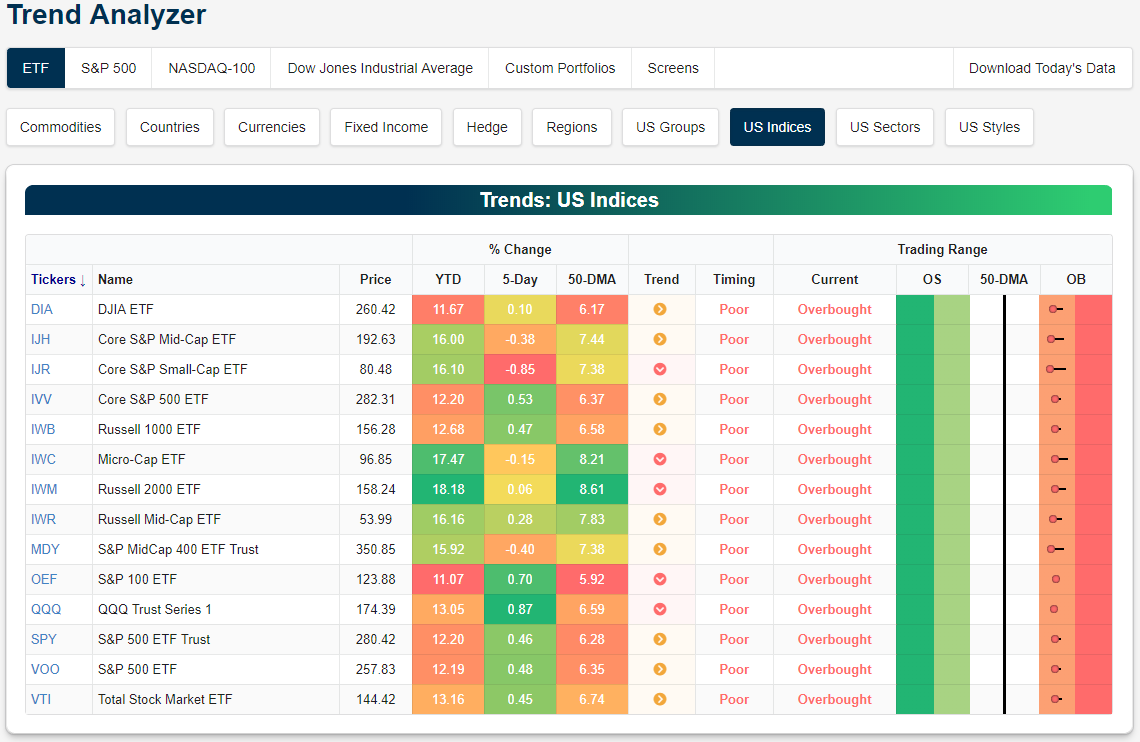