With the United States now the single-largest country for COVID-19 confirmed cases at 143,055 (as-of this writing), keeping track of state-level breakouts is becoming increasingly important for tracking the evolution of the disease globally. In the table below, we show statistics by state that include: deaths, change in deaths day-over-day, cases, change in cases day-over-day, tests, and the change in tests day-over-day in both raw numbers and adjusted for state population. We also show the percentage of tests that come back positive, as a percentage of new tests that day.

There’s a huge amount of diversity across states both in terms of the severity of outbreaks (deaths), best-guesses at size and growth (cases and case growth), and state response (test count growth). That’s true both on a raw basis and adjusted for population. New York looks by far the worst based on both absolute and per capita outbreak numbers, but it’s testing a lot of people. Unfortunately, almost half of the tests are coming back positive, which is not an encouraging sign in terms of stemming the outbreak. The opposite sort of state is Hawaii, which has had no deaths, only 150 confirmed cases and has seen only 1.2% of tests come back positive despite testing almost twice as many people per capita as California and running new tests at a per capita rate twice that of New York. Start a two-week free trial to Bespoke Premium to see our list of “Stocks for the COVID Economy.” 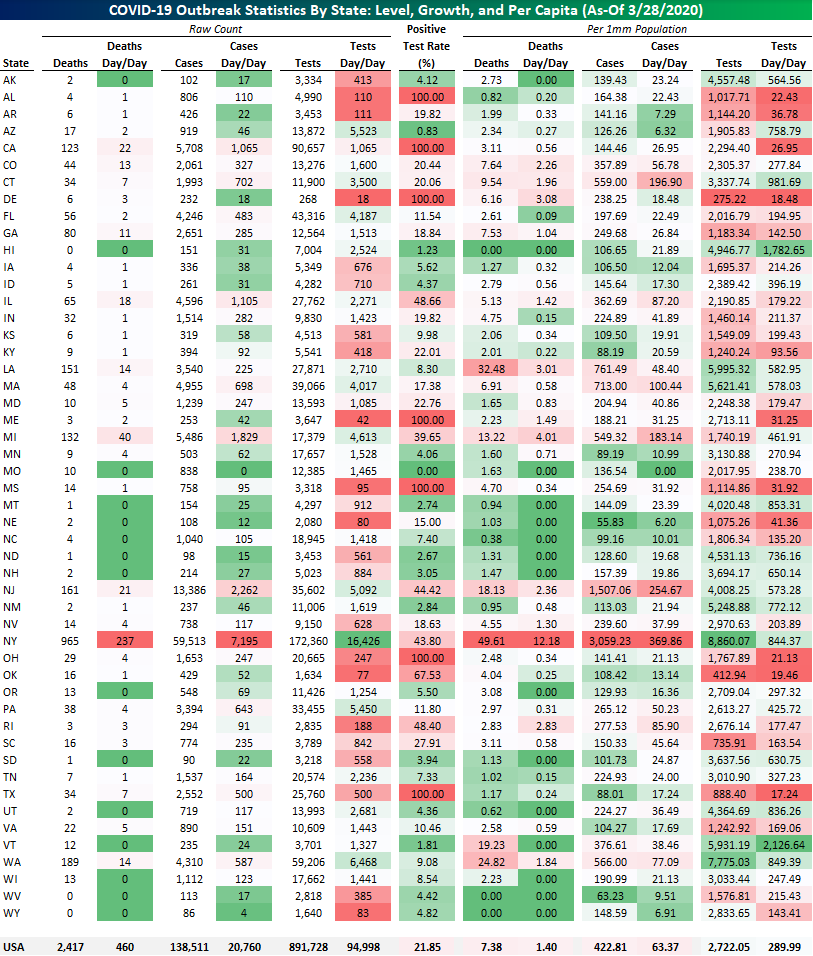