Economic data has continued to show the adverse impact of the coronavirus, but the bulk of last week’s economic data actually came in better than estimates or the prior period.  One of the main points of weakness has been manufacturing data. The last of the regional Fed indices, the Dallas Fed, came out last week with a massive decline to -70 compared to estimates of -10.  While ISM’s headline number held up and even beating estimates, under the hood, it was much weaker with a collapse in New Orders.  Jobless claims have continued to surge and were once again a major focus of the week’s data after rising to 6,648K.  But claims were not the only labor data point out last week.  Friday’s nonfarm payroll report saw the biggest miss relative to expectations on record and the first decline in nearly a decade. 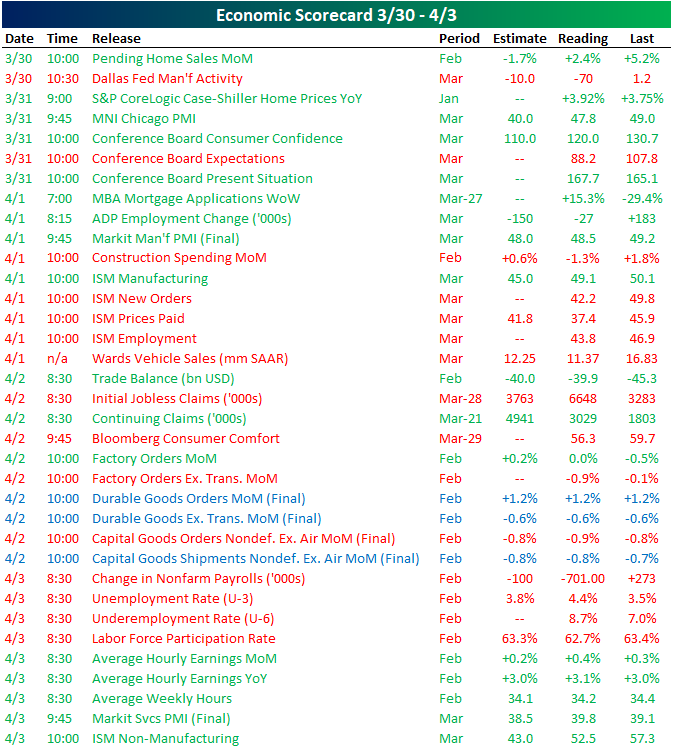 Turning to this week, the data slate will lighten up quite a bit.  Today there are no releases scheduled with the February JOLTS report and Consumer Credit data kicking things off tomorrow.  The last reading for JOLTS showed a massive decline and miss.  Elsewhere in labor data, jobless claims are forecasted to moderate slightly. Granted, they are still expected to print around 5 million.  PPI and CPI inflation data are also on the docket set to be released Thursday and Friday, respectively.  Although there is some data being released on Friday, markets will be closed due to the Good Friday holiday. Start a two-week free trial to Bespoke Institutional to access our interactive economic indicators monitor and much more. 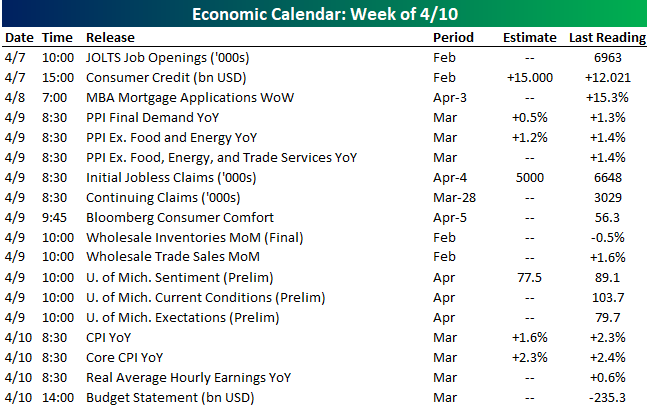