This is a Recession?

According to the National Bureau of Economic Research (NBER), the US economy peaked in February of 2020 with the economy beginning its downturn in March.  With August just finishing, until the NBER says otherwise, we are now six months into the current recession.  This morning’s ISM Manufacturing report for the month of August, however, would beg to differ.

Not only did the August report surpass expectations, but it also came in above 50 (expansion territory) for the third straight month.  What stood out even more than the headline reading, though, was the commentary section of the report (shown below).  Do these sound like the types of responses you would expect to see in a recession?  Outside of one comment in the Transportation Equipment sector and another in the Machinery sector, all of the other responses were not only positive but in many cases, they were downright bullish.  Interested in staying on top of the latest trends related to the market and economy?  Start a two-week free trial to Bespoke Premium by clicking here. 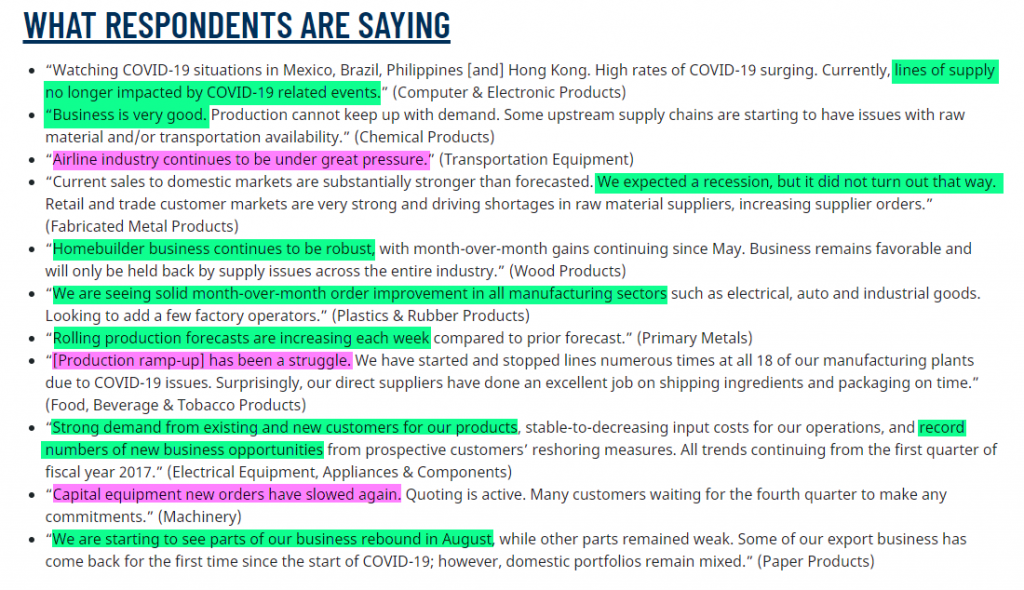