Last week, over a quarter of respondents to the AAII sentiment survey reported bullish sentiment for the first time in over a month. As the S&P 500 has made a considerable move to the upside, bulls have continued to come back this week rising to 29.6%. The percentage of respondents reporting as optimistic has now come back within one standard deviation of its historical average and is at the highest level since the first week of June. 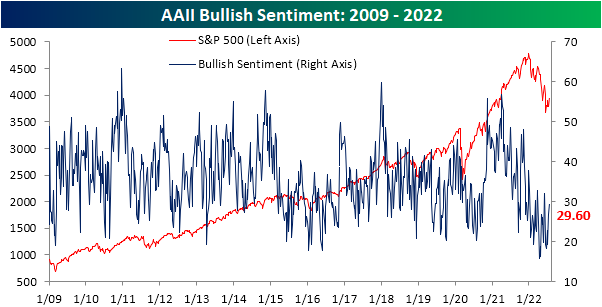 Bearish sentiment has fallen in lockstep with the increase in bullish sentiment.  After coming in at over 50% two weeks ago, the reading has shed 10.6 percentage points. Albeit improved, bearish sentiment remains well above the historical average and the double-digit two-week decline is actually the seventh of the year.  In other words, the sharp drop in bearish sentiment is not exactly unusual compared to other moves this year as it still has further to go until it reaches a more “normal” level. 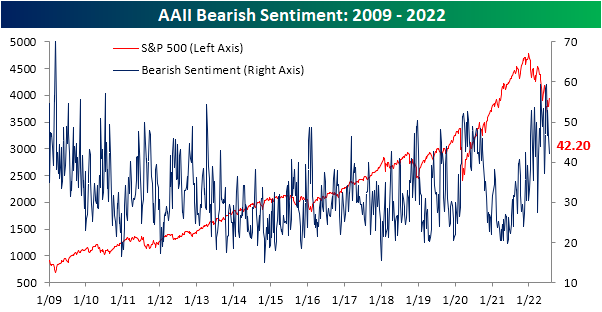 Regardless, with inverse moves in bulls and bears the bull-bear spread has risen to -12.6.  That is the highest reading since the first week of June and, as shown in the second chart below, the 16th consecutive week with bears outnumbering bulls.  Clearing two other streaks from the early 2000s, that is now the third longest streak on record behind the 22 and 34-week-long streaks ending in December 1990 and October 2020, respectively. 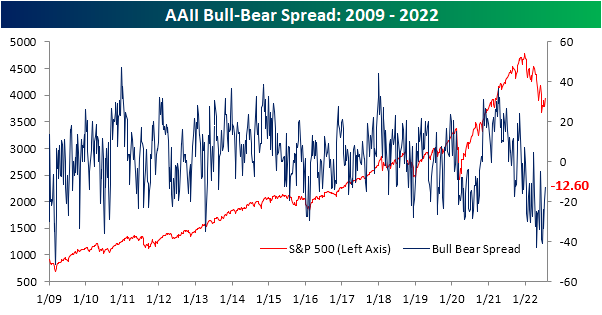 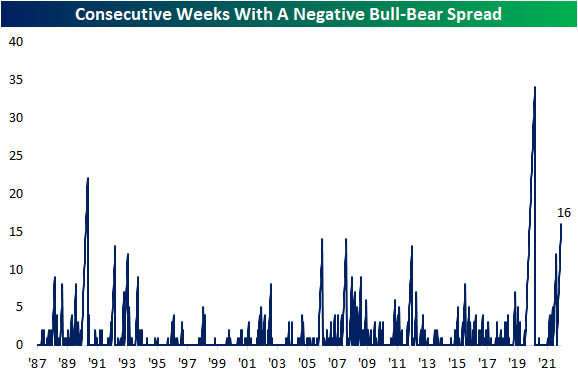 Not all of the losses to bears went to bulls. Neutral sentiment also rose this week rising to 28.2% from 26.6% last week.  That is the highest level in three weeks as neutral sentiment has generally been less volatile than bulls and bears recently. Click here to learn more about Bespoke’s premium stock market research service. 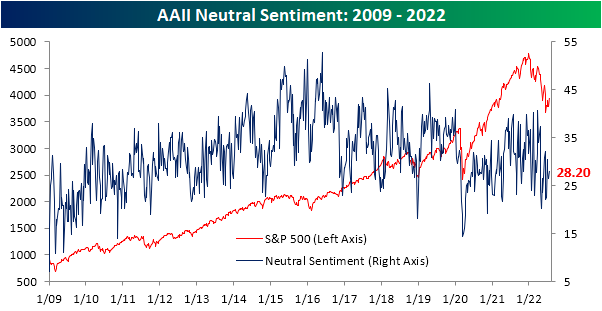