In the big slug of economic data released today were two regional Federal Reserve bank readings on their districts’ manufacturing sector. The first and perhaps stronger of the two came out of Philadelphia. The headline number fell to 26.3 from 32.3, but that was better than a more aggressive downside forecast for a drop down to 22.5. While the headline index declines, it is still indicative of further growth to business conditions in the third district.

In addition to the headline number, every other category of the report pointed to expansionary activity in November with some currently in the top percentile of all readings throughout the history of the report going back to May of 1968. Breadth was a bit mixed, though, as four of the ten current condition indices fell from last month.  In terms of future expectations, breadth was even weaker as seven of the eleven indices declined.  For the headline index, the 18.4 point decline in expectations was in the bottom 3% of all readings. Overall, despite some deceleration in certain areas and a generally weaker outlook, the report pointed to further improvements in the district’s manufacturing sector. 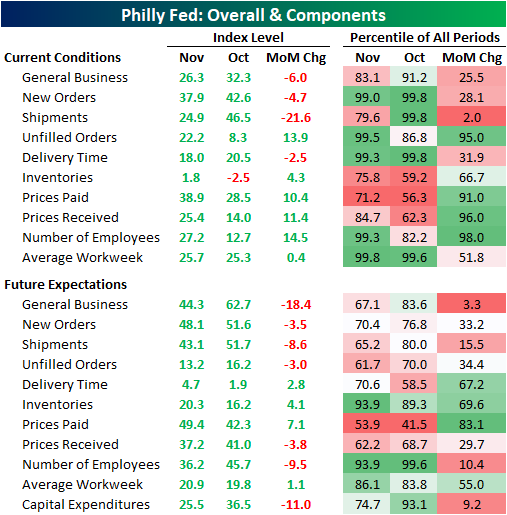 Beginning with demand, the current conditions indicator for new orders remained positive around some of the strongest levels of the past several decades even after a 4.7 point decline.  This means that fewer companies reported increases in orders in the month of November but nonetheless, a large share are still seeing growth in orders. Unfilled orders have also surged as that index climbed 13.9 points to 22.2.  That is the highest level since March of 1973 and the month over month gain is in the top 5% of all monthly moves. 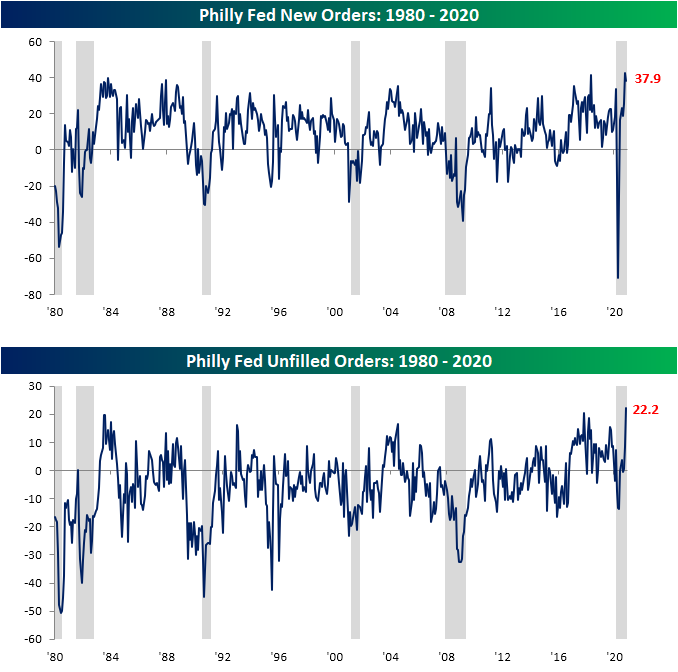 As unfilled orders have climbed dramatically, shipments have declined dramatically.  This index fell 21.6 points this month which was the largest month-over-month decline since March and April.  Outside of those declines, April of 2016 was the last time shipments had fallen by as much or more.  Despite that decline, the index remains at healthy levels at the top end of the past few year’s range. 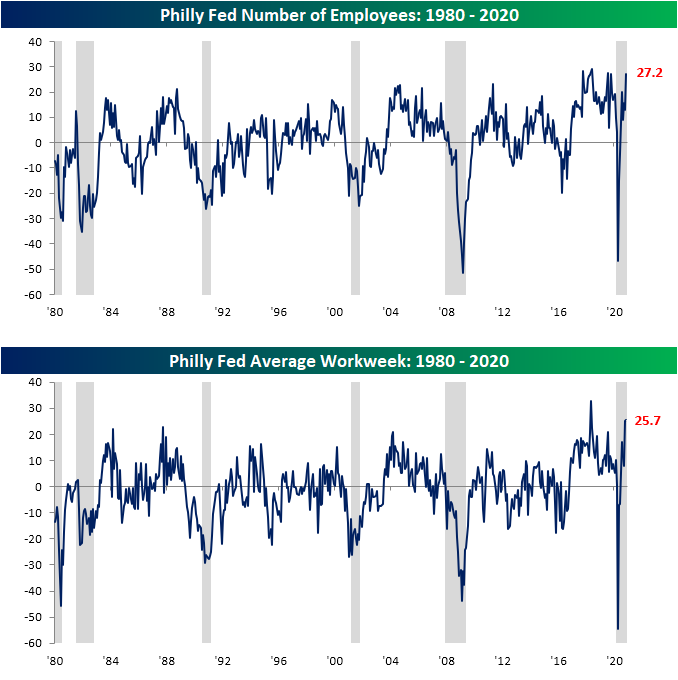 With demand strong and people returning to work, both prices paid and received have continued to accelerate.  Prices Paid rose to the highest level in two years while prices received reached the highest level since February of last year. Click here to view Bespoke’s premium membership options for our best research available. 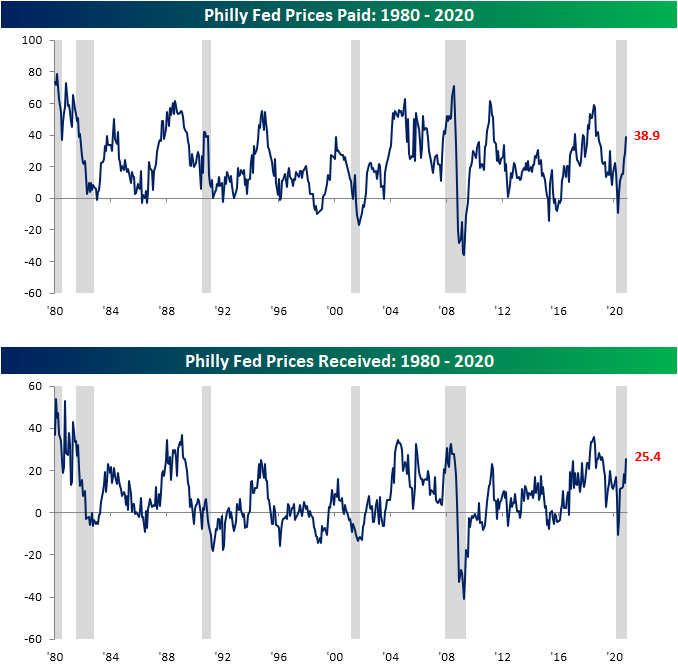