The Return to the Road

Thursday afternoon, Elon Musk tweeted the chart below showing usage (as a percentage of maximum) of Tesla charging stations by global region on a rolling 7-day basis. While the APAC region broadly has not skipped a beat during the COVID-19 pandemic, North America, as well as the EMEA region (Europe, Africa, and the Middle East), saw usage crater in the past few months as stay at home orders were observed and fewer people traveled. But things look to have bottomed out in April as the economy shows hints of reopening and people take to the roads.

At the lows, these two regions saw charge station usage fall to the high 20%/low 30% range just like China did earlier this year.  Focusing on China, once the lockdowns were lifted, usage saw a one-way street higher as it climbed back up to more normal levels. If North America and EMEA follow similar patterns, within a month they too should be back up to their prior ranges. 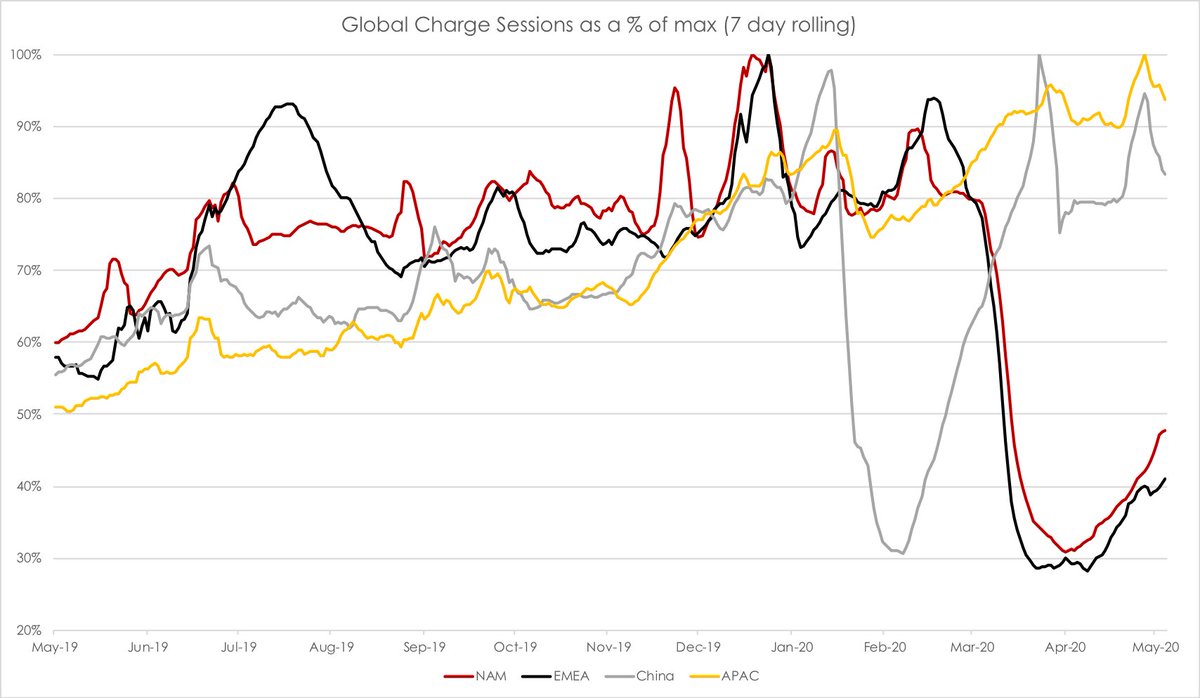 Although the electric car market is a fraction of the size of combustion engine cars, gasoline-powered cars have been showing a similar trend as could be inferred from recent petroleum-based data. The chart below shows gasoline demand from the EIA’s Weekly Petroleum Status Report.  Although demand for the fuel that powers the bulk of the world’s vehicles remains at historically low levels, it too has begun to pick up in recent weeks after bottoming in the first week of April. This week actually marked the fifth straight week with an increase in demand. Again that is likely in part thanks to the economy reopening but seasonality is also another factor.  As seen in the chart below, the summer months typically see the highest demand for the year. Overall, while demand is still far from normal levels, the combined pickup, as well as charger usage, seems to point that drivers in the US and around the globe are at least partially taking to the roads again whether that be in the form of the daily commute or summer getaway.  Start a two-week free trial to Bespoke Institutional to access our interactive economic indicators monitor and much more. 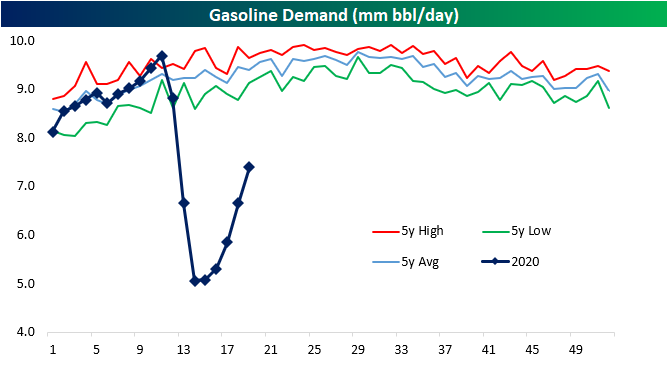