The Most Volatile Stocks on Earnings: Q3 2020

The Q3 earnings season began in earnest this morning with the first of the big banks (C and JPM) reporting.  As shown below, the number of reports per day will get larger and larger over the next few weeks with the peak coming in the first week of November. 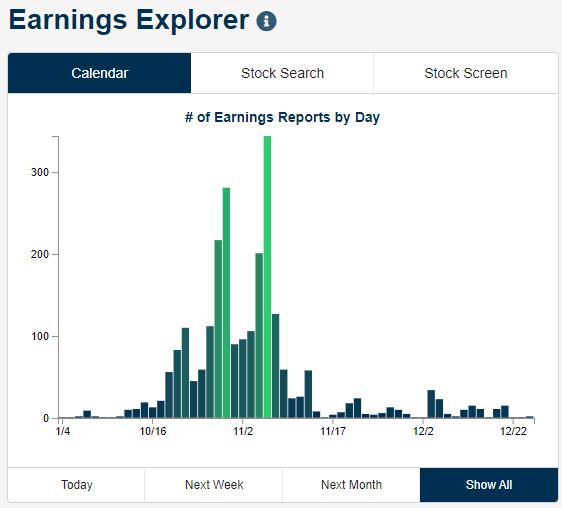 As shown, Infinera (INFN) is the most volatile stock on earnings for those stocks with at least ten years of earnings reports.  INFN has historically averaged a one-day change of +/-15% on its earnings reaction days.  Stamps.com (STMP) ranks second with an average change of +/-13.5% on earnings, followed by Glu Mobile (GLUU) and Conn’s (CONN).  Netflix (NFLX) ranks fifth on the list with an average one-day change of +/-12.29% on earnings.  NFLX is by far the biggest stock on the list with sales estimates this quarter of $6.4 billion. 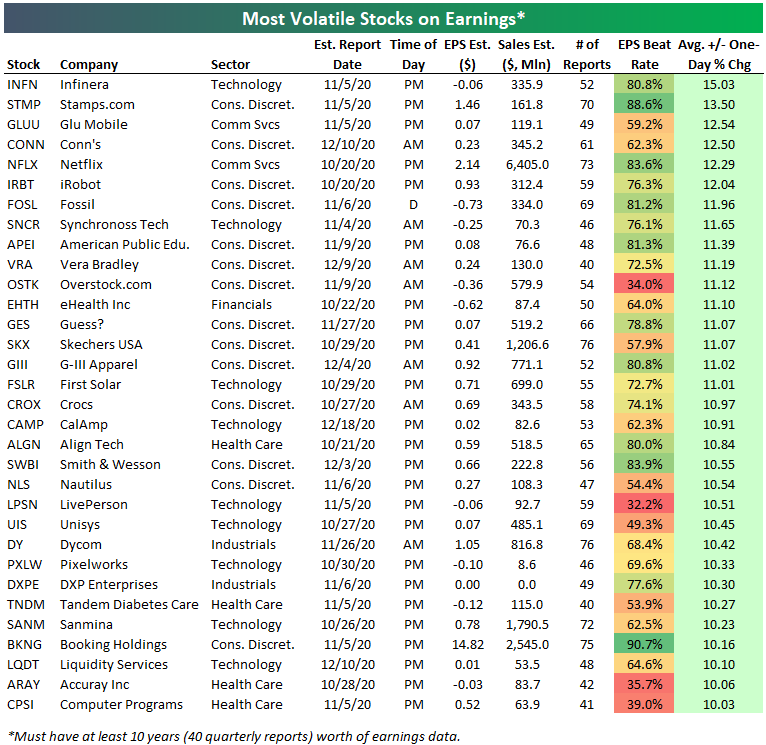 If we broaden our list to include stocks that only have at least 10 quarterly earnings reports, a lot of new names show up that haven’t been public for very long.  At the top of the list below is Roku (ROKU) which has had 12 quarterly reports in its history.  ROKU has historically averaged a one-day change of just under 20% (19.1%) on its earnings reaction day.  It’s pretty incredible for a company to average a 20% swing in its market cap on one day every three months.

The first eleven stocks on the list below are not on the list above because they don’t have more than ten years worth of quarterly earnings data.  These include names like Snap (SNAP), the Container Store (TCS), Stitch Fix (SFIX), Groupon (GRPN), and At Home Group (HOME).  Other well-known stocks that normally see huge moves in reaction to earnings include Fitbit (FIT), Yelp (YELP), Canopy Growth (CGC), Canada Goose (GOOS), Wayfair (W), and Lending Tree (TREE).  Try out our Earnings Explorer tool for free with a two-week trial to Bespoke Institutional. 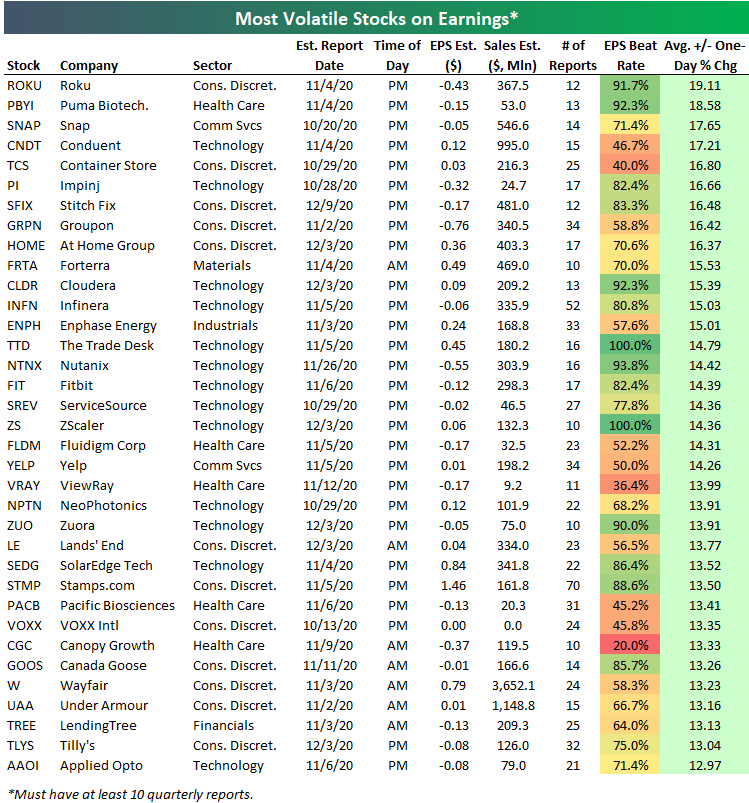