There’s been a number of different stories flowing around this morning regarding the fact that more than 90% of stocks in the S&P 500 are above their 50-day moving averages (DMA) and how that has historically been a bullish indicator for the subsequent performance of the market.  Rather than focus on all of those winners, though, we wanted to look at some of the losers, namely, the S&P 500 stocks that are currently below their 50-DMA.

The table below lists the 34 S&P 500 stocks that were trading below their 50-DMAs as of this morning.  Not only are there a relatively small number of stocks on the list, but seven of them are within 1% of their 50-DMAs and only four are more than 5% below.  In other words, if the equity rally continues to have legs, this list could quickly shrink even more.

A second notable aspect of the names listed pertains to recent performance.  In going through the charts of the names listed, you would expect to mostly see charts of bombed-out stocks that were so weak that they couldn’t even manage to rally in this environment.  While that was the case for many of them, there were also a number of stocks that actually outperformed in the initial stages of the bear market, but have started to fall apart either later in the decline, or in many cases, after the market bottomed.  The nine stocks shaded in the table below (charts below) all traded at 52-week highs at least two weeks after the S&P 500 peaked in late February.  These are all generally names that investors thought would benefit from the pandemic and a prolonged decline.  Now that markets have stabilized, though, and the economy appears to be on the mend, there’s been a rotation out of them. One example is Citirix Systems (CTXS).  After hitting a 52-week high as recently as May 11th, it now finds itself on the loser list.  Start a two-week free trial to Bespoke Institutional to access all of our research and interactive tools. 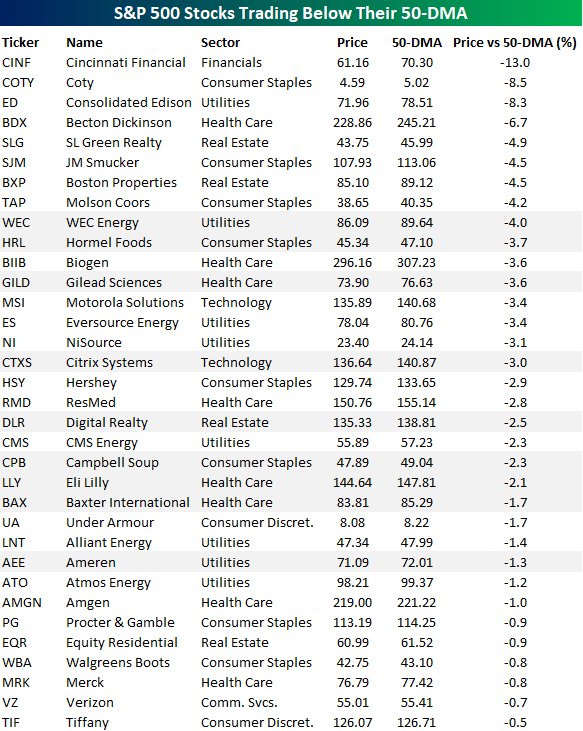 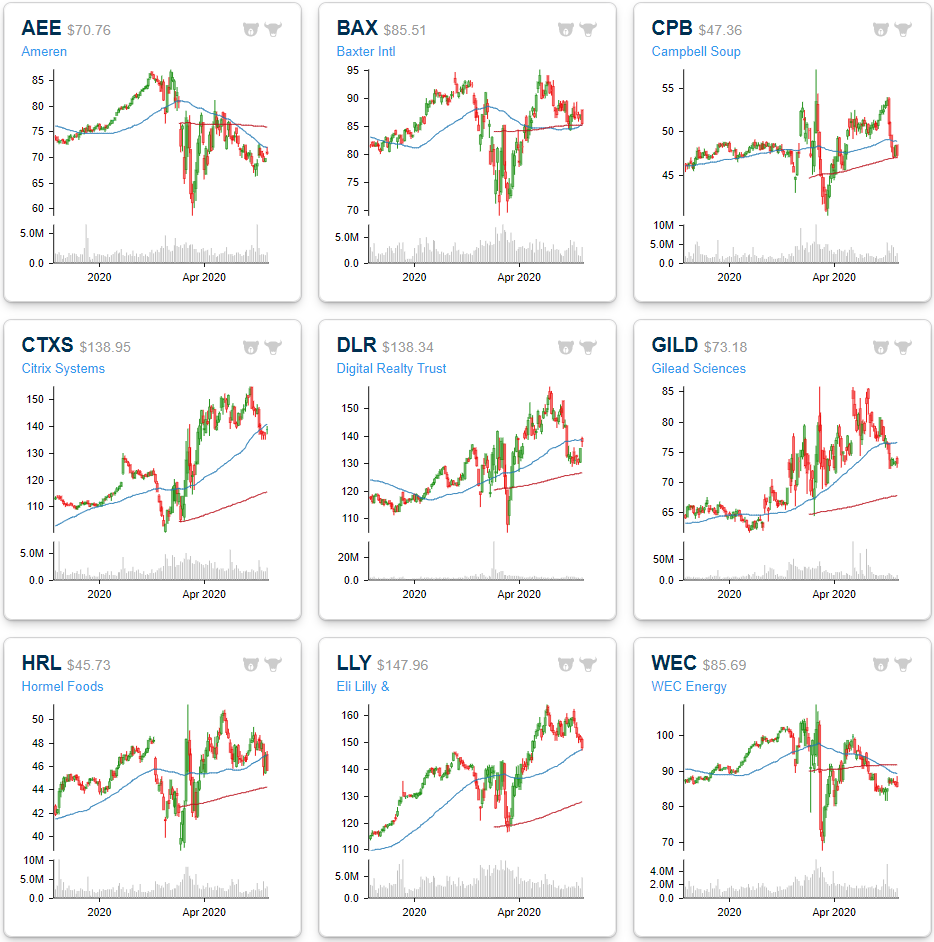