The Good, The Bad, and the Ugly Commodities in Q1

Very few assets have been winners recently, especially in the commodities space.  As shown in the table below, no major energy or metal commodities (front-month futures) rose in March and gold was the only one to rise in the first quarter.  The degree of those declines varied greatly.  While gasoline and WTI futures (crude oil) were more than cut in half, gold and iron ore fell less than one percent in March. Considering iron ore’s cyclical nature, that small decline is somewhat surprising but as for Q1, iron ore’s performance was much weaker with a decline of over 10.5%.  Granted, that is still a far better performance than copper which was down by more than twice that.  Given the size of these declines, every one of the commodities highlighted below sits well off of its 52-week high. Gasoline and crude oil are the worst of these at 74.14% and 69.63%, respectively.  As for where they finished the quarter relative to their 52-week lows, things are mixed.  Gasoline, gold, and silver are off those lows by double-digit percentages while the rest are less than 10% away.

As with many charts across assets, the technical picture of these commodities looks ugly. Almost every one has broken below significant support levels and safe-haven gold is the only one currently in anything other than a downtrend. Although it finished the month just off of the lows, crude oil fell all the way to its lowest levels since 2002 after crashing through support in February. The same can be said for gasoline.  Natural gas remains a pain trade with the downtrend of the past several months still firmly in place.

Given its safe-haven status, gold has again been an outperformer approaching some of its highest levels of the past decade during the risk asset rout of the past couple of months.  But it has recently been a more volatile trade. The yellow metal has yet to break above resistance around 1,700/oz and has even fallen to support around the 50-DMA. Despite also having the precious metal status, silver has been a serial underperformer to gold. Silver never shared gold’s rally over the past couple of months as it fell to its lowest levels since 2009.

As for industrial metals, copper has been hovering around its lowest levels since the final quarter of 2016 after falling through the past year’s support around $2.50.  On the bright side, the technicals of iron ore have been slightly more constructive as it has still held up at support around $75. Start a two-week free trial to Bespoke Institutional to access our interactive economic indicators monitor and much more. 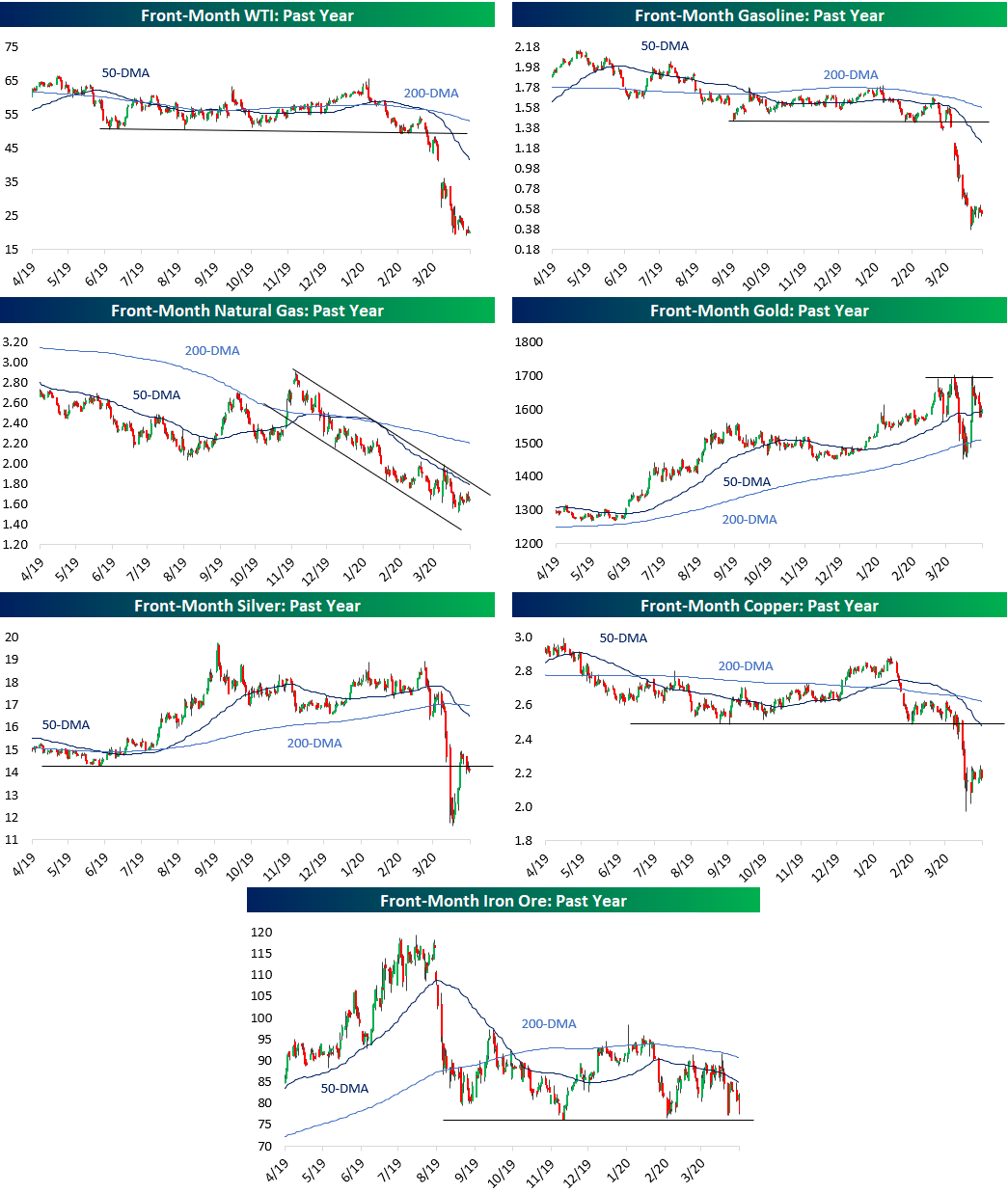