The Dash for Trash

We’ve seen a number of claims recently that the huge surge in the share prices of formerly “trash” companies is a sign that markets are getting carried away.  In reality, this is very normal behavior coming out of an extreme market movement like the February-March selloff.  Across the 26 Russell 3,000 companies that had CDS spreads greater than 1000 bps (the traditional indication of “distressed” credit territory) at the equity market lows on March 23rd, the average spread was over 57%.  As shown below, in 2009, there were three times as many distressed companies, but they traded at a lower average spread (26%). 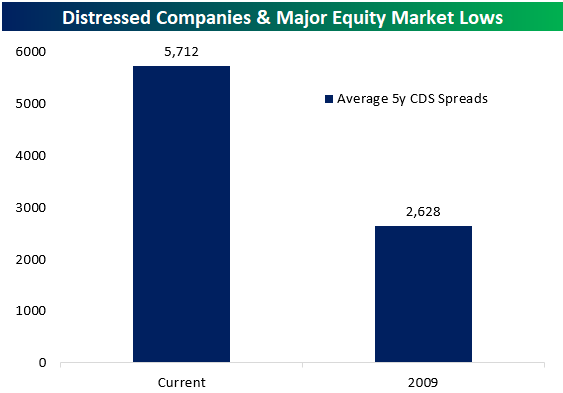 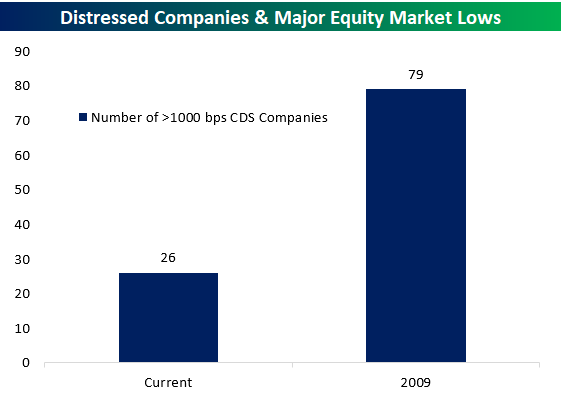 Average performance afterwards, though, looks almost identical in the two cases.  As shown below, in the 60 trading days that started the last bull market in 2009, these distressed companies rallied 209.8% on average.  In the current situation, the average gains have been 208.2%.

Given the fact that equity is a call on the value of assets (retaining whatever is left after liabilities), large shifts like major bear market lows by definition should lead to huge gains for the most distressed companies.  In other words, the theory (first put forward by Robert C. Merton in 1974, link) is perfectly consistent with what we see in practice both now and historically.  The most stressed companies by definition should rally the most, by virtue of their distress in the first place; this “dash for trash” phenomenon is a function of the capital structure of distressed firms, not any sort of sentimental excess in the behavior of investors.  This analysis was included in last night’s Closer report — Bespoke’s post-market macro note that goes out to clients at 6 PM ET each weekday.  If you’d like to receive Bespoke’s Closer free for the next two weeks, sign up for a 14-day trial to Bespoke Institutional by clicking here. 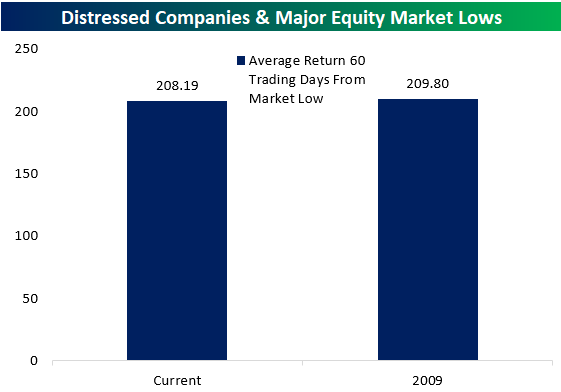