The S&P 500 is starting out the holiday-shortened week lower and compared to other years post-WWII, that is not without precedent as the index has often fallen on the Monday of Thanksgiving week. Historically, on the Monday of Thanksgiving week, the S&P 500 has tended to trade slightly lower with a 1 basis point drop. However, in years like 2022 when the index entered the week down at least 10% year to date (12 years), performance has been more positive with a 37 bps average gain, though returns have only been positive half the time.

Performance on Tuesday of Thanksgiving week has tended to be even more mixed with an average gain of 5 bps across all years and a decline of 27 bps in years when the S&P 500 was down 10% YTD heading into Thanksgiving week.

While performance is mixed on Mondays and Tuesdays of Thanksgiving week, the two days surrounding the holiday have tended to see far stronger returns. As shown below, the average gain for all years on Wednesday has been a 0.28% gain and in years that the index was down double digits year to date, it has posted an even more impressive 1.13% gain on that day with positive performance better than 90% of the time. After coming back with full bellies on Friday, traders have continued to push the index higher again with consistently positive performance, especially in years the index entered the week down significantly year to date. 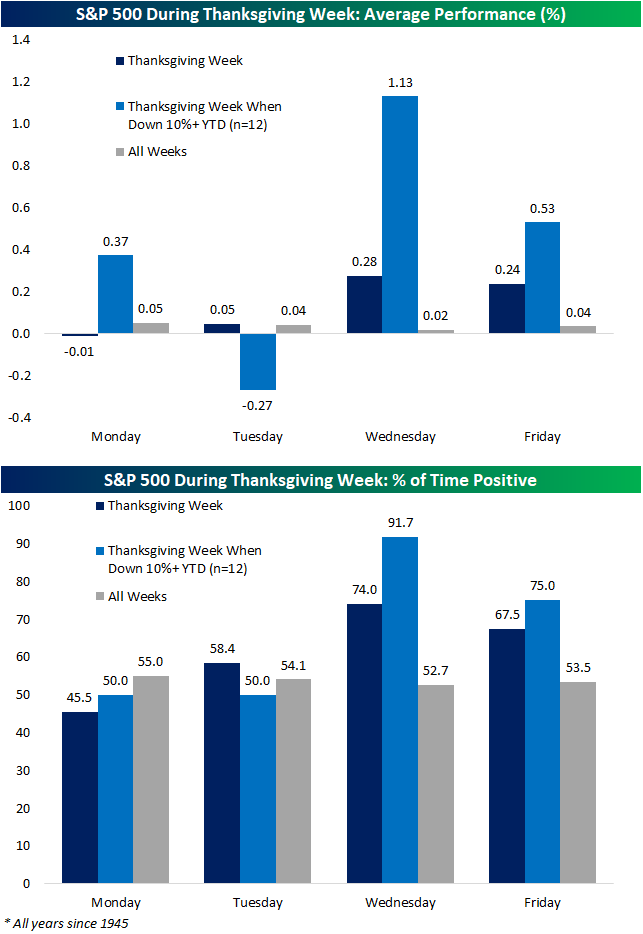 As for where the index goes from there, the S&P 500 has risen from the close of the Wednesday before Thanksgiving through the end of the year roughly three-quarters of the time with an average gain of 1.93%. When momentum has been dragging the index lower year to date, though, rest of year performance has been less positive. Again looking at years in which the index has fallen at least 10% headed into Thanksgiving week as is the case this year, positive returns through the end of the year have been less common only happening half the time with an average decline of 0.1%. Click here to learn more about Bespoke’s premium stock market research service. 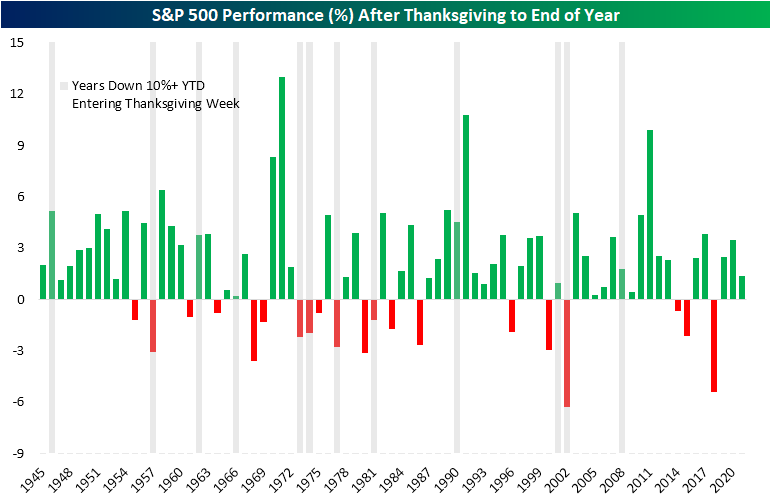