Below is a look at the average daily performance of the S&P 500 by weekday so far in 2020.  Mondays have been by far the worst with an average decline of 1.54%.  Wednesday, Thursday, and Friday have all seen similar returns with average declines around the -0.50% level.  Tuesdays have been the lone bright spot during the week with an average gain of 1.12%.  Thank goodness for Turnaround Tuesday!  Start a two-week free trial to one of Bespoke’s three premium memberships to see our best and most actionable market analysis. 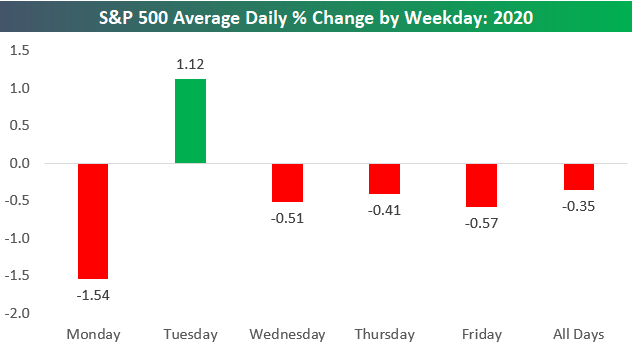