This morning, the Dallas Fed released their monthly reading on the manufacturing sector.  For the first time since February, the index showed an expansionary reading, rising from -3 in July to 8 in August.  That is the highest level since February of last year.  Meanwhile, the index for the six-month outlook of general business conditions reversed last month’s decline and now stands at 20.4.  That is the highest level since November of 2018. 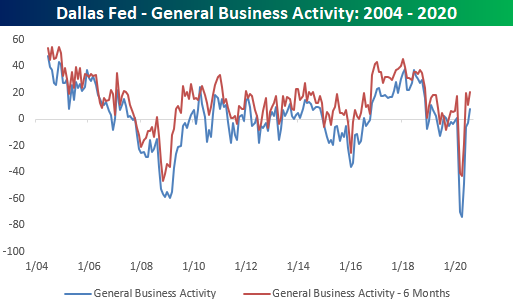 Overall, this month’s report indicated that conditions continued to improve in August with most measures of business expanding rather than in contraction as was the case for the past few months. Breadth was strong with all but one index, Finished Good Inventories, now showing expansionary readings.  Breadth in terms of the month over month improvements was not quite as strong though with four different indicators declining.

Two of those indices that fell from July were for Production and Capacity Utilization.  Although both were lower in August, these indices are still indicative of expanding (but less so than July) production that is similar to levels prior to the pandemic. Meanwhile, future expectations are still optimistic with the six-month outlook indices for Production and Capacity Utilization at their highest levels since March of last year. 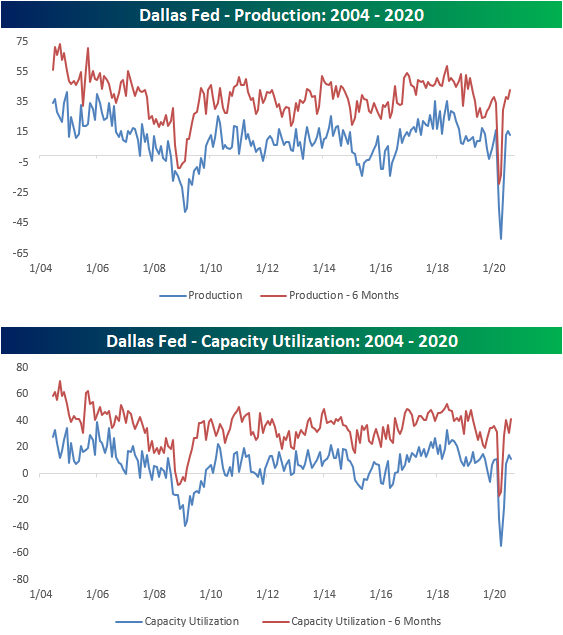 Contrary to companies decelerating production, demand appears to remain strong and improving.  New Orders rose to 9.8 which is the highest since January.  Not only are new orders rising but they are doing so at a strong pace.  New Orders Growth rose to a two year high of 11.8. As a result of stronger demand and weaker production, Unfilled Orders remain elevated around some of the highest levels of the past two years, though, this index did in fact fall slightly from July.  Those orders are also getting out the door as Shipments rose to 23.3 which is the highest since August of 2018. 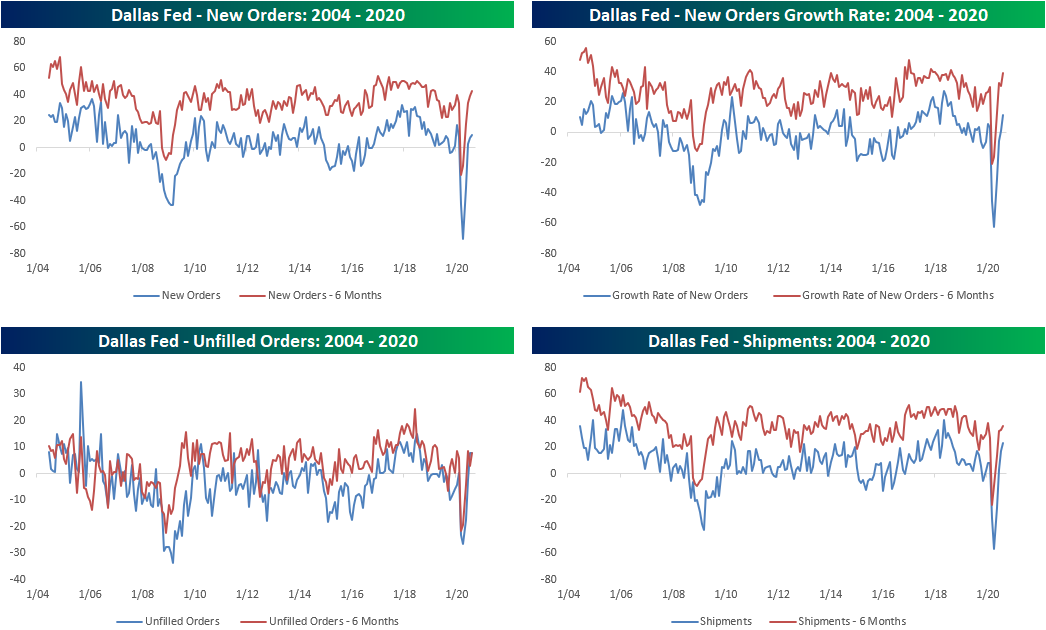 With demand stronger and production pulling back slightly, inventories are at historically low levels as businesses continue to fulfill orders.  The index for finished good inventories fell down to -17.3 from -9.9.  That is the 17th consecutive month with lower inventories, the second-longest such streak on record behind one that came to a close at 21 weeks in February of 2010, and the lowest reading in over a decade. 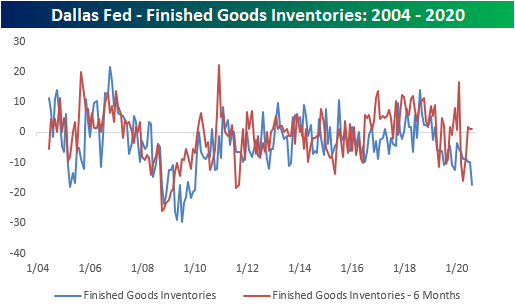 Although businesses cut back on production, they did not cut back on their labor force.  The index for employment and hours worked both ticked up indicating growth in the number of employees and how long they worked.  Employment rose to its highest level since last September and hours worked is now at its highest level since September of 2018.  Click here to view Bespoke’s premium membership options for our best research available. 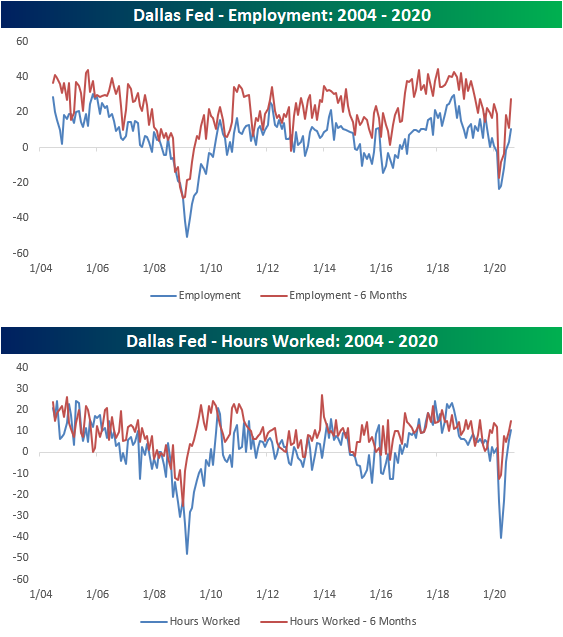