Crude oil prices are back on the rise this week after a sharp decline last Friday.  As for how severe of a drop it was, front-month WTI futures fell 13.06% which was the worst single-day decline since April of last year; the same month that saw crude prices dive into negative territory. Looking back to 1983, including last Friday, there have only been 32 days in which crude has fallen double-digit percentage points in a single session.  Outside of the series of volatile moves in March and April 2020, November 28, 2014 was the last time that there was as sharp of a decline of at least 10 percentage points. 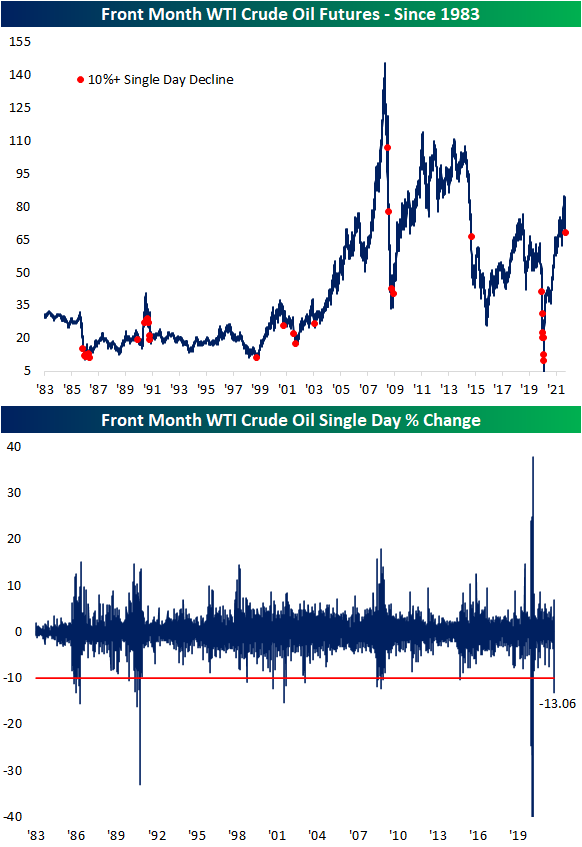 Crude prices are rebounding today and are currently back above $70, although they’ve been pulling back all morning.  In the table below, we show the other dozen times prior to Friday in which crude oil fell at least 10% in one day without having done so in the prior 3 months.  As shown, today’s rebound is actually pretty abnormal with WTI typically declining the day after a 10% drop.

As for longer-term forward performance, crude has continued to average declines out over the next three months with positive returns only half the time.  On the other hand, six months to one year out has tended to see stronger than normal returns for the commodity.  Click here to view Bespoke’s premium membership options. 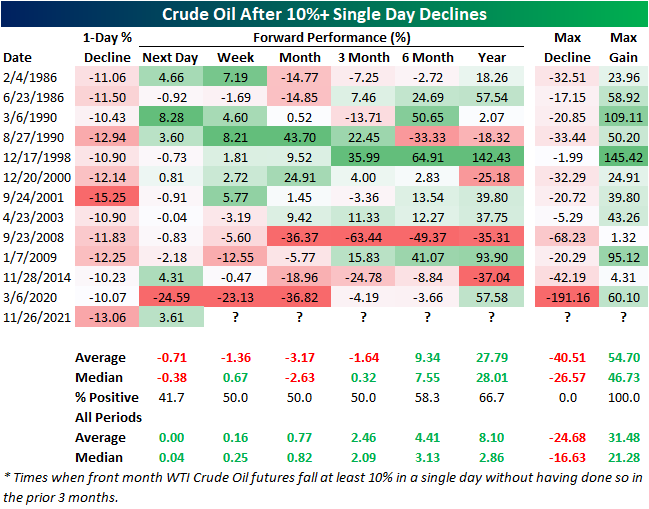