Just like last week’s preliminary Markit PMIs and the first three regional Fed indices of October, this morning’s release from the Dallas Fed on the region’s manufacturing sector similarly showed a positive backdrop.  The headline number was expected to come in at 13.3, which would have been a slight decline from September’s reading of 13.6.  Instead, the index smashed those expectations rising to 19.8.  As the index did the opposite of what was expected, it has now risen for each of the past six months with each reading since August indicative of expansionary (and accelerating) activity.  At its current levels, the index for General Business Activity is now at its highest level in two years. 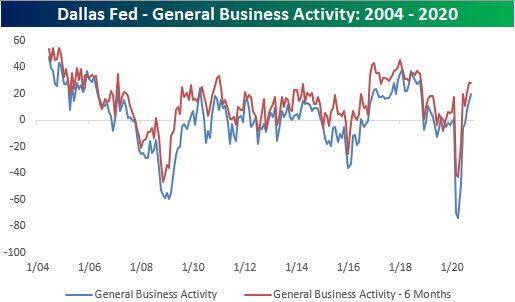 Breadth across the various components of the index also remains strong with only one index sitting in contraction: inventories.  While every other index continues to show expansionary readings, October numbers for Unfilled Orders, Delivery Times, Employment, Hours Works, and Cap. Ex. were all lower month over month.

New Orders continue to rise at a strong clip. Even though outlook pulled back from a multiyear higher, the index for current conditions of new orders rose to its highest level (19.9) since August of 2018 (23.3). The growth rate also ticked slightly higher to 14.3 from 13.2.  Again this was the strongest reading since August of 2018.  Shipments on the other hand experienced a more modest increase of just 0.4 points which still leaves it below its August highs.  Meanwhile, growth of Unfilled Orders showed a sizable deceleraion this month as that index fell 1.9 points to 4.1. That leaves that index at its lowest level since it exited contractionary territory back in June. Meanwhile, expectations for unfilled orders fell much more dramatically, with its 11.4 point decline in the bottom 5% of all month over month changes. 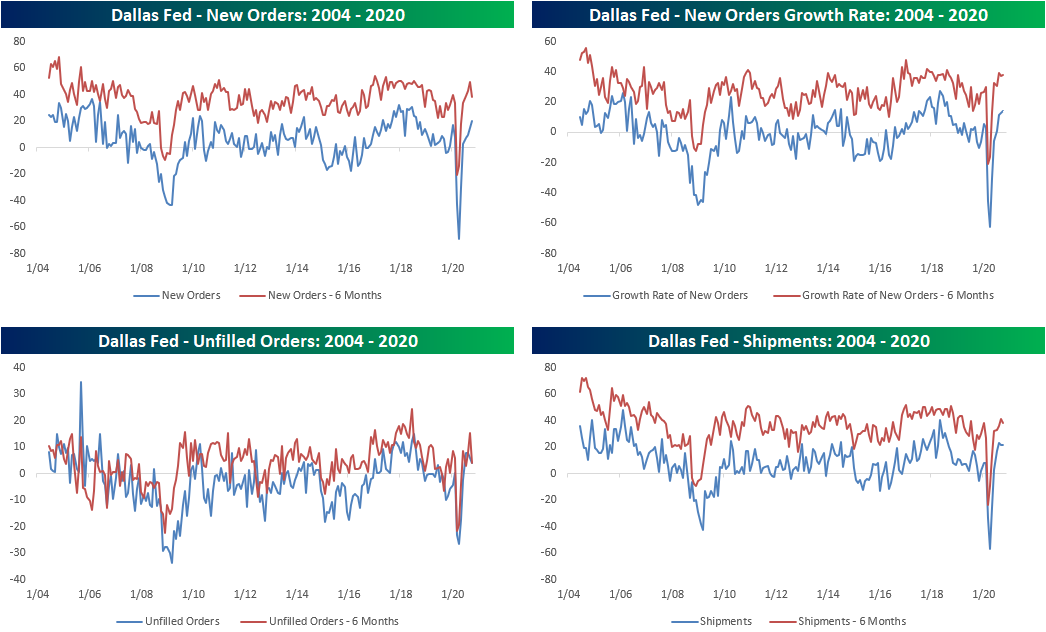 Given demand continues to strengthen, production has continued to rise.  The current indices for Production and Capacity Utilization are right around the upper decile of historical readings and at their highest levels since August of 2018. While expectations for Production fell slightly this month, these indices also have relatively rosy outlooks with both indices around multiyear highs. 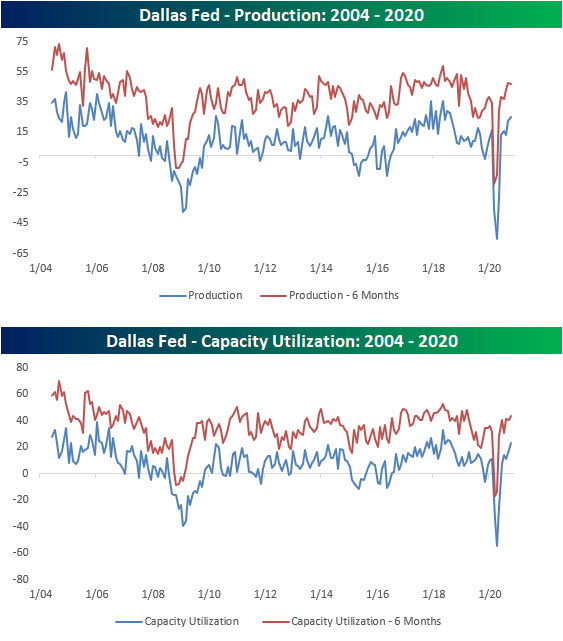 One notably weaker area of this month’s report concerns employment.  Both the index for Employment and Hours Worked declined from September. For Employment, this month was the first decline since April. As for Hours Worked, October marked a back to back decline.  These readings continue to indicate that the region’s businesses are on net hiring more people while also lengthening the hours worked, but it does mark a decelaration from the past few months.  Click here to view Bespoke’s premium membership options for our best research available. 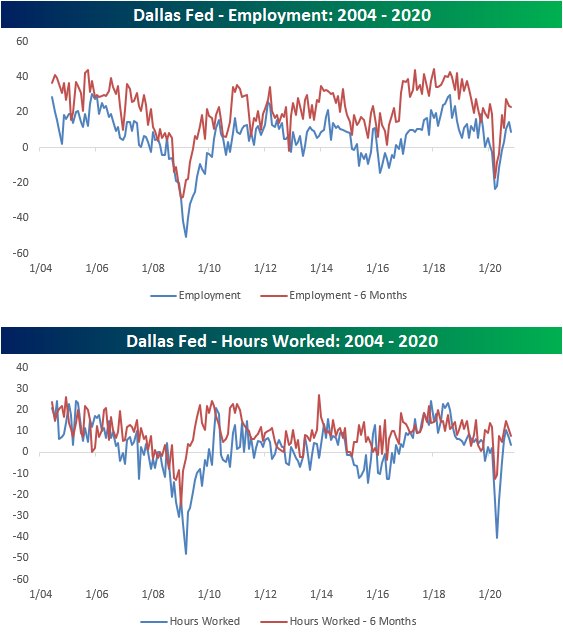