Although the stock is down today following a number of analyst downgrades, Tesla (TSLA) has seen a significant run-up over the past several months and between record deliveries that topped expectations and announcing the introduction of its cars and Gigafactory in China the company has already had an eventful 2020.  Since the start of the fourth quarter of 2019, TSLA has far outperformed other US automakers.  In fact, while Ford (F) is only up 0.49% and General Motors (GM) is down 7.66%, Tesla has doubled. Yesterday, the stock nearly joined a baker’s dozen of other S&P 500 stocks priced at $500 or more. 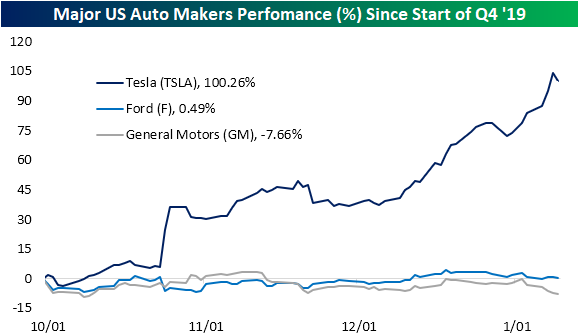 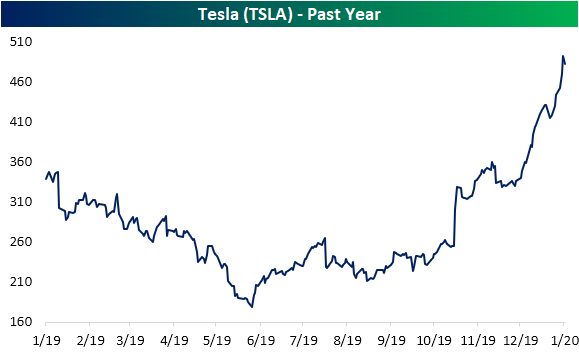 Those are not the only milestones though. About one month ago, we had highlighted that the market cap of TSLA had distanced itself from those of Ford (F) and GM (GM) by some of the widest margins on record. With the stock surging further since then, TSLA is now valued at $86.9 billion. That makes the company not only the largest US automaker by market cap, but it is also about $1 billion larger than the combined market caps of Ford ($36.5 bn) and GM ($49.5 bn). Of other global automakers, only Volkswagen has a larger dollar-adjusted market cap of $98.26 billion while TSLA is still dwarfed by Toyota which has a market cap of $226.96 bn. Start a two-week free trial to Bespoke Institutional to access our interactive economic indicators monitor and much more. 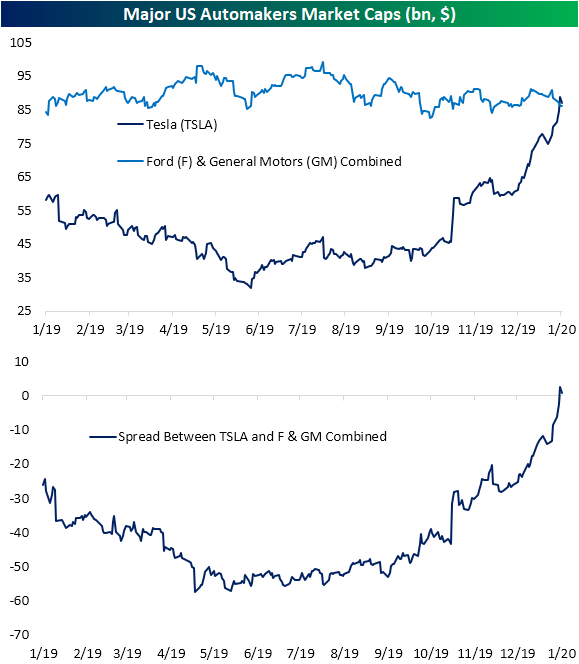