Along with the rest of the market, two of the largest stocks, Tesla (TSLA) and Meta Platforms (FB), have been on substantial rallies this month.  In the case of TSLA, the stock is roughly 10% away from its 52-week high after rising ~45% since its late February low.  Facebook/Meta Platforms, on the other hand, peaked back in September with a massive drop in response to the last earnings report in February being the pinnacle of those declines. Losses continued until it put in a low on March 14th. Since then, the stock has rallied 22% but that still leaves it down over 40% from its 52-week high.

As shown below, Facebook had a much larger market cap than Tesla throughout the 2010s, but the 2020s have seen Tesla take the lead in a big way.  While both have been members of the “trillion dollar market cap” club at various points in time, only Tesla holds that distinction right now.  At the moment, Tesla’s market cap sits at nearly $1.15 trillion, while Facebook is just above the $600 billion level. 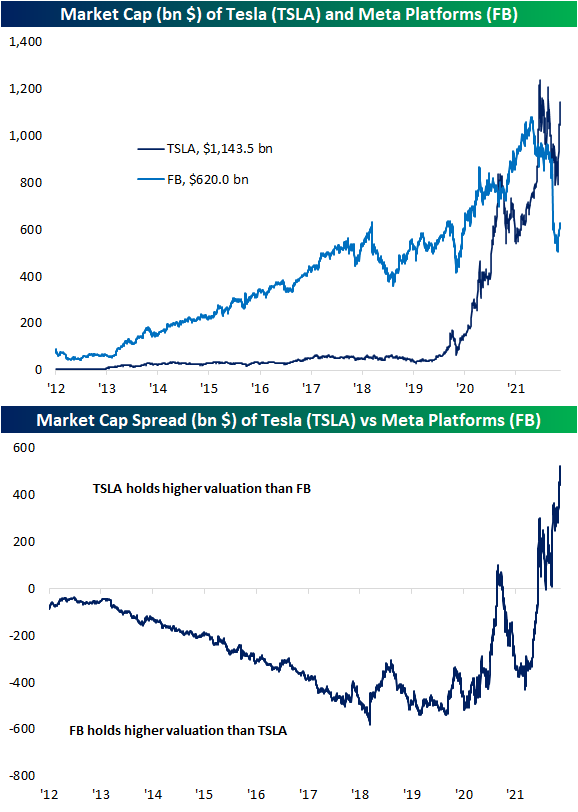 Below we show the ratio of the market caps of TSLA and FB.  As shown, the massive distancing of the two stocks’ market caps means the value of Tesla (TSLA) is closing in on being worth 2 whole Facebooks.  Click here to view Bespoke’s premium membership options. 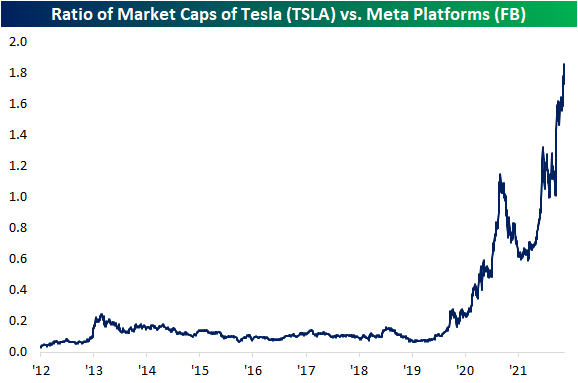