The fifth and final regional Fed manufacturing survey results came in this morning from the tenth district, and like the Richmond and Dallas Fed results, the region’s manufacturing activity saw a significant acceleration in October. The Kansas City Fed’s Composite Index tied the April record high at 31 after rising 9 points month over month.  That was the largest one-month uptick since August 2020. While expectations were slightly lower, the past several months’ readings have been less volatile hovering around record highs. 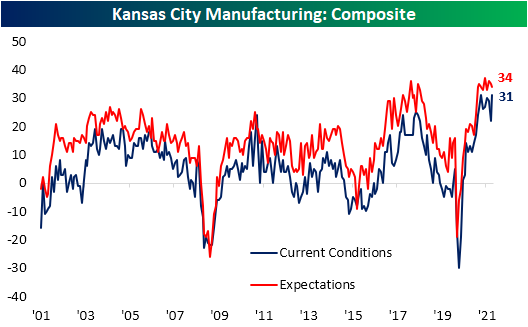 Feeding into the very strong composite index were historically high readings across almost every other category. All but two indices came in the 90th percentile or better and there were three indices—Number of Employees, Prices Paid, and Supplier Delivery Times—that hit record highs. For some of those categories, this month’s upper decile readings also mark a significant improvement from the prior month. For example, Production, Shipments, and New Orders were coming from readings in the 40th percentile range.  Additionally, breadth was very strong this month with only two indices falling month over month: Backlog of Orders and Material Inventories.  Expectations on the other hand saw weaker breadth in terms of month over month moves and less elevated readings relative to their historical ranges. 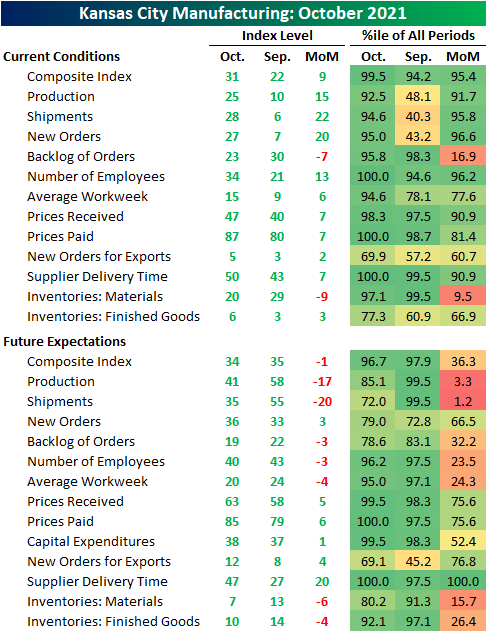 As previously mentioned, the most improved area of the report was concerning demand.  New Orders, Production, and Shipments all surged MoM with each one seeing double-digit gains.  Whereas last month these three indices were somewhere in the 40th percentile range, this month there were in the upper decile of their historical range.  Each of those indices experienced big declines last month, so the huge gains in October bring them back to levels last seen in July or August. While those are positives, expectations for Production and Shipments saw large declines ranking in the bottom 3.3% and 1.2% of month-over-month moves.  Given current conditions for production and shipments moved significantly higher, firms were able to work off backlogs as that index fell 7 points to 23 which is the lowest reading since January. 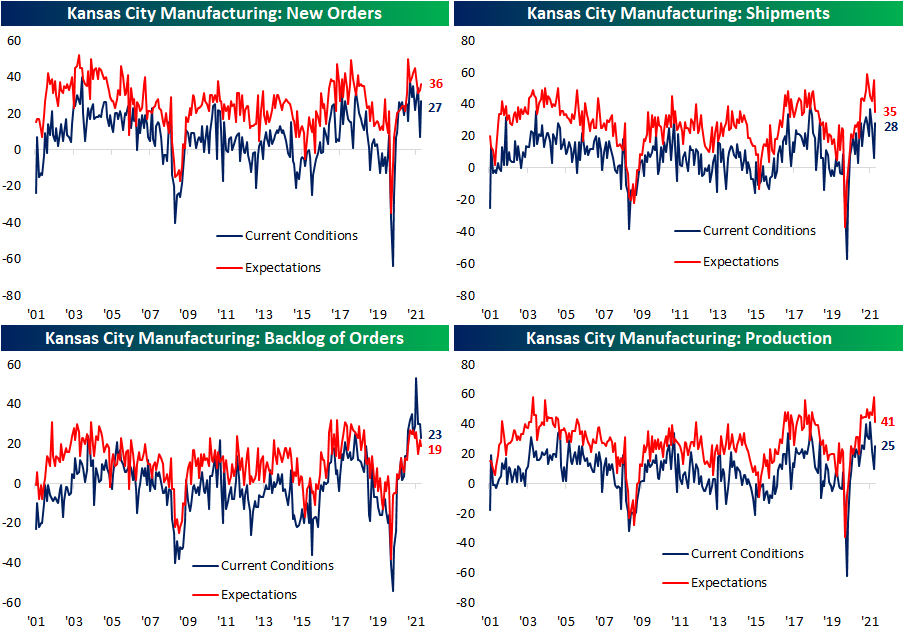 That is not to say supply chains improved though.  Delivery times surged yet again to set another record high for both current conditions and expectations. The MoM increase in expectations we would also note was the largest to date. 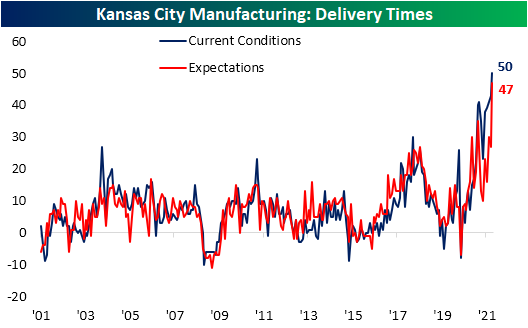 Additionally, Prices Paid continued to rise also hitting records for both current and future indices.  While Prices Received were also higher, the indices for that category are off their peak from earlier this year. 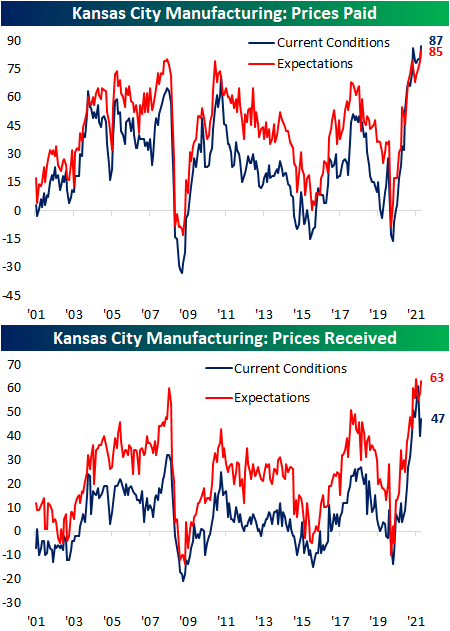 The other record high reached this month was for Number of Employees. The index rose 13 points to 34, but potentially because positions are being met, expectations for hiring were weaker. That index continued to roll over falling to 40 in October.  While lower, the current reading is still at historically strong levels.  Although expectations for increasing hiring have been pulling back, Capital Expenditure expectations have continued to rise with that index tying the record high of 38 set back in September 2018. Click here to view Bespoke’s premium membership options.