In the charts below, we show the long-term ratios of the S&P 500 Technology sector to other major indices as well as the other sectors.  As shown, the Tech sector’s outperformance (rising line) versus basically everything else is clearly evident with the line having risen sharply over the past few years.  Currently, Technology in relation to the S&P 500, Russell 2000, Dow, and Dow Transports are all around some of their highest levels since the Dot Com era. Of these, the ratios of Tech to the S&P 500 and Dow are the most elevated and of most concern.  On the other hand, the ratio of Tech to Transports is far more muted, and Tech to small caps is also not as dramatically high as the Dot Com days.  For these two, there were also even more elevated readings back in the early 1970s; over two decades before the Dot Com boom and bust. 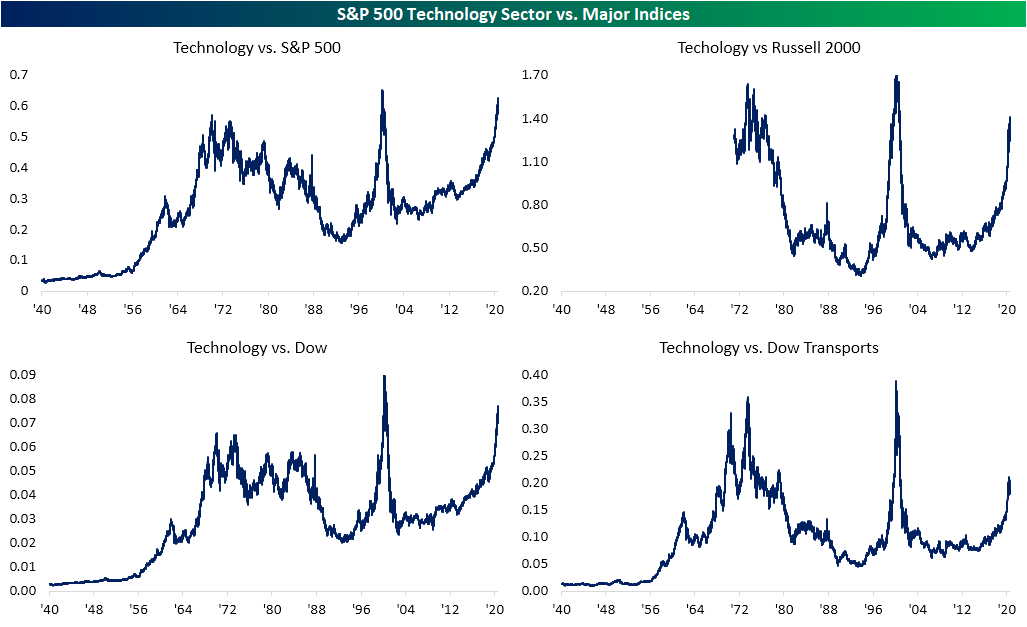 When comparing Technology to other sectors, it is a more mixed bag.  The ratio of Technology to Communication Services is the only one that is around a record high.  As for the other sectors, the readings are much less extreme.  While there are elevated readings like in the case of Financials, Materials, and Energy, they are either not yet at a new high or have other readings prior to the 1990s that are higher just like the ratio of Technology to the Dow Transports.  Meanwhile, Technology versus Consumer Discretionary and Health Care are actually more on their low end of historical readings.  In other words, Technology has been a massive outperformer and these readings certainly raise an eyebrow, but are perhaps not as extreme as the 1990s or even other years prior to that.  Start a two-week free trial to Bespoke Institutional to access our interactive economic indicators monitor and much more. 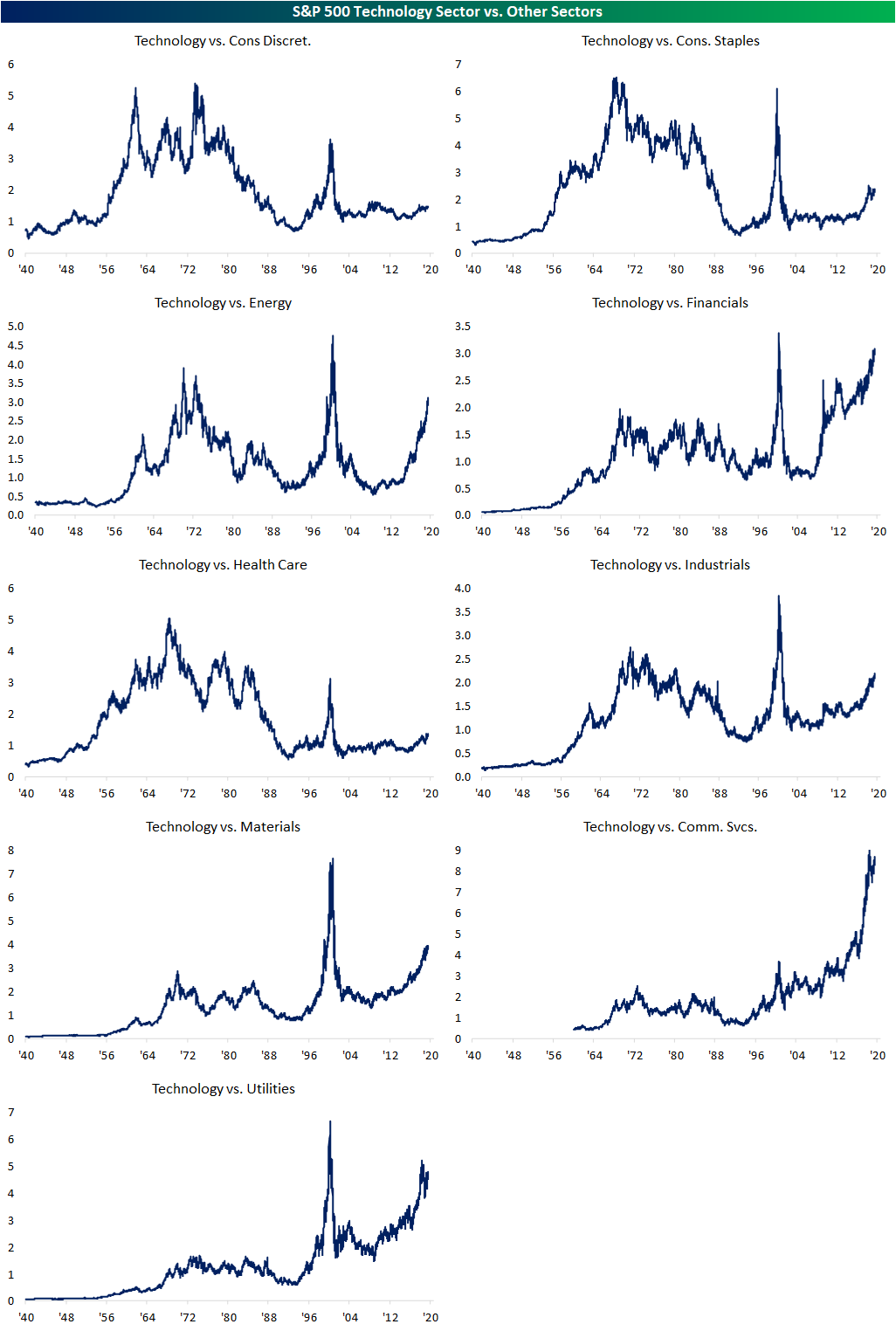