Tech Overbought for Over 50% of the New Bull Market

Most sectors have drifted lower in the past week with defensives like Real Estate and Utilities having taken it on the chin the most down 4% and 3.16%, respectively.  The move has brought the Utilities sector back below its 50-day moving average. At the moment, it is the only sector below its 50-DMA. On the other hand, Technology and Communication Services stocks have continued to press higher up 2.35% and 1.05% in the past week respectively.  Now the Tech sector is over 10% above its 50-DMA and is easily the most overbought sector. Alongside Tech, Communication Services and Consumer Discretionary are the only other sectors that are currently overbought. Most of the other sectors were overbought within the past week but recent declines have left them in neutral territory.

As shown in the trading range charts from our Daily Sector Snapshot below,  the majority of sectors have been consistently trading in overbought territory over the past couple of months. Before declines in the past few weeks, some of these had even traded at over 2 standard deviations above their 50-DMAs. With most having since returned to neutral territory, they broadly remain off their highs, though, Consumer Discretionary and Technology are trading around fresh 52 week highs. 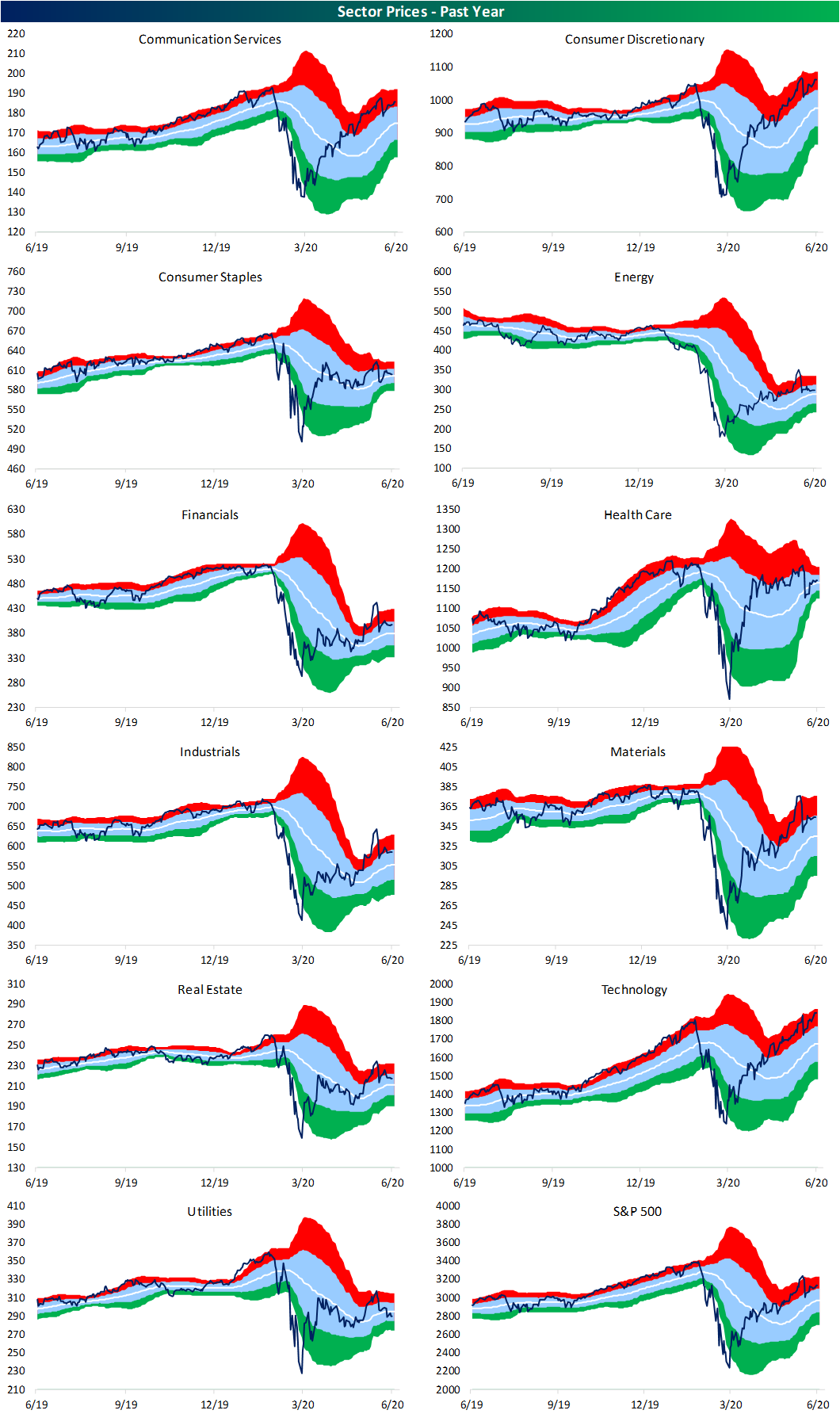 As previously mentioned, Communication Services, Consumer Discretionary, and Technology are still overbought and that should not come as a surprise.  These three sectors have consistently been overbought in the three months since the bear market low on March 23rd as shown in the charts above and below. Since that low, Technology has been overbought more than 50% of trading days and both Communication Services and Consumer Discretionary have been overbought for 47.06% of days. Given these three sectors account for just under half of the weight of the whole S&P 500, the broader index has not been far behind trading overbought for 38% of days since 3/23. Looking at the other end of the spectrum, Consumer Staples has been overbought the least at only 7.35% of days.  Other groups that were stronger during the bear market but have since seen performance wane like Health Care and Utilities also have been overbought far less frequently. Click here to view Bespoke’s premium membership options for our best research available. 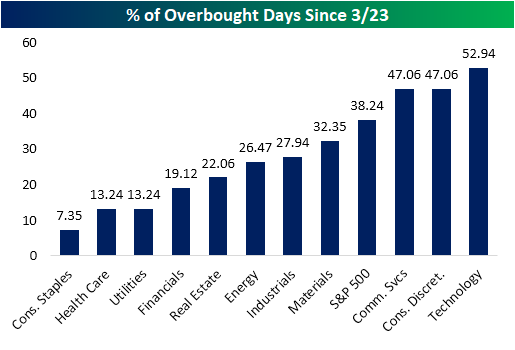