Below we show how far the average stock is trading versus its consensus analyst price target by S&P 500 industry group.  As shown, Media and Entertainment stocks are currently the most depressed versus price targets with the average stock in that industry over 20% below its target. That would indicate analysts either need to revise their targets far lower or those names need to rebound to catch up with expectations. On the other end of the spectrum, after a massive run for Consumer Staples stocks in the final months of 2021 and the first few days of this year, the average stock in that industry is actually above its price target. That is the only group in which that is the case, but Automobiles and Components, Food, Beverage, and Tobacco, and Bank stocks are all low single digit percentage points away from their price targets on average. 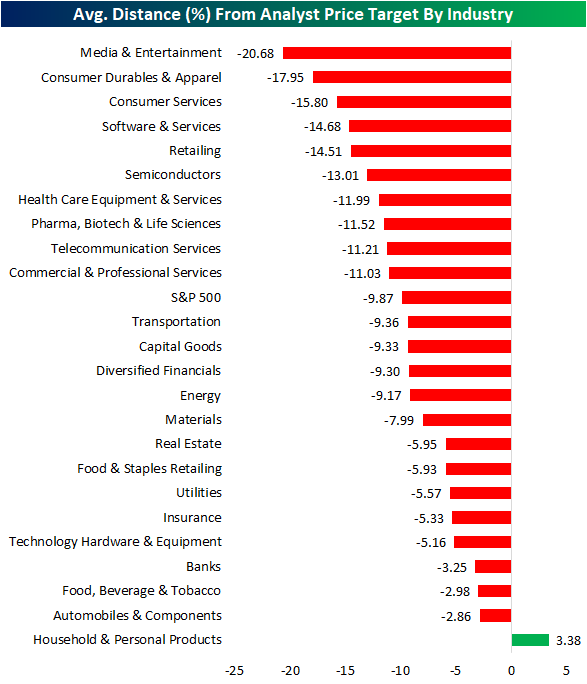 Given the sector’s massive weight, Tech is one area worth looking at, and under the surface, it is pretty split with regards to stocks’ current price and price targets. Technology Hardware and Equipment has rallied 23.64% since its recent October 4th low, retracing some of those gains this year. With such a rally over the past few months, the industry’s stocks have on average closed the gap on price targets.  At the end of December, a little under half of the industry traded above its price target, and the average stock was only 2.3% away from its price target.  Meanwhile, other areas of Tech like the Semiconductors and Software and Services have traded at more of a discount to where analysts believe they should be.  Software and Services, in particular, has seen some of the weaker readings of the COVID era. 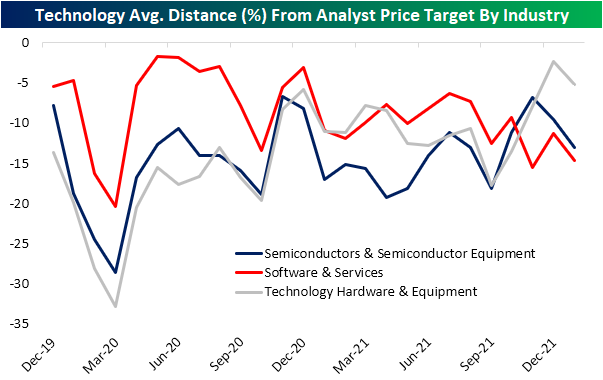 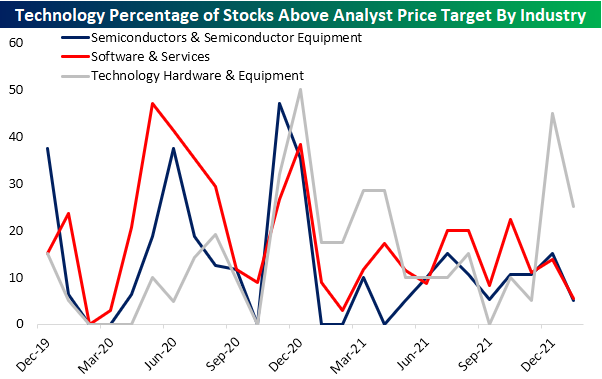 Consumer Staples and Financials have been two of the strongest performing sectors over the past couple of months. As could be expected given this, their stocks are relatively close to analyst price targets.  For Consumer Staples, the Household & Personal Product industry is by far the strongest. While there are a small number of stocks in the industry (only six members), the average stock in this sector has actually traded above its target price the past two months and it ended December without a single stock below its target price.

Turning to the Financial sector, the Banks have put themselves ahead of the pack in a similar way. The average stock is only 3.25% below its price target compared to a 12.38% spread at the end of 2021.  Additionally, in November and December there were no members of the industry above price targets, but today that number is nearly a third of the industry.  Click here to view Bespoke’s premium membership options. 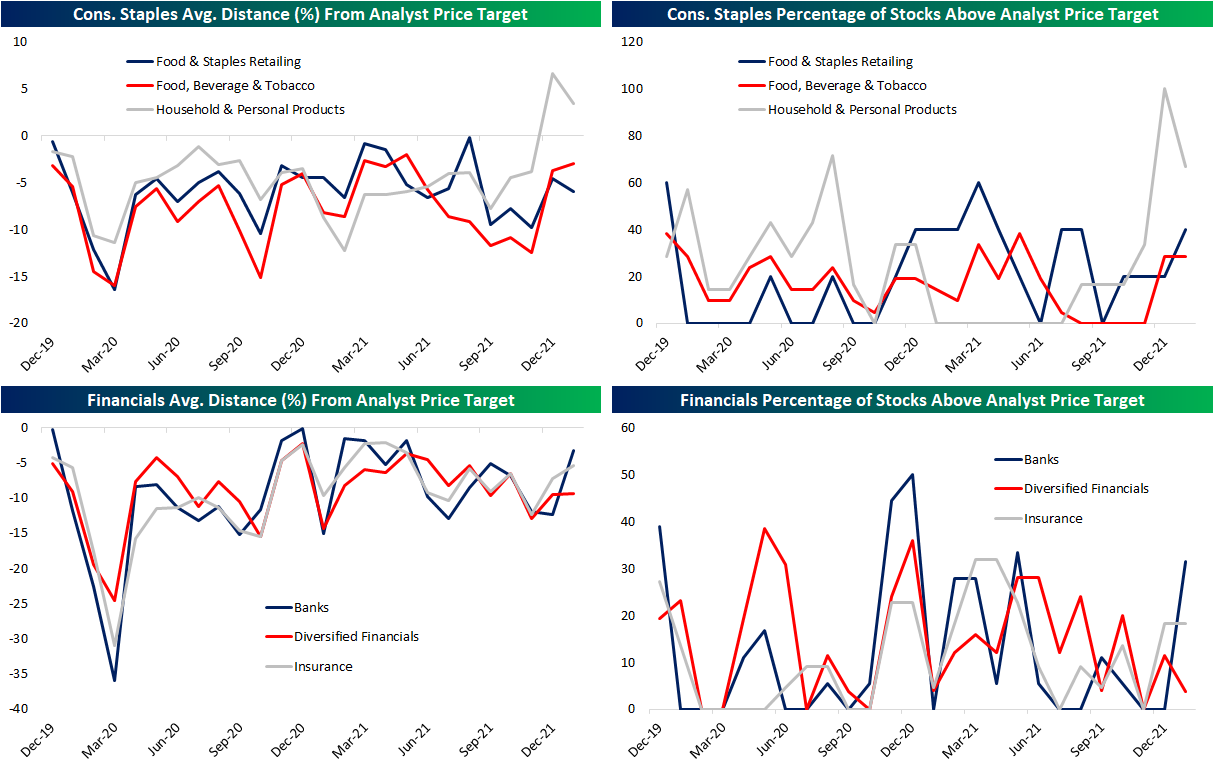