After holding above 200K the past two weeks, seasonally adjusted initial jobless claims dropped back below that level coming in at 198K. That compares to expectations of an unchanged reading from the revised level of 206K. While lower, claims remain above the multi-decade low of 188K from the first week of December. 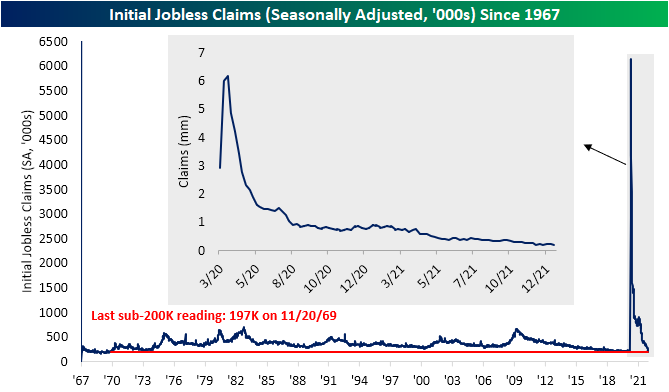 On an unadjusted basis, claims were slightly higher rising by a little over 1K to 256.15K.  With the continued unwinding of the program, PUA claims fell below 1K for the first time.   Over the past few months, we have been noting the change in seasonal trends for initial claims. Historically, the final quarter has been marked by a period of rising claims whereas the opposite has generally been true in Q4 2021. The current week of the year, in particular, has seen claims rise over 90% of the time since 1967; ranking second behind the 27th week of the year (typically the last week of June/first week of July) as the week of the year that NSA claims most consistently increase on a week over week basis. While the rise in claims this week could have been expected, the uptick was much lower than normal as the current week of the year has averaged an increase of almost 50K. In other words, the trend in claims to close out 2021 has diverged from the normal trend. 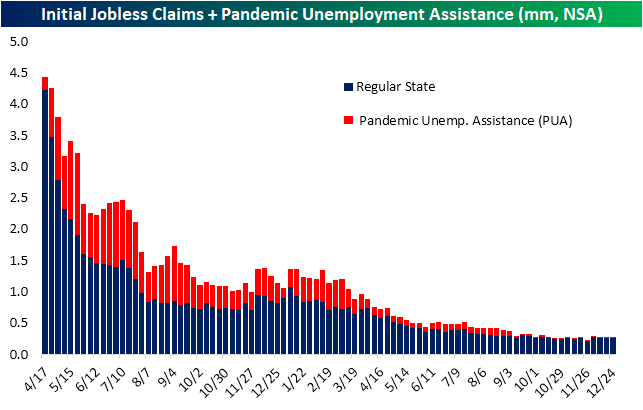 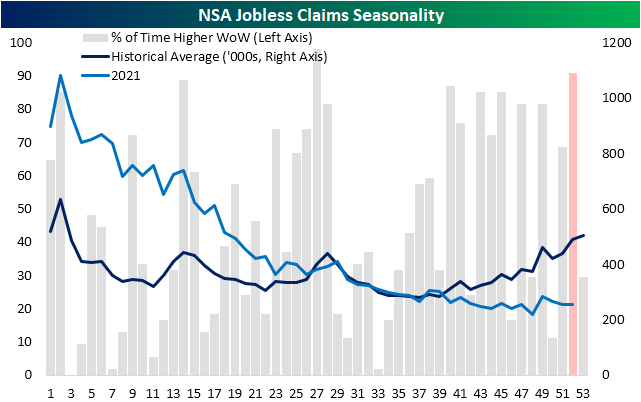 Continuing claims saw a substantial drop this week with the adjusted number falling by 140K. That was the largest one-week decline since mid-October and the lowest level since the first week of March 2020. 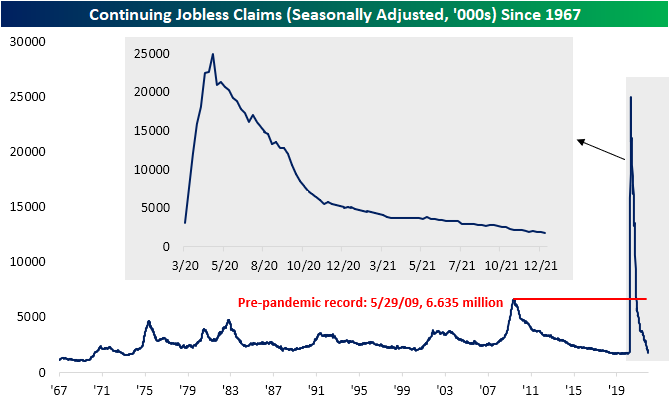 Adding in all programs delays the data an extra week making the most recent reading as of the week of December 10th. That week saw regular state claims rise by over 93K to 1.828 million.  Albeit higher, that was still below the levels from two weeks prior.  Other programs similarly saw higher readings, but the Extended Benefits program provided a boost to the aggregate read on claims after being cut by 45.7%.   At only 67.5K versus 124.3K, this program has now seen the lowest reading since July 2020. As expected headed into year-end, this is another point showing pandemic era programs continue to account for increasingly insignificant portions of jobless claims. Click here to view Bespoke’s premium membership options. 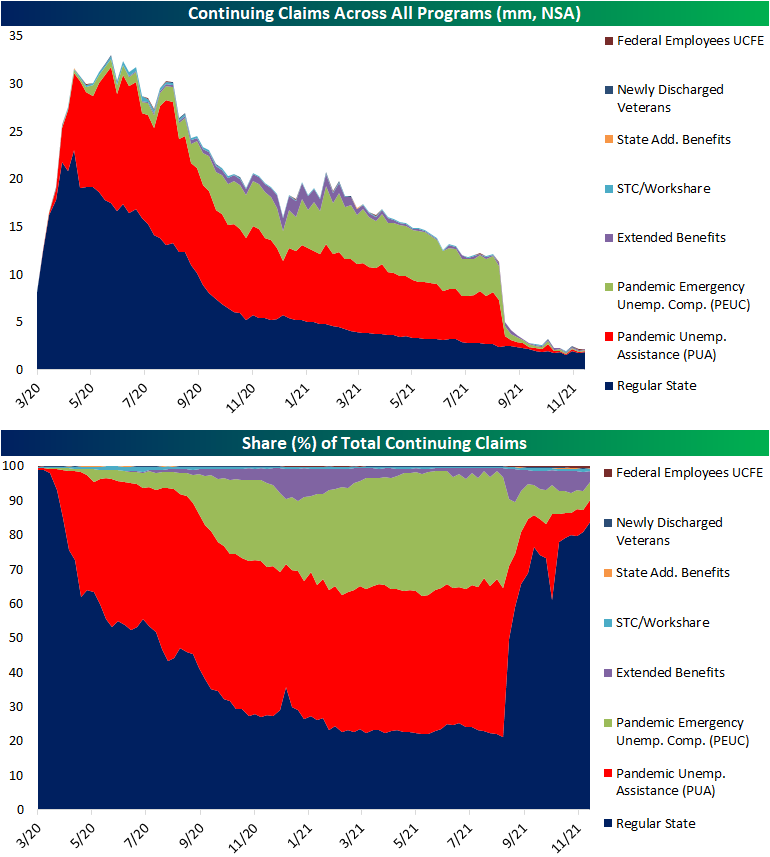