Last month saw a broad pivot lower across the regional Federal Reserve Bank manufacturing surveys.  With the release of the Empire Fed’s survey this morning, we now have the first reading for the month of September. Rather than the more dour results of August, today’s results showed a broad acceleration in activity across categories in the New York region.  The headline index was expected to show an ever so modest decline to 18.0 from 18.3 last month.  Instead, it popped 16 points to 34.3 which is actually the seventh-highest level on record. 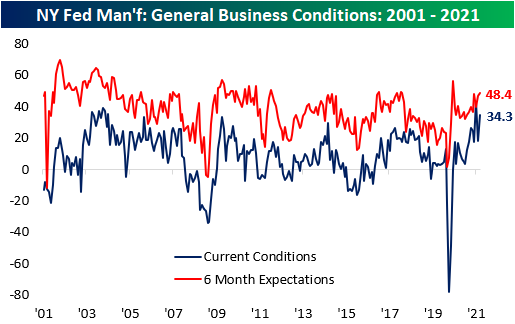 Just about everything drove the uptick in the headline number as only one index for current conditions was lower on a month-over-month basis: Prices Paid.  Not only did almost every category show acceleration, but current levels across the board are in the top decile of historical readings. While elevated and higher readings are perhaps not positives, Delivery Times and Prices Received both came in at record highs. 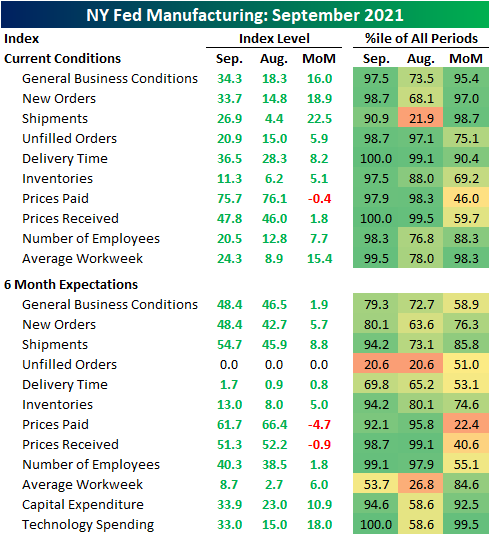 Some of the categories to have seen the most notable upticks this month were related to demand.  Both New Orders and Shipments saw increases in the top few percentiles of their respective historical ranges.  In fact, New Orders surpassed the July high to reach the highest level since July 2004.  The reading on Shipments has been particularly volatile over the past few months, and the September reading was still below the high from July. That being said, it still came in at a very healthy level in the 90th percentile versus the 21st percentile reading in August.  Additionally, expectations were far stronger. Coming in at 54.7, that index was at a seventeen-year high.

One area that expectations have gone the other way of current conditions is unfilled orders.  While the growth in demand meant the current conditions index is right below the spring highs, six-month expectations came in at zero for the second month in a row. In other words, reporting businesses expect backlogs to remain at current levels six months out even as inventories are being built up at one of the fastest clips on record. 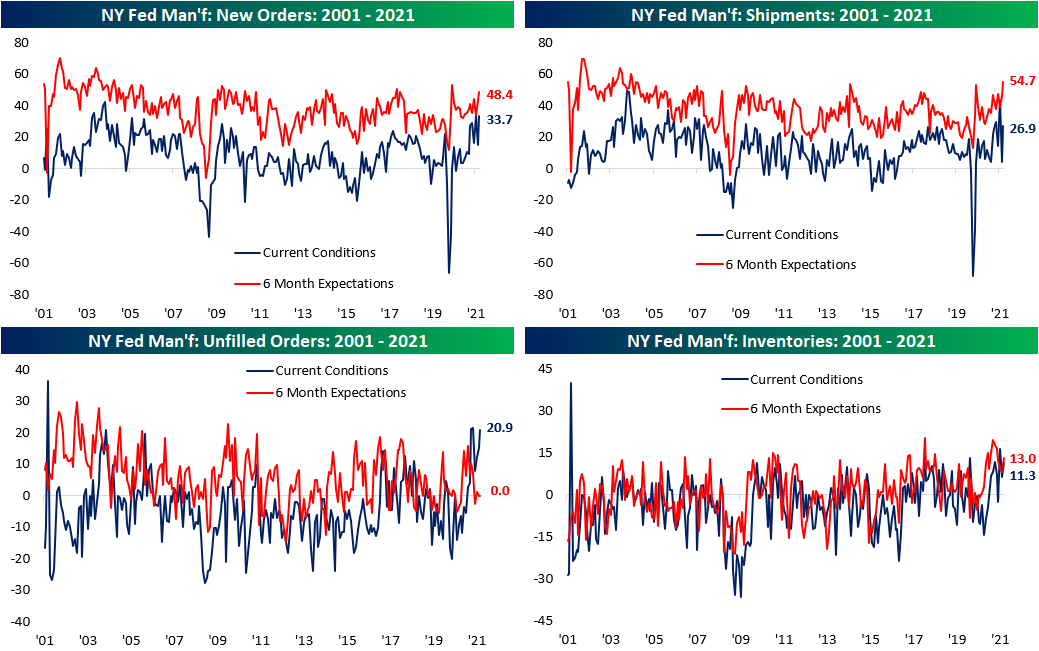 For the past few months, the index for Delivery Times had been showing some relief, but over the past two months, there has been increasing evidence once again of worsening supply chains.  The past two months have both seen the index increase over 8 points which brings it to yet another record high of 36.5. While time will tell if the prediction is right, on the bright side, expectations are much more modest for future delivery times. 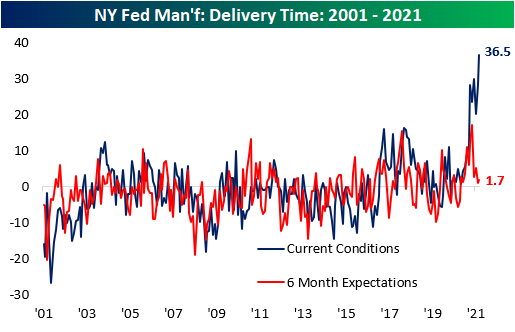 Prices are a somewhat similar story. Current levels are unlike anything seen through the history of the survey, but Prices Paid have now fallen for four months in a row.  That lower does not mean prices are falling but are instead growing at a slower rate. As such, price increases are continuing to be passed on to customers as prices received increased for the third month in a row to a new record high of 47.8. 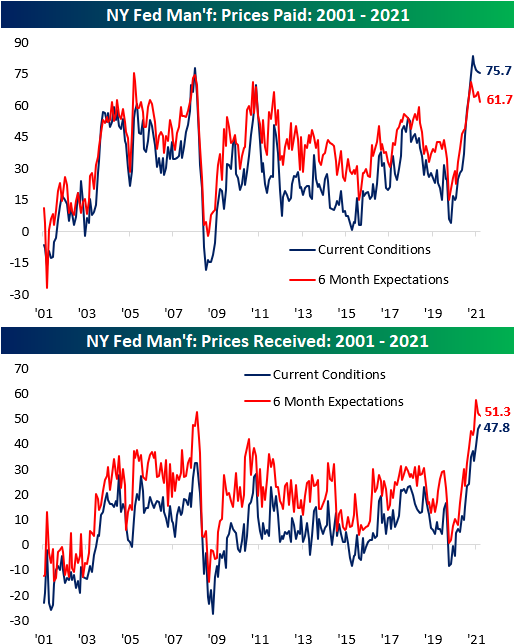 Employment-related indices also had a strong showing this month. The region’s businesses continued to take on more workers with the index rising to 20.5 which is just below the pandemic high of 20.6 set back in June.  Granted, there are also signs that demand for labor is not being met. In spite of that uptick in employment, the average workweek surged. That index leaped 15.4 points to come in at the second-highest level on record. 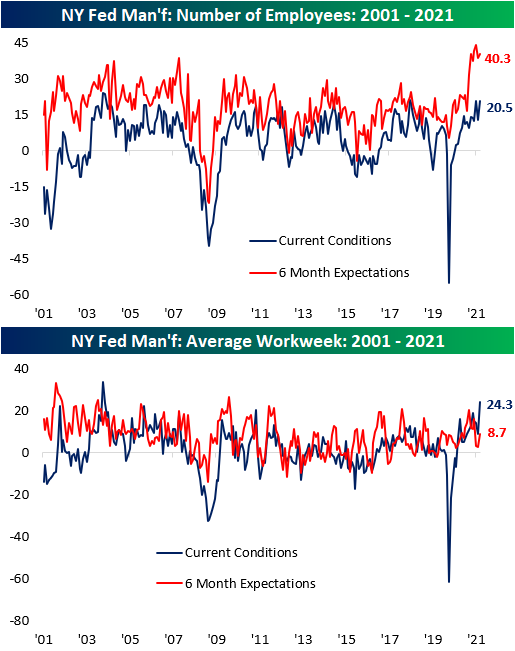 Perhaps because the demand for labor cannot be filled, responding firms appear to be turning to the other side of the production function.  Readings on plans for Capital Expenditure and Technology Spending also shot higher this month with the latter rising to record levels.  In fact, the month-over-month increase in Technology Spending was the second-largest monthly gain on record behind a 19.1 point leap in April 2009.  Click here to view Bespoke’s premium membership options. 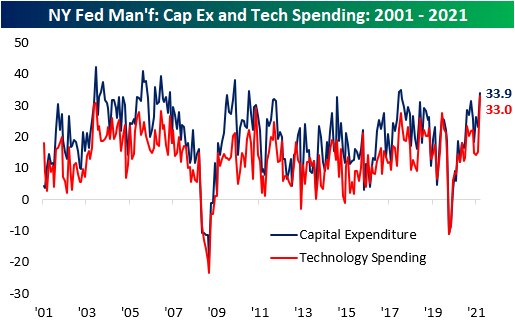