In the early summer of last year, the 10-Year Treasury Note was bid up considerably, resulting in it yielding less than the S&P 500’s dividend yield.  In fact, at the point of the largest divergence between the two in late August, the dividend yield of the S&P 500 was 56.9 bps higher than the yield on the 10-Year Treasury. Although the disparity between the two has shrunk from that August peak, that trend has generally continued in the months since then, though equities’ surge into the end of the year saw bonds briefly yielding more in December.  Since the start of the new year, stocks once again hold a higher yield, especially today as worries about the coronavirus have resulted in the selling of risk assets (raising the S&P 500’s yield) and subsequent buying of safe-havens (lowering the 10-Year Treasury yield). Now, the spread between the S&P 500’s dividend yield and that of the 10-Year is at its widest level in favor of the S&P 500 since October 10th.  Start a two-week free trial to Bespoke Institutional to access our full library of research and interactive tools. 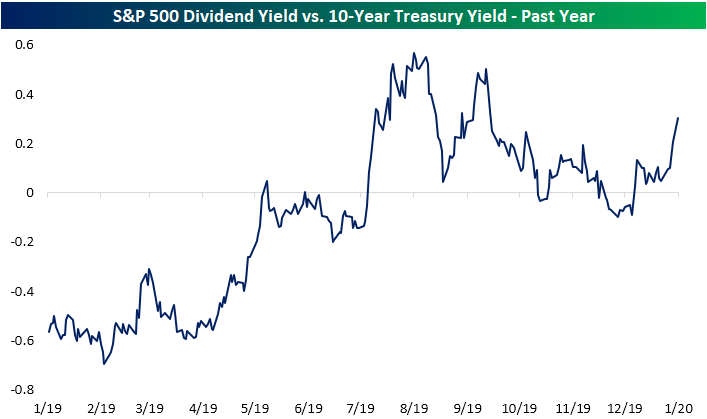 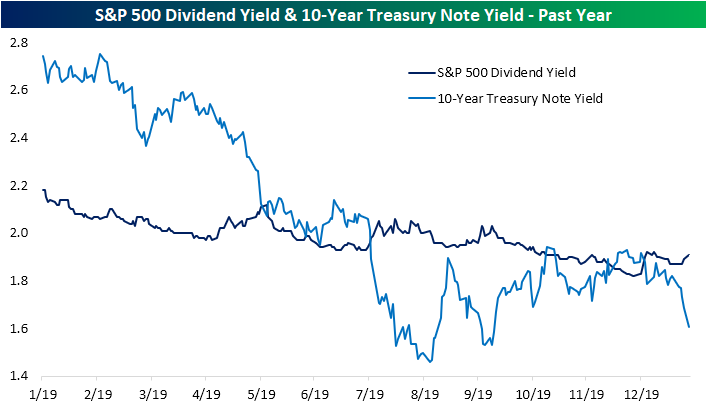