Stocks and Bonds Both in Rally Mode

When it comes to equity market performance in a given month, it doesn’t get much better than November.  While the S&P 500’s total return of 10.95% in the month was only the second-best monthly performance of the year, it was still enough to rank as the third-best month for the S&P 500 in the last thirty years and just the ninth month since 1980 that it was up 10%+. 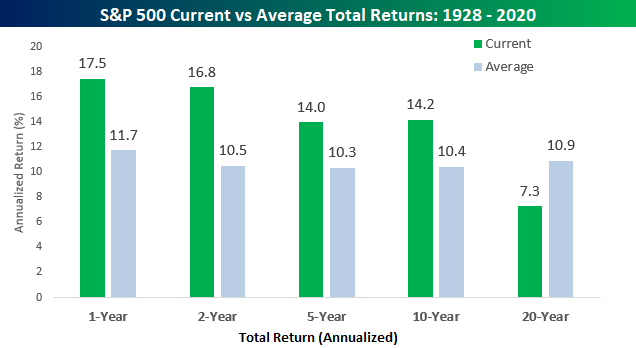 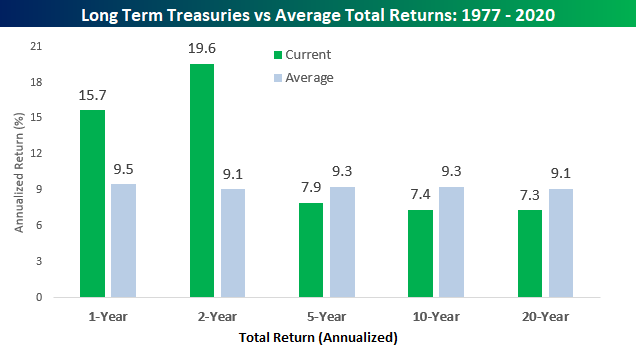 Lately, when you see rallies in the equity market, it tends to be accompanied by a decline in treasuries as yields rise.  In November, though, that wasn’t the case.  Even with the S&P 500 up 10.95%, long-term US Treasuries rallied just over 1%. So how uncommon is it for stocks to rally like they did in November while bonds also rally.  Actually, it is not very uncommon at all.  The table below shows the nine months since 1980 where the S&P 500’s total return in a given month was 10% or more, and of those months, long-term treasuies also rallied in every month but one (October 2011).  Click here to view Bespoke’s premium membership options for our best research available. 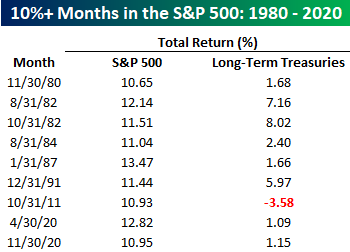