Stocking Up the Gun Safes

While 2020 will be remembered for any number of milestones, one that stands out is the explosion in gun sales.  While financial markets may hate uncertainty, gun sales thrive on it.  Fueled by the pandemic, civil unrest, and Biden’s victory in the November election, Americans sought out to purchase firearms at record rates in 2020. 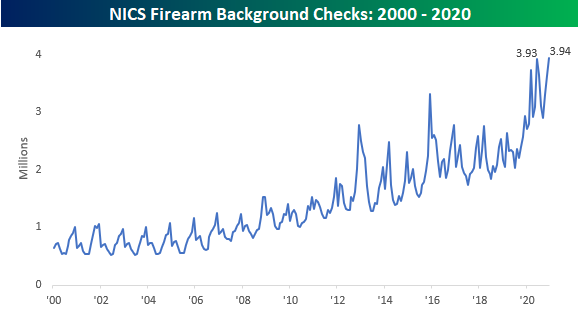 On an annual basis, gun sales have steadily trended higher over the years, but the step-up in background checks in 2020 was unlike anything we’ve seen in at least 20 years. 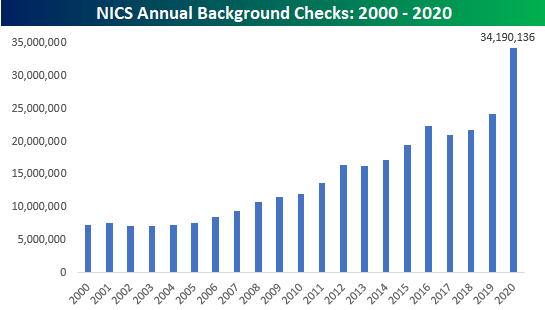 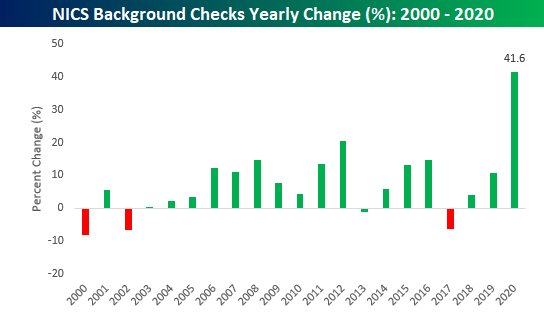 Despite the large increase in background checks, the stocks of the two publicly traded firearms producers haven’t followed the upward trend.  In the cases of both Smith and Wesson (SWBI) and Sturm Ruger (RGR), their stocks surged during the first half of the year as uncertainty was on the rise, but this latest wave of political uncertainty hasn’t provided nearly the same boost to their stocks.  Like what you see? Click here for a free trial to any of one of Bespoke’s premium membership options. 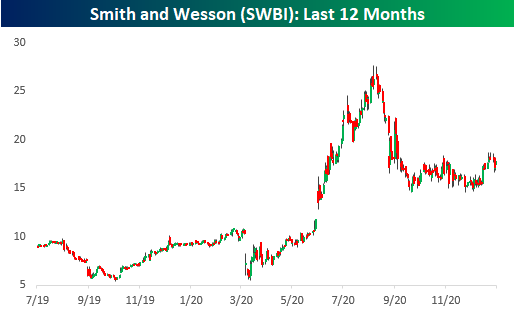 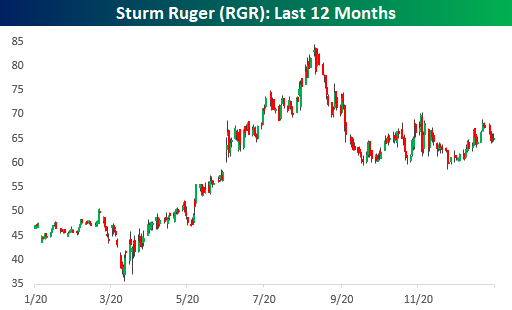