Initial jobless claims were anticipating a 10K decline to 350K this week.  Instead, claims rose back above 400K to reach the highest level since the week of May 14th. The 51K uptick to 419K this week was also the largest one-week increase since the final week of March. Not only was the most recent reading worse, but last week’s print was revised higher from 360K to 368K. 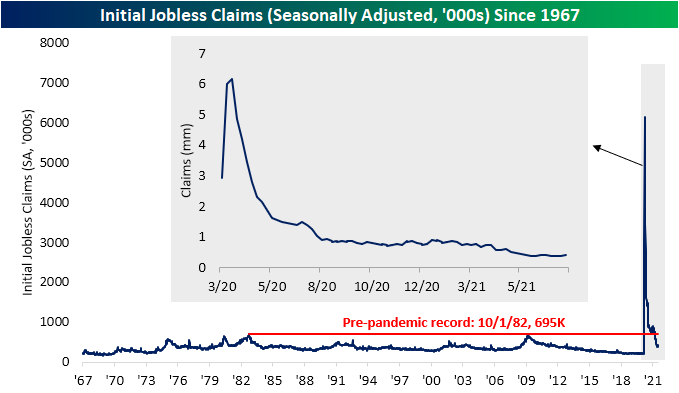 On a non-seasonally adjusted basis, it was a less dramatic increase with claims only rising 14.5K. Nonetheless, claims wound up above 400K. At 406.1K, it was the highest level in five weeks.  Taking seasonality into account, NSA claims moving higher week over week during the current period of the year has historically been uncommon.  Of all years since 1967, claims have only ticked higher during the current week of the year (29th week) 18.5% of the time.

Regular state claims were not the only area of deterioration though.  PUA claims had fallen back below 100K last week, but the most recent print rose to 110.3K. That made for the largest increase in initial PUA claims since the week of June 18th as total combined claims between regular state and PUA programs is at the highest level in two months. Delving deeper into the data though, more than half of the uptick in the national count of PUA claims was on account of a single state: Indiana.  PUA claims for that state rose from zero to 7,598 after a judge ordered the program to be restarted. 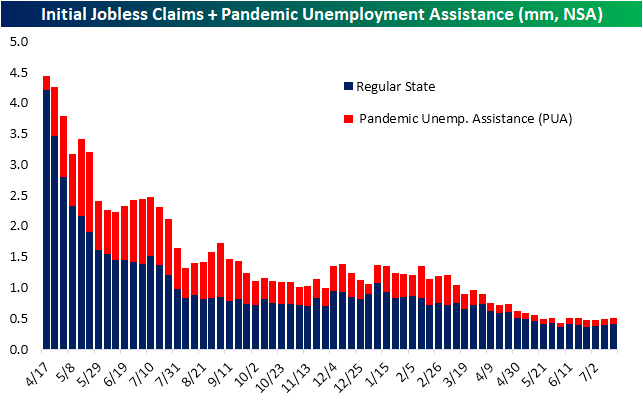 Continuing claims through regular state programs were also weaker than expected coming in at 3.236 million versus forecasts of 3.1 million. Similar to initial claims, last week’s print was also revised higher by 24K.  While expectations were calling for a larger decline and last week’s print was not as strong, adjusted continuing claims are still at the lowest level since last March. 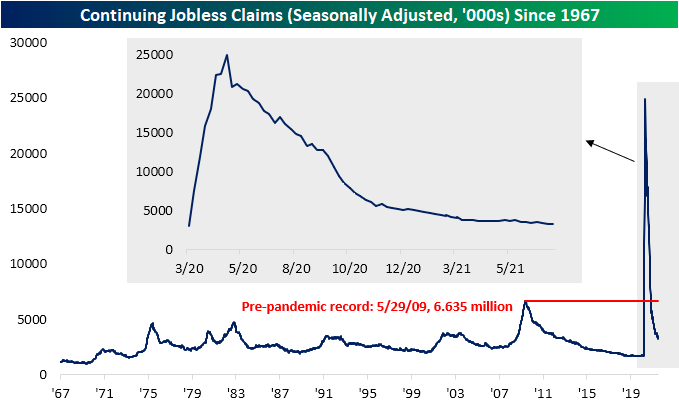 Delayed an extra week, the inclusion of all other programs are finally clearly showing the withdrawal of states from pandemic era programs.  Total claims for the first week of July fell to 12.59 million from 13.86 million.  That 1.27 million drop in a single week was the largest since March 12th.  Obviously, the bulk of those declines were on account of PUA and PEUC programs while Extended Benefits and regular state programs also saw significant declines.Click here to view Bespoke’s premium membership options. 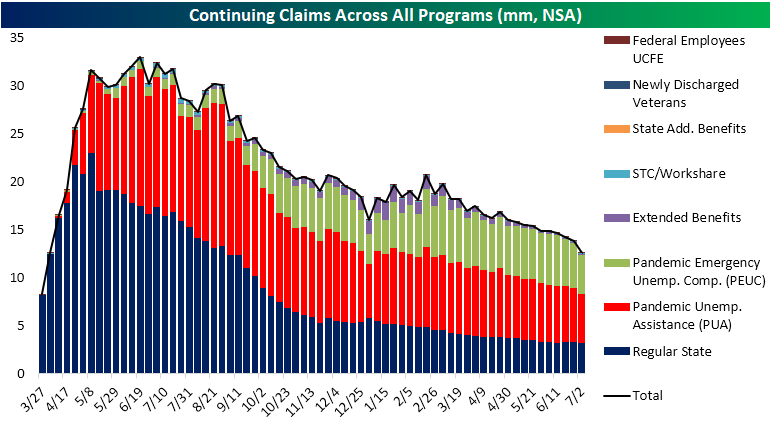 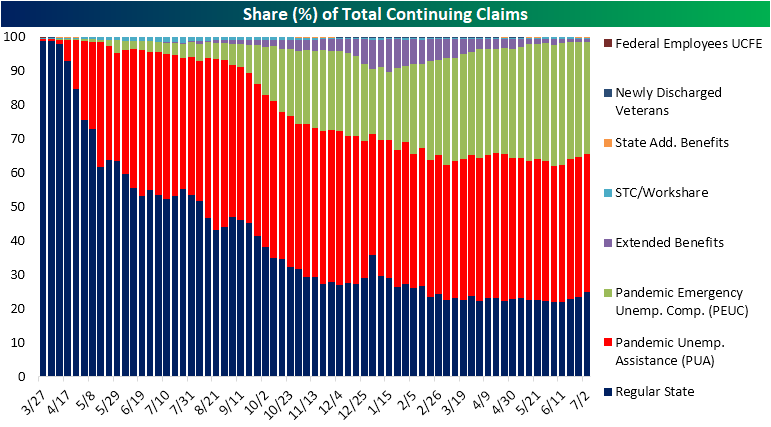