While last week’s jobless claims number was already disappointing on account of increases in layoffs in the manufacturing and automobile industries in Michigan, Texas, Missouri, Illinois, and Ohio, and this week that reading was revised higher by 5K to 424K.  Fortunately, the most recent print saw an improvement with claims falling to 400K.  That compares to expectations of a drop back below 400K to 385K. 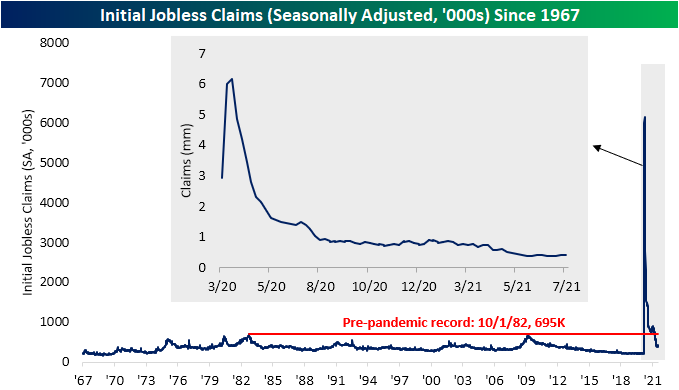 While the seasonally adjusted number did not improve by as much as expected, the non-seasonally adjusted number was much stronger at 344.7K.  That leaves initial claims within 100K of the last sub-one million claims print from March 13th of last year.  Given that disconnect between the seasonally adjusted and unadjusted numbers, it goes without saying that drops in the NSA number are due to seasonality and typical for this time of year. In fact, as shown in the second chart below, since 1967 when the data begins, claims have risen only 11% of the time during the current week (30th) of the year. That ranks sixth as the week of the year in which claims have most often fallen week over week.

Since mid-June, PUA claims have been fluctuating around 100K. Last week saw a rise up to 109.9K thanks to a big jump in Indiana following a judge’s order for the program to be restarted. Indiana claims started to normalize this week and saw the largest drop of any state, national PUA claims came in back below 100K at 95.17K.  That is the lowest level since the first week of June when PUA claims put in a low of 71.23K. 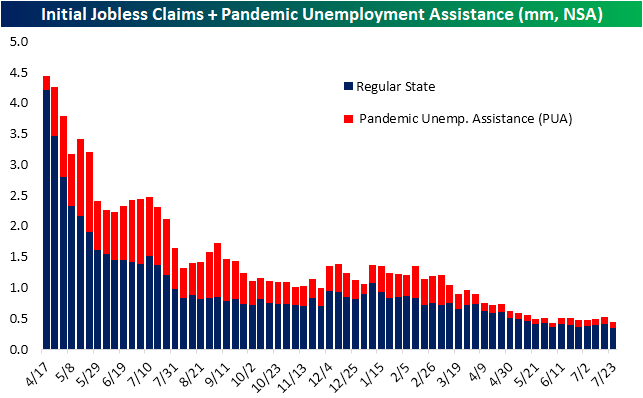 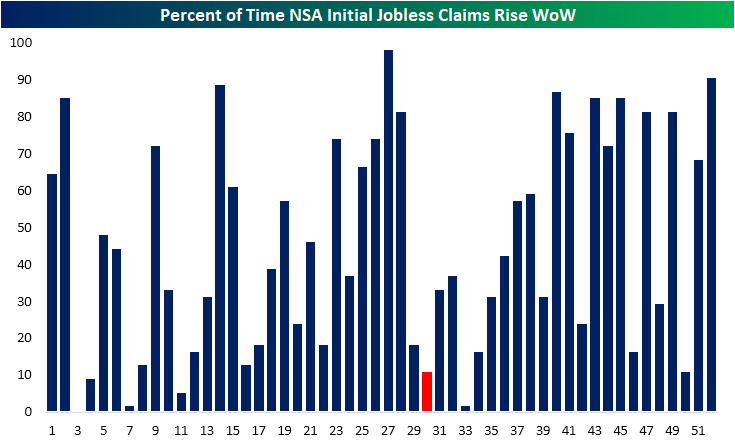 Lagged an additional week to initial claims, continuing claims snapped a streak of three weeks of improvement.  Continuing claims rose to 3.269 million from 3.262 million in the prior week.  That is only the highest level since the end of June. 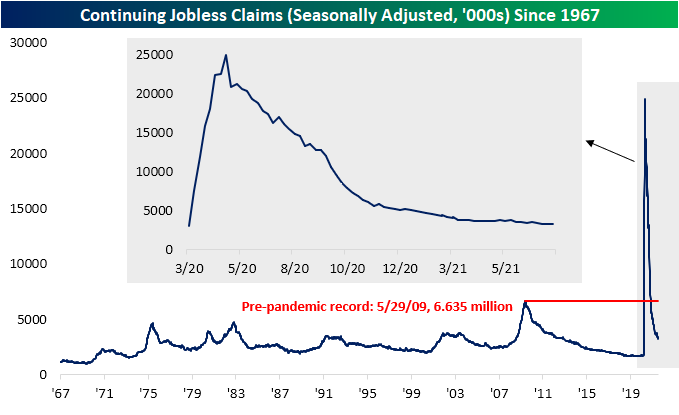 Factoring in all other programs creates an additional week of lag making the most recent reading through July 9th. Continuing claims broadly saw a move higher across programs that week bringing total claims to 13.17 million from 12.59 million.  That brought to an end a streak of ten consecutive weeks of declines. As for which programs, in particular, accounted for that uptick in claims, the biggest contributor was the Extended Benefits program.  This program saw claims go from under 100K all the way up to 343.5K. While we cannot point to any particular reason for each state’s increase, that large move higher was particularly thanks to two of the most populous states: Texas and California which saw weekly claims rise 180K and 67.1K, respectively. Throughout recent claims reports, there have been a handful of state-level idiosyncracies which impact aggregate claims counts, but overall the trend of improving claims on a national level remains in place. Click here to view Bespoke’s premium membership options. 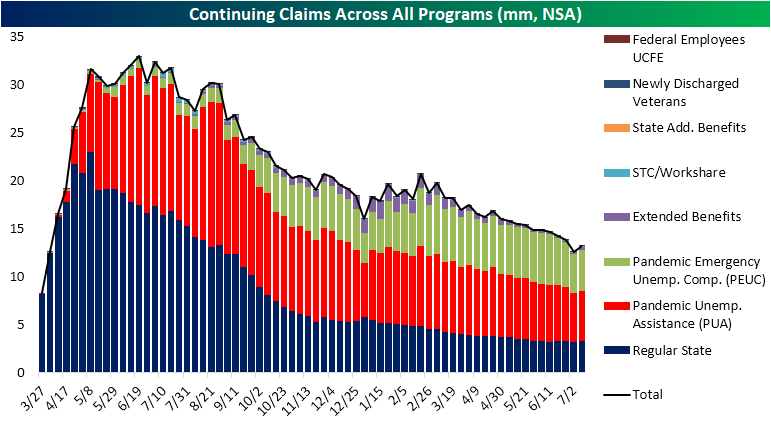 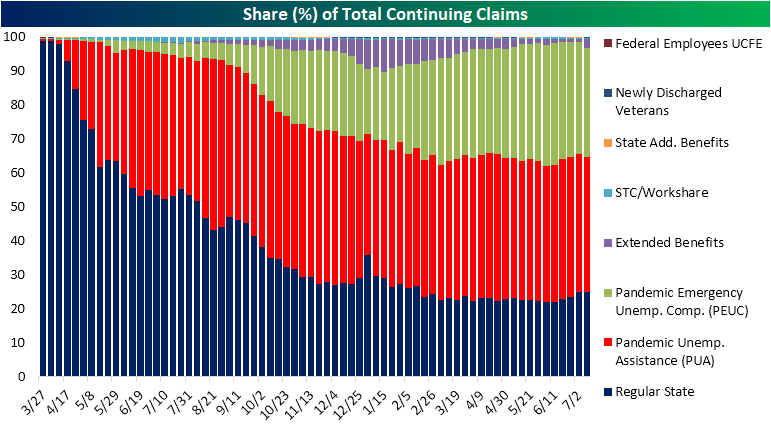