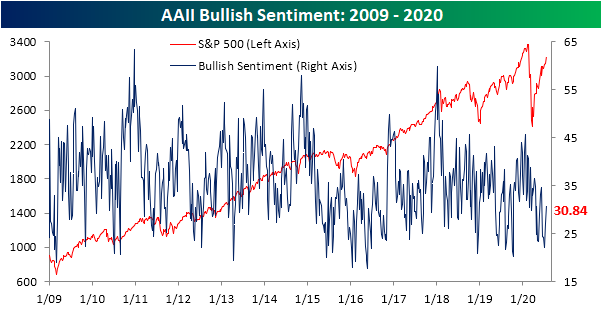 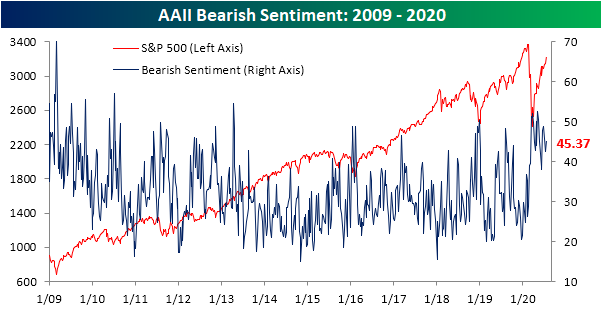 The gains to bulls and bears borrowed from those formerly reporting as neutral. Neutral sentiment fell 6.38 percentage points this week. That was the largest week over week decline since the first week of March. Now at 23.79%, neutral sentiment has reversed all of its gains of the past month and a half as it sits at its lowest level since May 7th. Click here to view Bespoke’s premium membership options for our best research available. 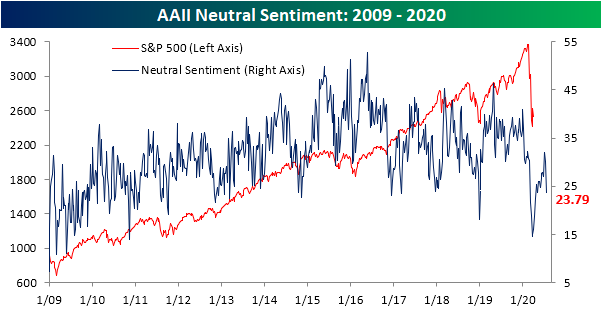