This week’s readings on sentiment through the American Association of Individual Investors‘ weekly survey was little changed following choppy price action over the past week.  Bullish sentiment fell just 0.23 percentage points to 24.14% marking a second straight week with less than a quarter of respondents reporting as bullish and the lowest reading since May 14th’s 23.31%. That small drop this week on top of the declines the prior two weeks also marks the first back to back to back declines in bullish sentiment since the three weeks ending January 9th. That’s right, not even during the bear market did bullish sentiment fall for three consecutive weeks. While there may not have been another period since January with consistent declines like the current stretch, there were other three week spans with larger declines. From April 16th to May 5th there was an 11.19 percentage point decline and from February 20th to March 12th there was a 10.86 percentage point decline compared to the current 10.41 percentage point decline from the June 4th high to today. 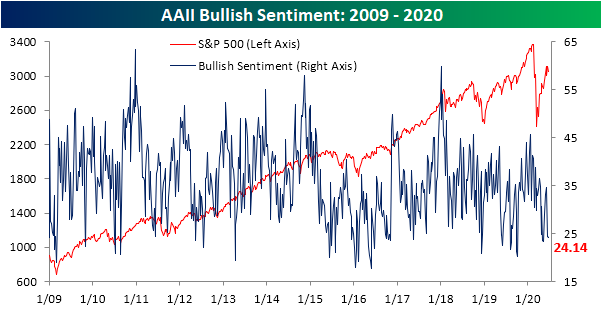 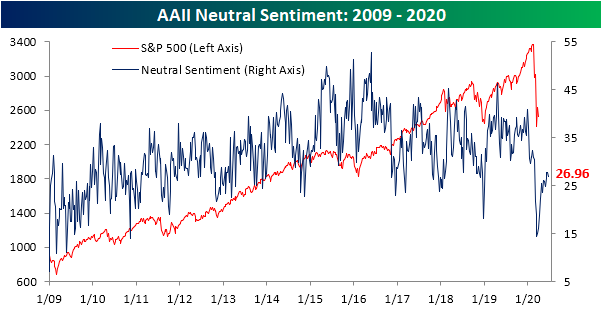 Meanwhile, bearish sentiment remains the predominant position among survey respondents, rising for a second straight week to 48.9%.  Like bullish sentiment, this week did not see a particularly large move with the bearish camp only rising 1.12 percentage points.  The current reading is now the highest since May 14th when more than half of respondents reported as bearish. 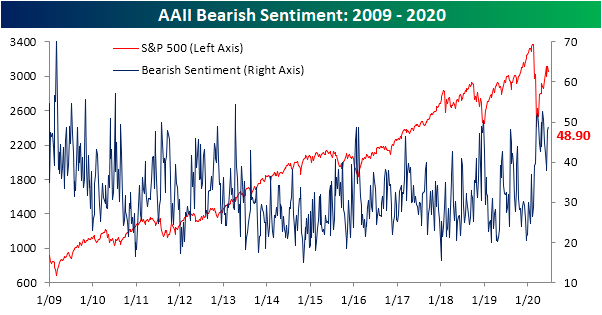 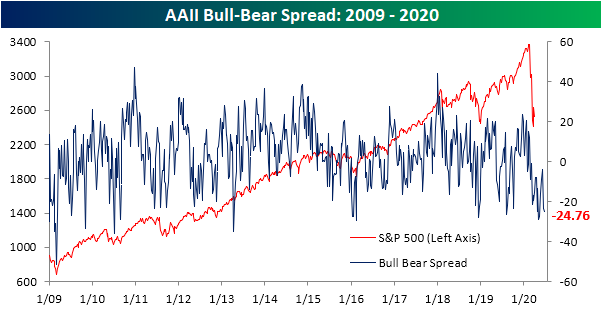 While AAII’s survey holds a bearish bias at the moment, the Investors Intelligence survey is much more bullish. Bullish sentiment in this survey rose from 54.9% last week to 57.3% this week which is the highest level since January 22nd. That is also at the upper end of the past decade’s range in the 86th percentile. Bearish sentiment on the other hand fell for a 13th straight week which is its longest stretch of consecutive declines since at least 1997. Now at 18.4%, bearish sentiment is at its lowest level since January 22nd. Click here to view Bespoke’s premium membership options for our best research available. 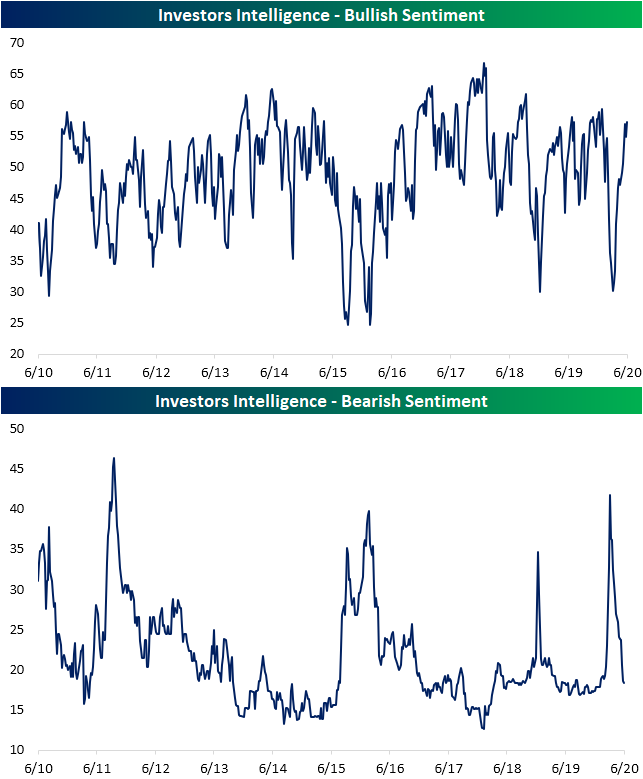