SPY Snoozefest Coming To An End?

In today’s Morning Lineup, we noted how the major US equity indices have been a bit sleepy with each one having risen less than 1% over the five days ending yesterday.  As shown below, that lack of volatility actually extends back to the prior week as well.  The S&P 500 (SPY) has generally trended in a sideways range over the past two weeks. That was until today. While yesterday’s move higher brought SPY to the high end of that recent range, the reaction to the strong NFP report is marking a more distinct breakout. 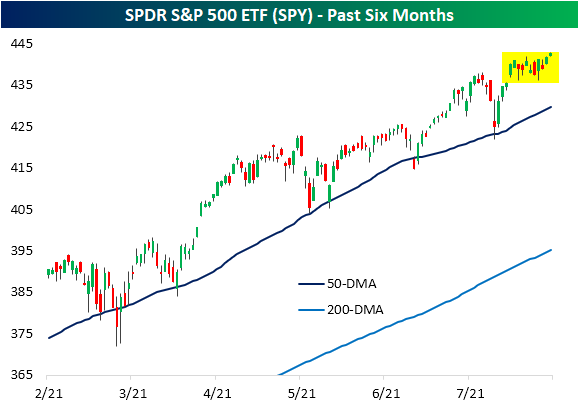 As for just how narrow of a range SPY has traded in, in the charts below we show the distance (in percentage terms) between the intraday high and low over a rolling ten trading day span. While today’s move higher lifted the reading to 1.59%, as of yesterday’s close there was only 1.34% between yesterday’s intraday high and last Tuesday’s intraday low. Going back through the history of SPY, there have only been 146 other days, or just 2% of all days, in which that range was less than 1.5%. In fact, the last time that there was as narrow of a ten-day range as yesterday’s reading was the first trading day of 2018. Click here to view Bespoke’s premium membership options. 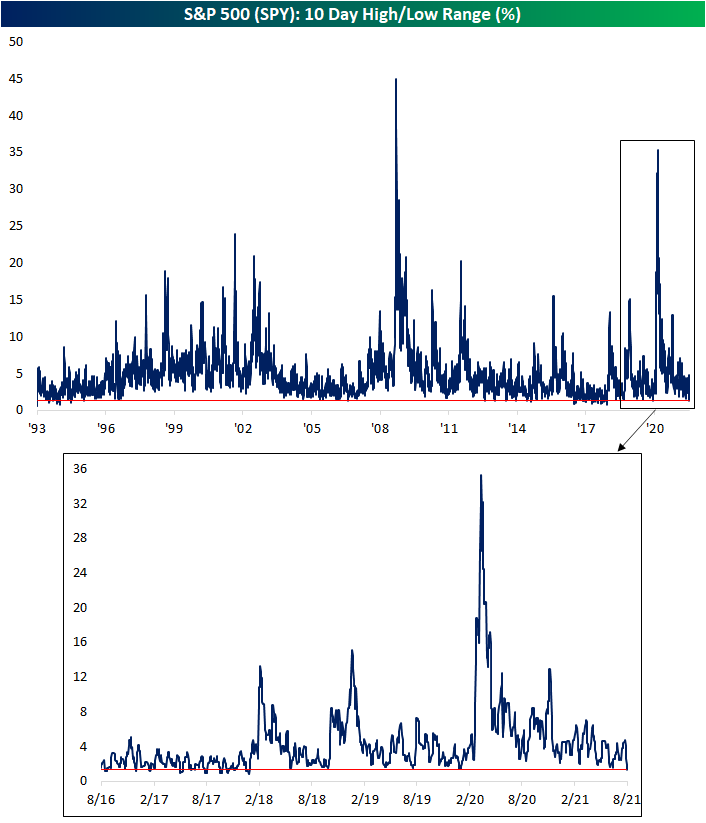