The S&P 500 (SPY) has struggled to pick a direction so far this morning but at least as of this writing, it is on pace to finish lower yet again. From a technical perspective, the index is at a cross roads having formed a wedge in the past couple of months. During the recent rally, SPY did manage to move back above its 200-DMA, but it couldn’t quite get above the past year’s downtrend line.  After the streak of declines in the past week, it has returned to the bottom of the rough uptrend line that has been in place off the October lows. 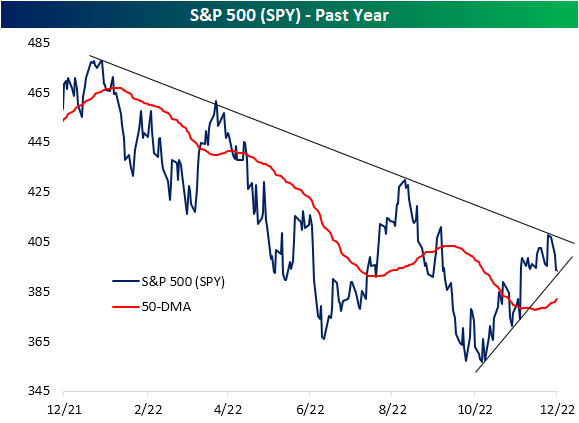 Again price action has been choppy so far today, and while further declines could result in a break down, it would also mark an impressive, but not exactly unheard of, streak of declines.  As shown below, it would be the fifth daily decline in a row.  From a historical perspective, that is not particularly rare with 65 other streaks of 5 days or more since SPY began trading. As recently as October and September, there were two streaks that even extended to 6 days long. 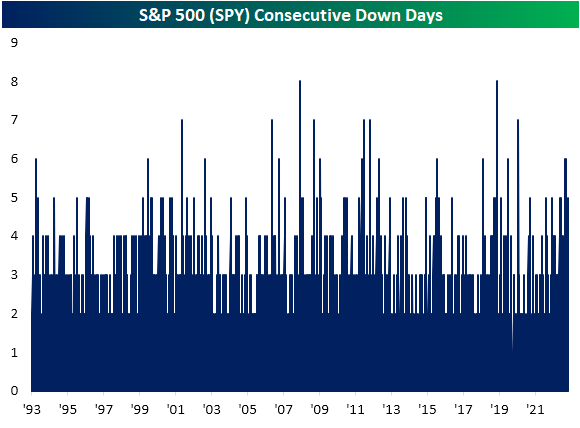 What is more rare is for these streaks to start at the beginning of a new month.  In fact, this month’s 3.5% drop to start December is on pace to be the 20th worst start of a month for the S&P 500 ETF (SPY) since inception, and there have only been two other times in which all of the first five trading days of a month have seen declines: February 2002 and June 2011. As shown below, those streaks of declines actually came in what were the middle of periods of consolidation while the following few months went on to experience further downside. As for the actual size of the declines, both of those previous instances saw larger drops (roughly around 4.5%) than the 3.5% decline currently. 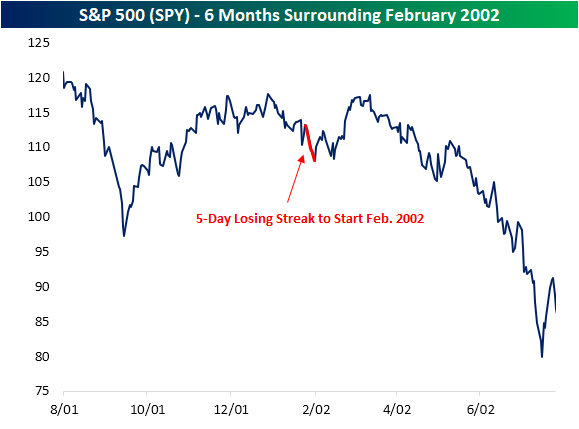 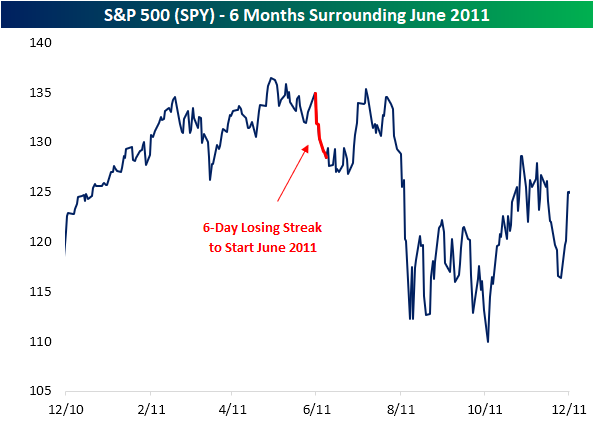