The S&P 500’s rally to end last week proved to be a pump-fake, as the gains have already been washed away this week.  As shown below, the S&P is still hanging onto an uptrend for the year, but its recent failure to make a new high above its July highs is a negative technical set-up. 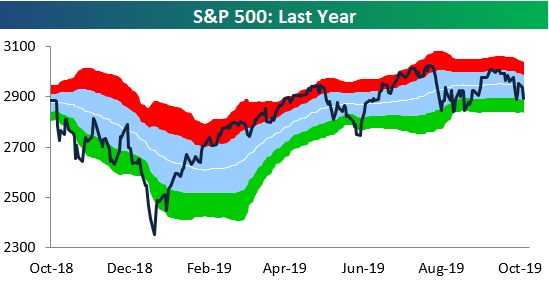 Below are trading range charts of the ten major S&P 500 sectors (Real Estate is excluded).  The red shading represents overbought territory while the green shading represents oversold territory.  The white line is the sector’s 50-day moving average.  Every cyclical sector is now below its 50-day moving average.  Consumer Staples and Utilities are the only sectors above their 50-DMAs and the only sectors that managed to make new highs during the S&P’s early September rally.

While technicals don’t look especially positive, things haven’t broken down yet either.  Most sectors are simply at or near the bottom of multi-month sideways ranges.

Some of the key breadth measures we track have gotten weaker and weaker with each rally recently.  And while the S&P is still above lows it made in early June and again in August, the percentage of stocks now trading above their 50-day moving averages has moved back down to levels seen at those prior lows. 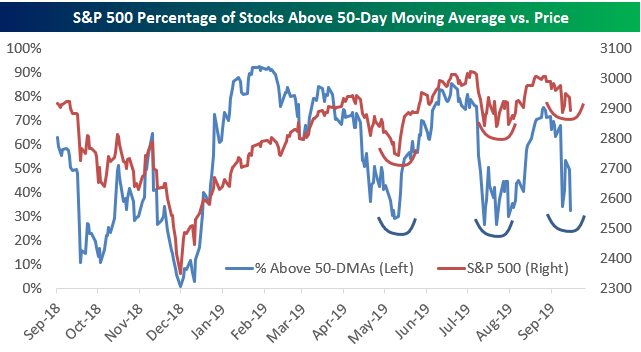 As shown below, 32% of S&P 500 stocks are now above their 50-DMAs, and Utilities and Real Estate are the only sectors with healthy readings of 86% and 69%, respectively.  Defensives have been the place to be.

Technology has also started to weaken significantly.  Only 27% of stocks in the sector are above their 50-DMAs, which is five percentage points below the reading for the S&P 500.  Over the last few years, Tech has always been a market leader, but the sector’s internals are starting to show cracks that we don’t want to see.

There are four sectors with breadth readings in the teens.  Communication Services, Health Care, Energy, and Financials all have 18% or less of their stocks above their 50-day moving averages. 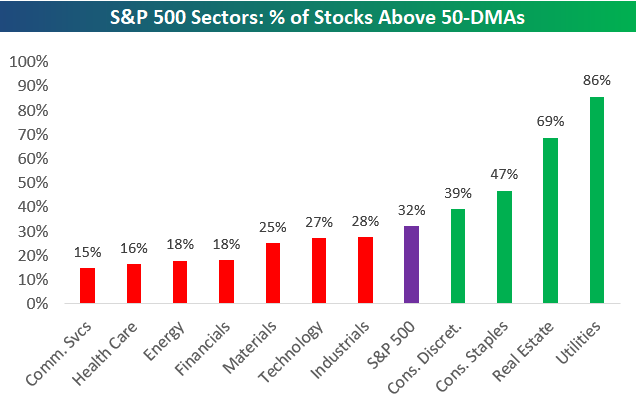 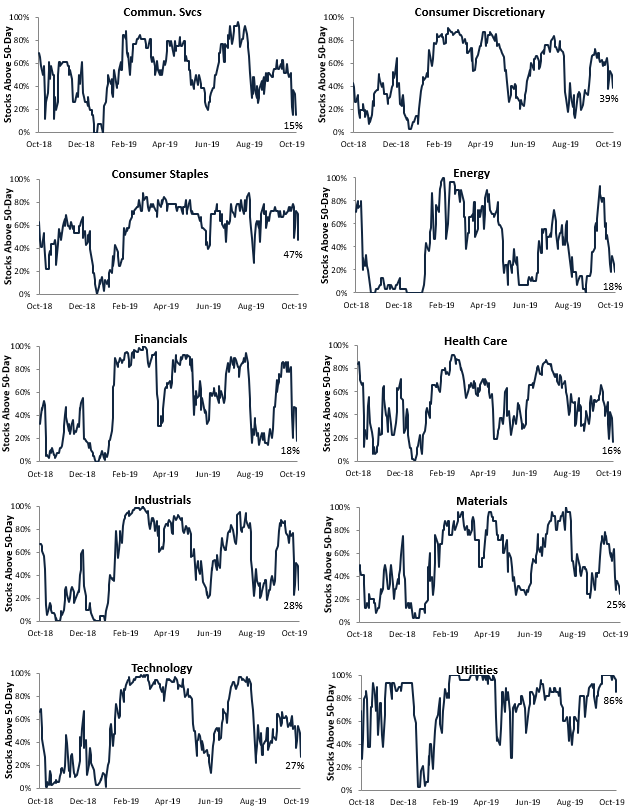