The S&P 500 Energy sector ETF (XLE) tried to break out of its downtrend in late 2019, but the bounce has been completely erased as of today with it plunging to new 52-week lows.  Talk about an ugly chart.  Start a two-week free trial to Bespoke Institutional to access our Bespoke Report, Chart Scanner, custom portfolios, and much more. 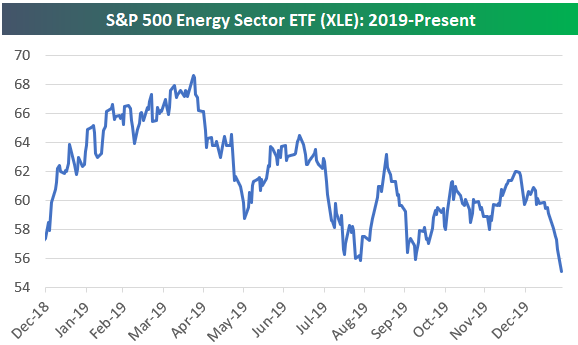 Remarkably, the Energy sector now has a weighting in the S&P 500 with a 3-handle – 3.97% to be exact.  That’s less than 50 basis points larger than the Utilities sector, and less than 1.5 percentage points away from being the smallest sector in the entire index (which currently belongs to Materials at 2.52%). 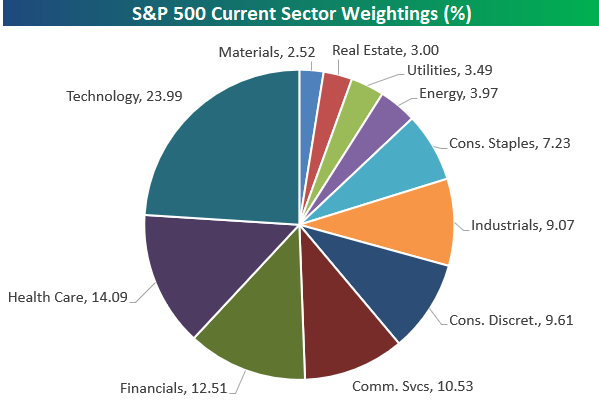 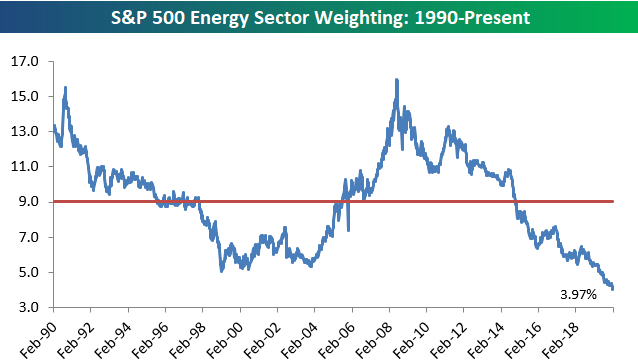 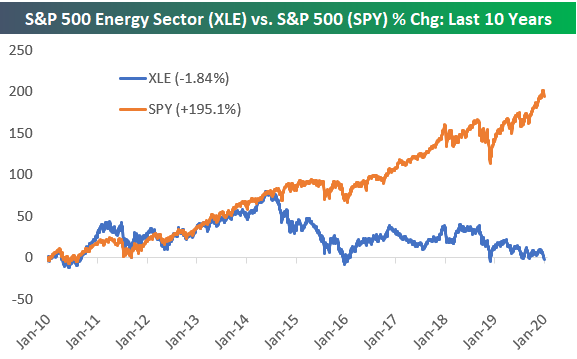 Below is a chart of XLE going back further to 1999 when the ETF began trading.  From 1998 through mid-2008, the Energy sector was one of the best sectors to be in.  It fell with everything else during the Financial Crisis and then managed to recover all of its losses and make new highs in 2014.  It’s really only the last five years where the bottom has fallen out, especially relative to the rest of the stock market. 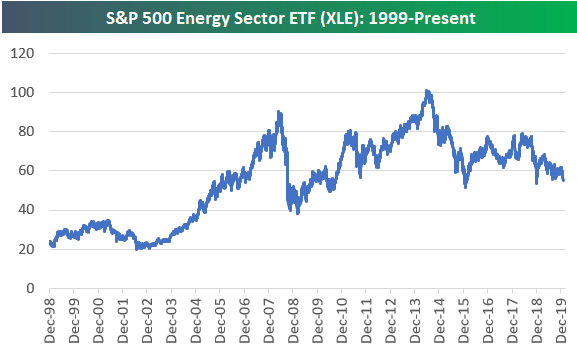 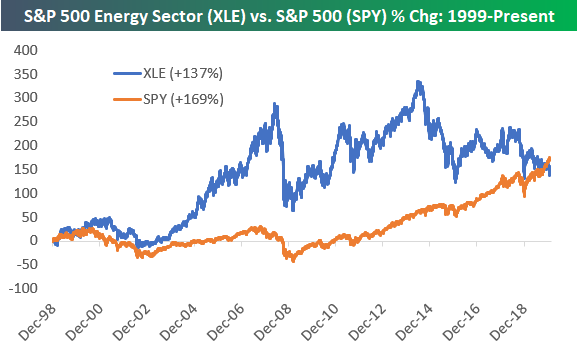