With the dramatic plunge in equities in late February and March, the S&P 500’s dividend yield rose all the way up to a high 2.81% on the March 23rd low.  The subsequent rally off of that March 23rd low has seen the dividend yield pull back to 2.15%.  While dividend cuts on account of slowed business could result in that yield falling further as earnings season progresses, at the moment, the S&P 500’s yield remains far more attractive than that of US Treasuries which are historically low after the flight to safety recently.  As of today, the 10-Year Treasury only yields 55 bps which is just off of the March 9th low of 54.07 bps. 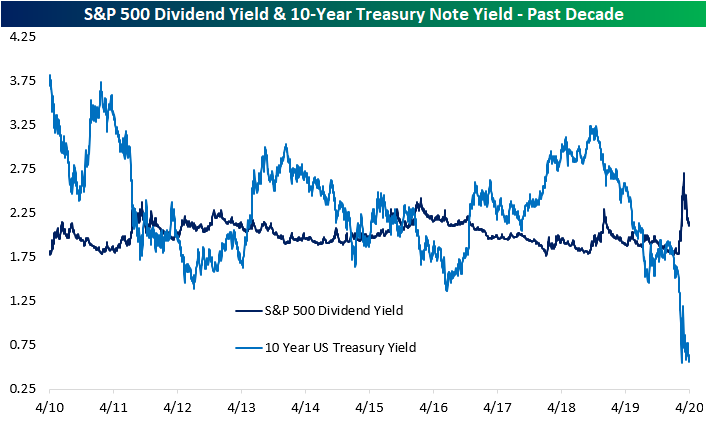 On March 23rd the difference between the S&P 500’s dividend yield and that of the 10-Year Treasury was around 1.915 percentage points; the most in the past half century.  Today the spread has narrowed a bit to 1.59 percentage points, but as shown below, that still remains wider than anything we’ve seen over the last 50 years.  Start a two-week free trial to Bespoke Premium to access our full range of research and interactive tools. 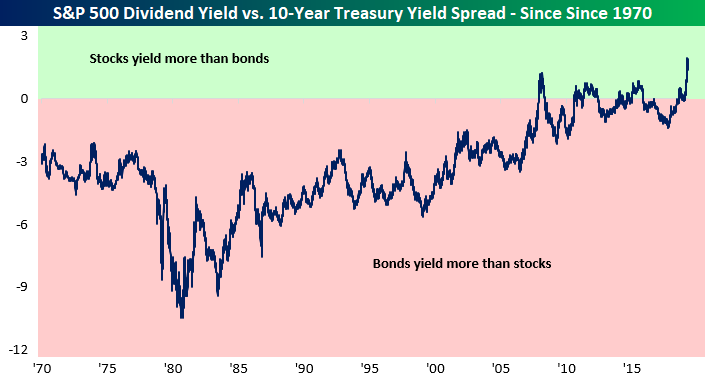