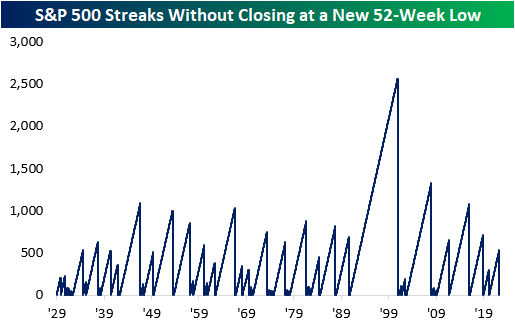 The streak that ended today was the seventeenth longest on record and the 20th streak where it went at least 500 trading days without a 52-week low. Following the end of prior streaks, near-term forward returns have been quite weak. Over the next week, the S&P 500 averaged a loss of 50 basis points, which is 60 bps less than the average for all periods. Over the following month, the average gain was about half of that of all periods (+0.3% vs +0.6%). Apart from the next six months, positivity rates were also lower across every time period we looked at. In the next year, the S&P 500 averaged a gain of 6.6% (median: 13.0%) versus 8.0% for all periods. 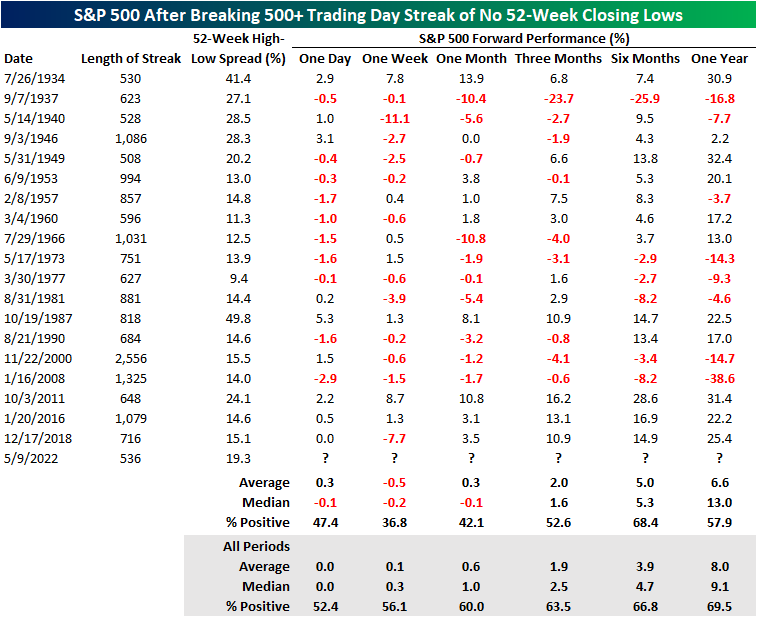 The S&P 500 has only declined by 2%+ to set a new closing 52-week low 24 times (for the first time in twelve months) since 1928. Following these occurrences, the index averaged a decline of 1.3% (median: -0.5%) over the following week, which is 140 basis points below the average of all periods. Over the following month, the S&P 500 averaged a gain of just 20 basis points (median -1.1%), which is again, lower than the average of all periods. Over the following three and six months, average returns were better than average, although median returns were mixed.  One year later, the average performance was slightly better than the average for all periods, but the median return was more than twice the historical average. Click here to view Bespoke’s premium membership options. 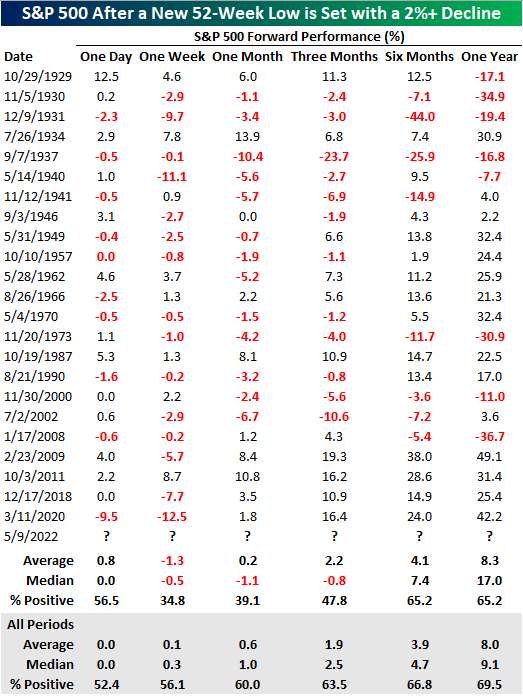