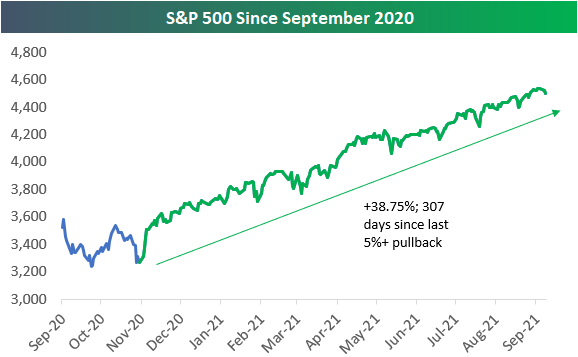 The current streak of 307 days without a 5%+ pullback ranks as the 13th longest on record.  It has been a good run, but it’s certainly not unprecedented either.  Click here to view Bespoke’s premium membership options. 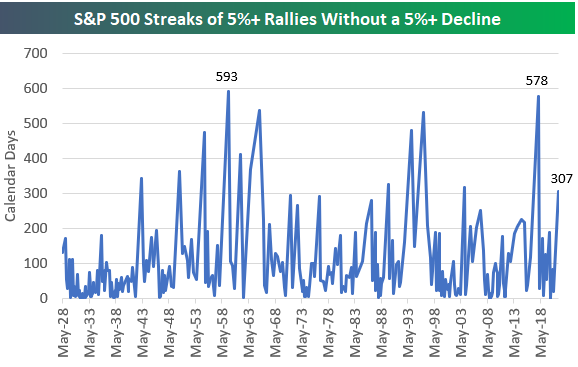