It’s hurricane season and leading the news to start the week has been the landfall of Hurricane Ida on the 16-year anniversary of Hurricane Katrina. In today’s Morning Lineup, we detailed the initial impact of the storm on what will likely be the most impacted sector: energy. As could be expected with a regionally focused event, equities are largely shrugging things off with the S&P 500 and Nasdaq both solidly higher and reaching new records today.  As for a more particular look, in the heatmap below, we show the average five-day performance of S&P 1500 stocks based on their state of domicile.

Obviously, this is not an exact read-through of a stock’s geographic exposure—for example, a company may be headquartered in one state, but the bulk of its business is based in others—but Louisiana based equities have, on average, actually seen worse performance than neighboring states or the country more broadly.  Of the average performance of stocks domiciled in the 48 applicable states plus DC (no S&P 1500 companies are domiciled in Alaska, Wyoming, or Vermont), Louisiana-based stocks rank as the eighth-worst performers over the past five days. The absolute worst state, though, has been Kansas, but that is primarily due to an over 36% decline in SelectQuote (SLQT).  Admittedly, this is an imperfect measure of a company’s geographic exposure, and individual stories related to each specific business are of greater importance than where each company is domiciled. it is interesting to note that S&P 1500 companies domiciled in Louisiana have underperformed the broader market in the past week. 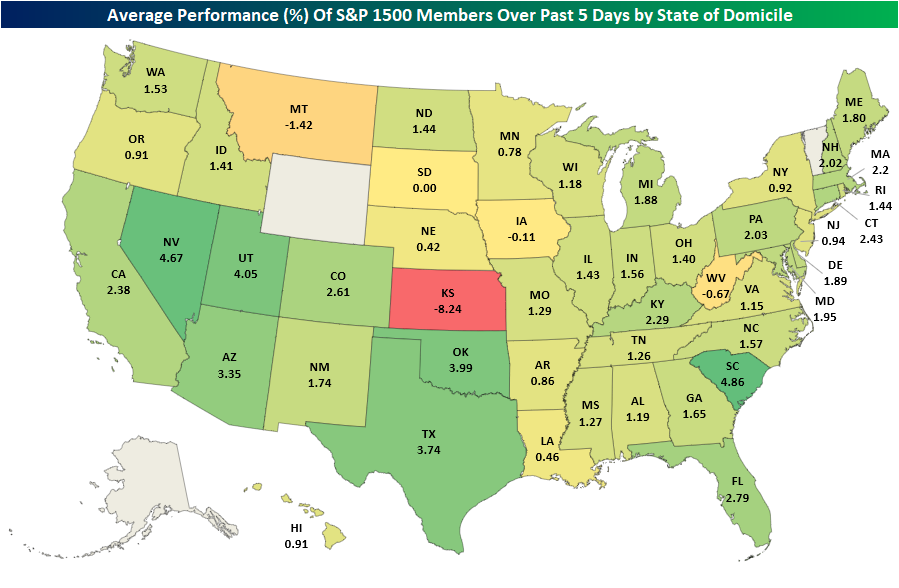 When looking at average performance, we would also caution that various states have dramatic differences in the actual number of stocks domiciled within each state. For example, there are just seven S&P 1500 companies domiciled in Louisiana, and their combined market cap is only $79 billion.  That compares to neighboring Texas with 130 stocks that have a total market cap of $1.8 trillion. It also pales in comparison to California’s 223 stocks with a combined market cap above $15.5 trillion. So again, holding constant any more systemic or lasting effects of the storm, looking purely at where stocks are domiciled does not imply Hurricane Ida would necessarily have a massive impact on broad swathes of the market. Click here to view Bespoke’s premium membership options. 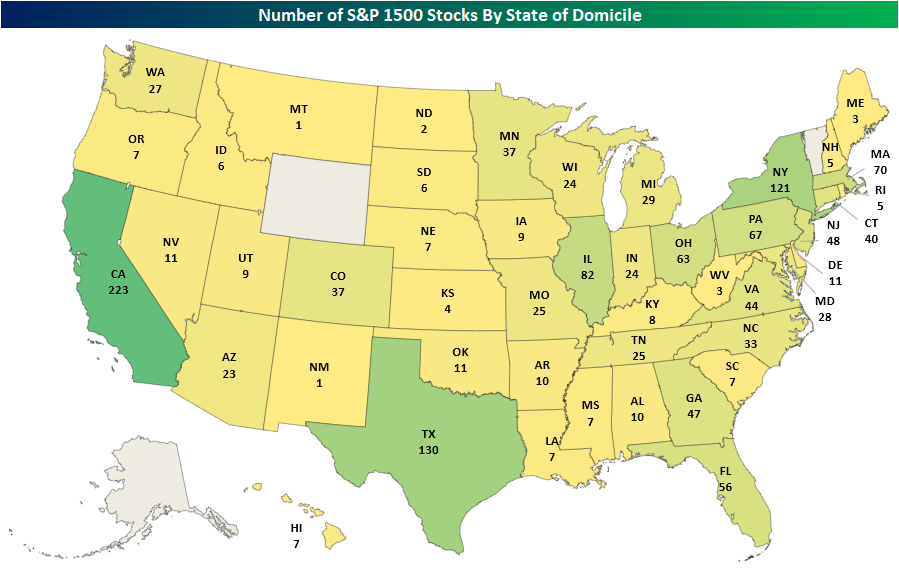 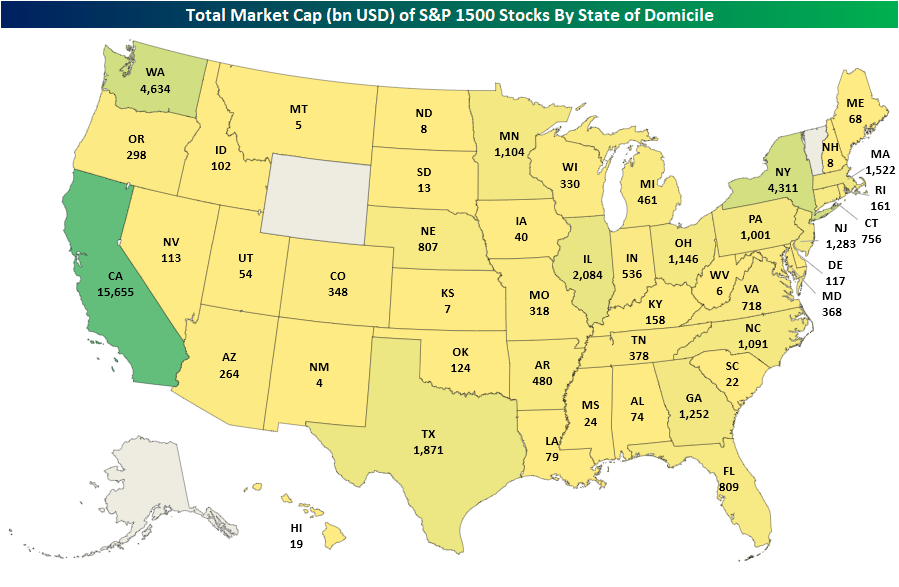