All around the world, government bond yields are on the rise and hitting some significant levels. In many cases, the rapid increase in yields over the past month has resulted in multi-month, if not multi-year, highs. For Spain and Italy, today’s level of yields are the highest since May and June 2020, respectively. The 10 year US Treasury yield has reached the highest level since January 2020 as Canada, France, the UK, and Germany meanwhile have the highest yields since the spring of 2019. In the case of Germany, the bund yield even moved back into positive territory for the first time since 2019.   As the 10-year yield on Swiss bonds has reached the highest level since the fall of 2018, it too has moved back into positive territory in recent weeks.   While it has also seen a big rise in yields, Brazilian bond yields remain further off of prior highs. 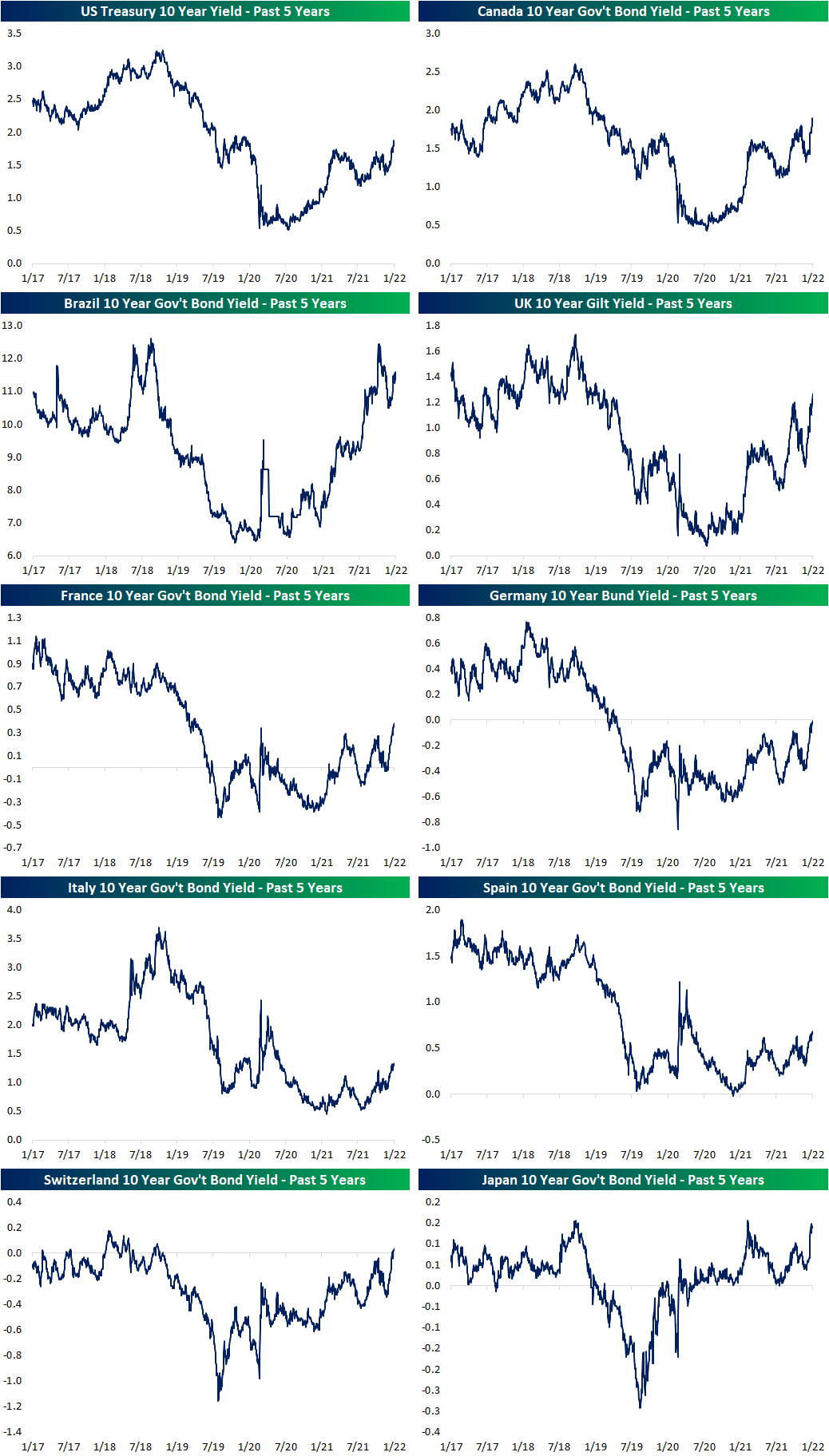 As previously mentioned, the broad move in yields in the past month has been rapid. In the charts below, we show the one-month change in the 10-year yields for these countries’ bonds going back over the past five years. In most cases, the current run has been the sharpest increase since around the time of the COVID crash. For each country shown, those one-month changes also rank in the top few percent of all monthly changes over the past two decades. In fact, for Canadian bonds and UK Gilts, the moves rank in the top 1% of all monthly moves over the past twenty years. In today’s Fixed Income Weekly, we take a closer look at the moves in yields for a range of countries, and the implications for foreign exchange.  Click here to view Bespoke’s premium membership options. 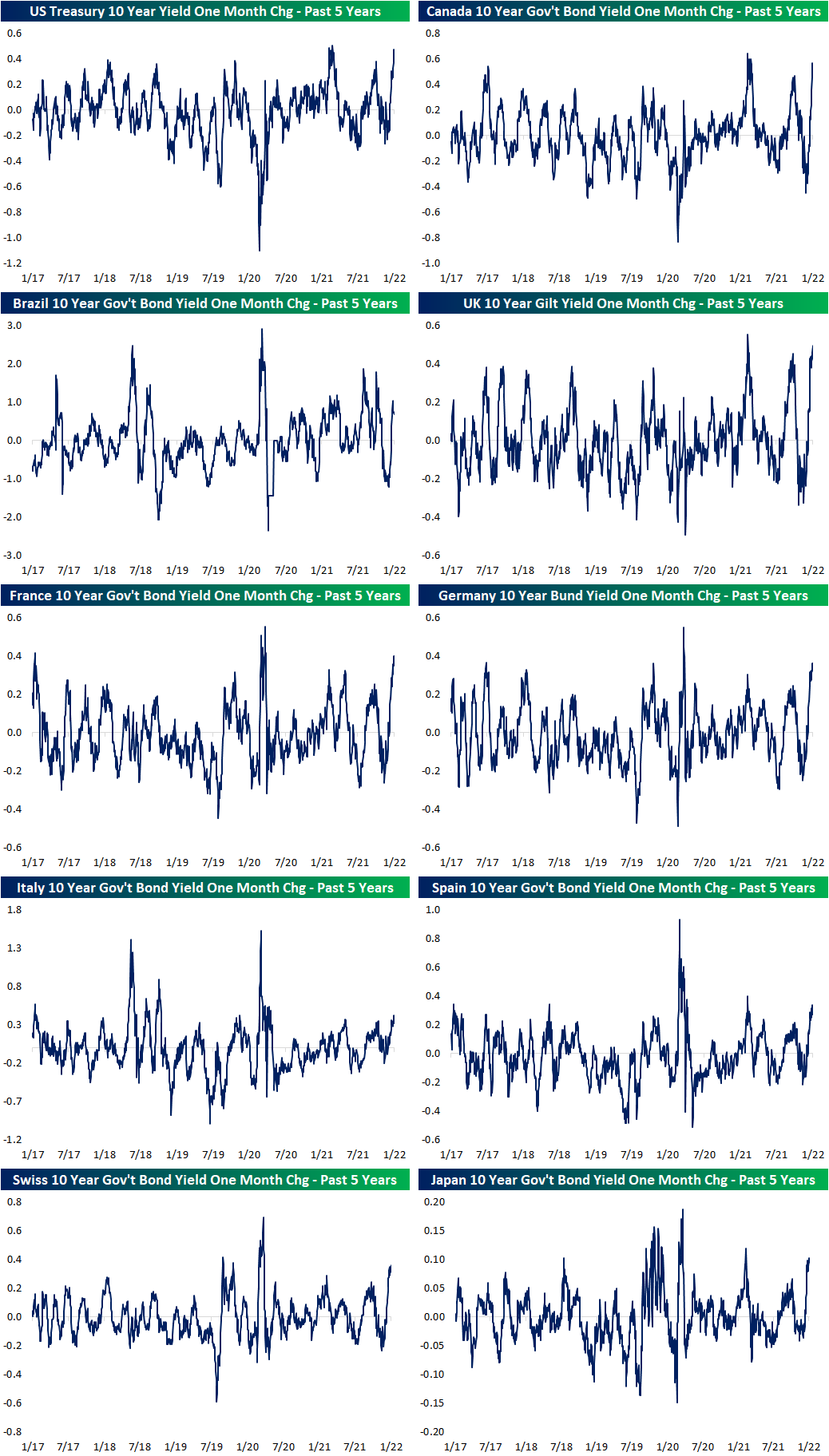