Some Supply Chain Relief in Richmond

The Richmond Fed released their most recent update on the region’s manufacturing sector this morning with the headline index matching expectations falling to 11.  While that indicates a modest deceleration in business activity, the current level is healthy in the 73rd percentile. 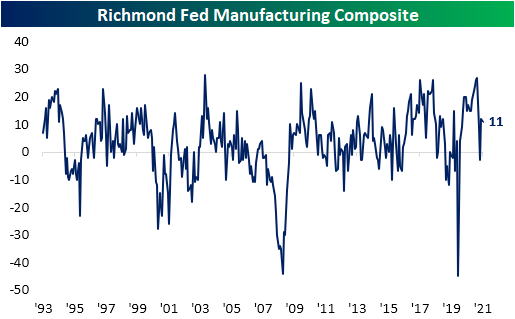 Breadth in this month’s report was generally pretty weak with most components falling month over month.  The only three indices that were higher were Shipments, Service Expenditure, and Average Workweek.  A couple of other indices like Local Business Conditions and Number of Employees were unchanged.  Overall, the report showed improvements on the inflation and supply chain front with decelerating demand and employment metrics. 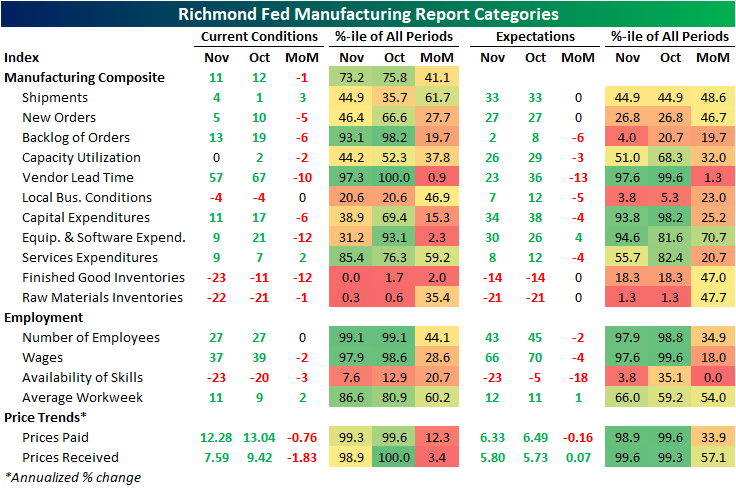 As previously mentioned, Shipments was one of the only indices to move higher in November but even after that improvement, the index is still in the bottom half of its historical range.  The same goes for New Orders which fell 5 points in November.  Meanwhile, supply chains appear to be getting some relief with a decline in Vendor Lead Times that ranks in the bottom 1% of all monthly moves. With that said, the reading remains historically elevated.  That is likely part of the reason there was an improvement in Shipments and Order Backlogs grew at a slower rate. 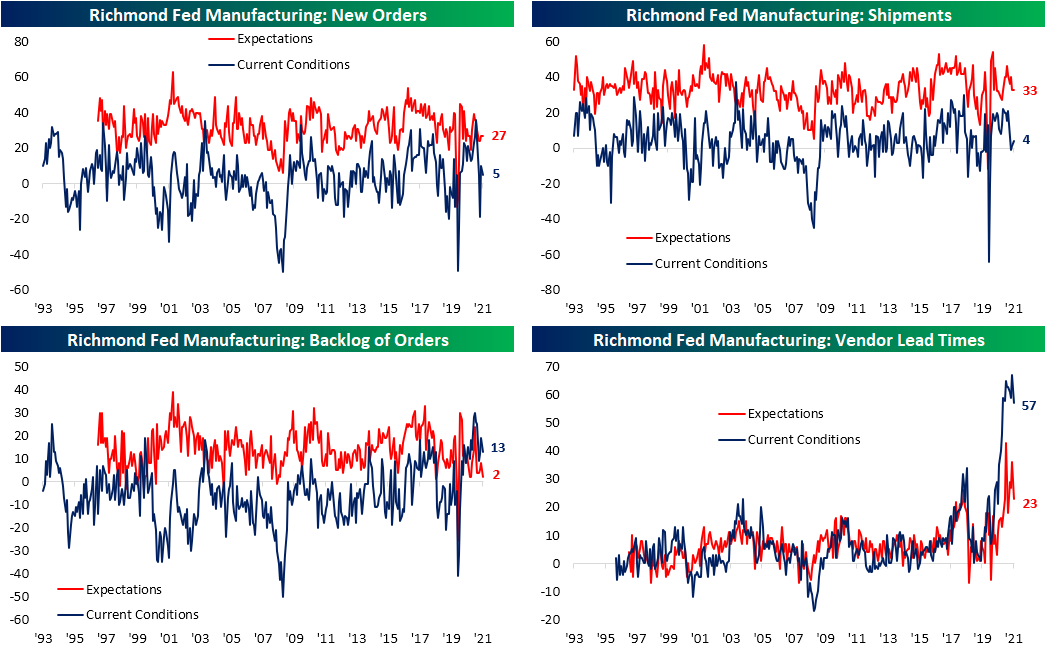 Even if lead times improve, inventories might be of concern.  The past year has seen historic lows in the indices tracking inventory changes. In November, Finished Good Inventories set another record low and Raw Material Inventories fell and are now only slightly above the July record low. 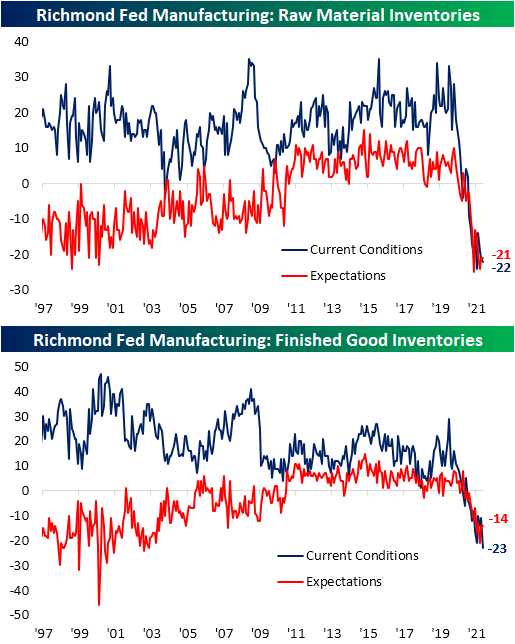 Vendor Lead Times was not the only index in orbit that has been coming back down to Earth.  Prices Paid and Prices Received were both significantly lower in November with the latter coming off of a record high. Click here to view Bespoke’s premium membership options. 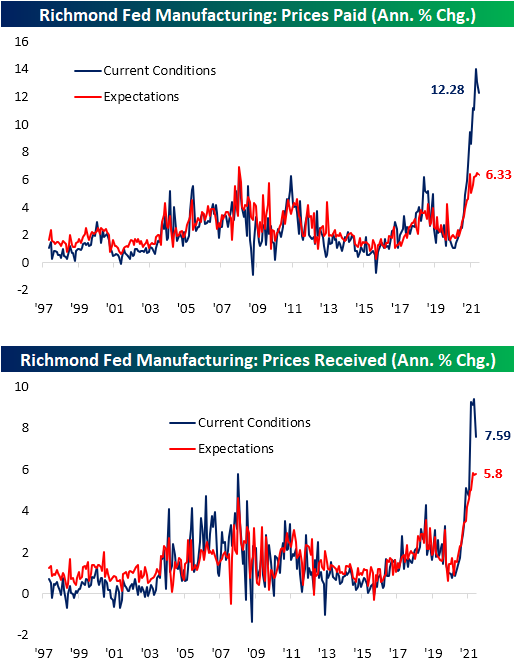